‘The Counselor,’ The Thief, His Wife & Her Lover 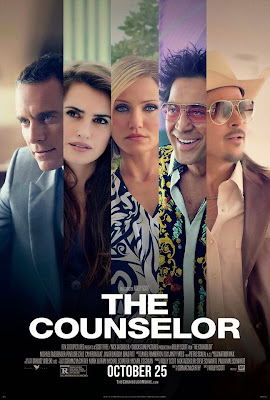 Laura:  Have you been bad?

For film lovers, the idea of putting director Ridley Scott and author Cormac McCarthy together for a film seemed like a grand idea.  Between Scott’s abilities to provide thrilling atmosphere and a compelling depiction of process in his films and McCarthy’s skill for writing about the darkest sides of humanity, while sometimes adding a slight touch of pitch black humor, a project like The Counselor had all the potential to be a strong ensemble thriller, matching up to the Coen Brother’s take on McCarthy’s previous work, No Country For Old Men.  Unfortunately, despite all the atmospheric work done from a filmmaking standpoint, the shallow characterization and lingering story did not quite make this dark tale excel to its fullest. 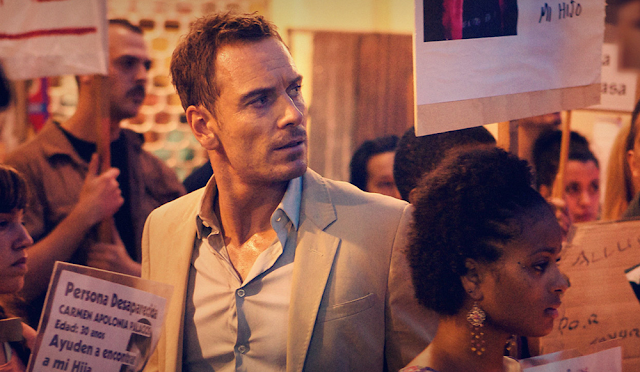 Michael Fassbender stars as the Counselor.  This is a man without a name and little other shading done to provide a backstory for him.  We can tell from the start that the Counselor has confidence in himself, tries to play things smart, is in love with his girlfriend Laura (Penelope Cruz), but is completely in over his head in regards to his latest venture.  The Counselor has recently joined forces with men involved in a shadier side of business, in an effort to make money in drug trafficking.

The Counselor is something of a Shakespearian tragedy, wrapped around the workings of a modern western, with a heavy dose of nihilistic attitudes and neo-noir sensibilities.  Just writing that sentence takes a lot out of me, but this film will no doubt take a lot out of its audience.  The first half is happy with simply lounging around the elaborate homes and locations of the various players involved, complete with everyone providing their own opinions on life and the lives they live.  Once the downfall of the hero, and everyone around him, is set in motion, the film is driven to propel the audience down this spiral with them.  The problem is how the film creates this incredibly dark universe, but populates it with mostly uninteresting characters. 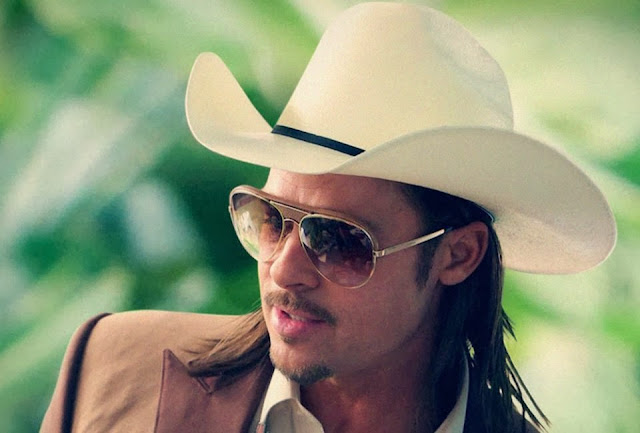 I am about as big a fan of Michael Fassbender as anyone else who has been following his work can be and it is not that he is not delivering, but this story allows for very little of what he is bringing to it to make me have much empathy towards him.  If anything, the film gives its audience plenty of reasons to not enjoy this person, as he willingly involves himself in a grand scheme, despite almost every other character nudging him to pursue a more legitimate option.  Of course, as this is the work of Cormac McCarthy, things proceed down the darkest possible roads anyway and desperation is only one of the ways that most will suffer.

Among the other characters in this film, the most enjoyable work comes from Javier Bardem, who of course created one of the ultimate film villains of all time in the form of another Cormac McCarthy character, Anton Chigurh in ‘No Country’.  While this film finds him relishing the chance to dive back into another dark, McCarthy-originated world, Bardem’s Reiner is a seedy, but charismatic entrepreneur this time around; enjoying life too much to take a step back and realize how dangerous his dealings actually are.  Aside from some of the spectacular nastiness that occurs on screen, Bardem’s scenes feature the most energy, which is not solely related to just his choice of hair style this time around. 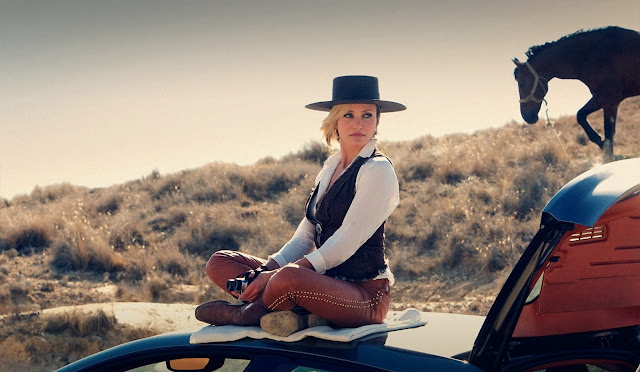 In a film featuring a huge number of supporting players, the most unsuccessful performance comes from one of the most important ones.  Cameron Diaz’s work as Malkina, the scheming, sociopathic lover for Reiner, is a big miss.  While Diaz has successfully dabbled in over-the-top villainy before (see: Oliver Stone’s Any Given Sunday), she feels very much out of place here.  Diaz is an actress I tend to stand up for, as I think she can be capable in a variety of roles, but her delivery of dialogue felt consistently off throughout this film, with the sole exception of a scene set early on between her and Penelope Cruz.  This early scene has the kind of seductive spark required of her character, others have her reading off dialogue as if giving a speech to a high school public speaking class.  While the leading male characters in this film are basically blinded by arrogance, Malkina is supposed to be a woman who will break down anything in order to get more.  The intent behind scenes featuring her character are clear enough, but whatever was going on with Diaz’ direction in this film felt more off-putting than effective, which ultimately takes down the film.

One would have to ultimately lay much of the blame in Ridley Scott’s direction.  Here is a man who is a masterful craftsman at this point, but The Counselor feels much more like one of his 80s films that are all style and atmosphere, while providing little in the way of characterization or compelling narrative to keep one entranced.  There are particular sequences in this film that I loved.  Most of them deal with process.  A scene that shows the setup and payoff of an elaborate “mouse trap” is the kind of visual storytelling that very much plays on a visceral, but structurally sound sequence (with lots of movie logic to allow for).  Another sequence depicts dangers of the drug trade and how to solve the problem of a truck riddle with bullet holes.  These are the kinds of small scenes that Scott can nail, but having the backing of a stronger narrative or characters are reasons why they play even better in his superior features. 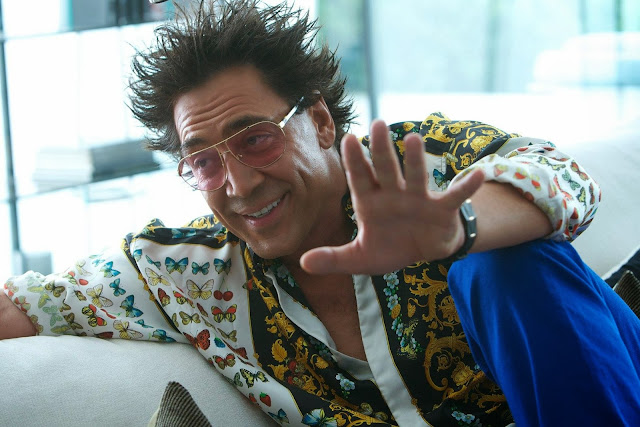 The Counselor lacks a greater whole for these smaller scenes to latch onto.  The film provides little for the fine cinematography by Dariusz Wolski to have an overall effect on, despite the use of multiple locations around the world, with a nice handle on the vastness of the El Paso/Juarez border.  It does not find a way to make this approach to a McCarthy script more enjoyable.  No Country For Old Men may be a film that shares the same sort of darkness, but the Coen Brothers have an amazing ability to bring out a level of quirk (a word dreaded by them and many others) in their story and have the film register on a more palpable level.  The Counselor has a lot going on, but the journey to get there is played fairly straight and not all that engaging.

Reiner:  If you pursue this road that you’ve embarked upon, you’ll eventually come to moral decisions that will take you completely by surprise.  Ones you didn’t see coming at all. 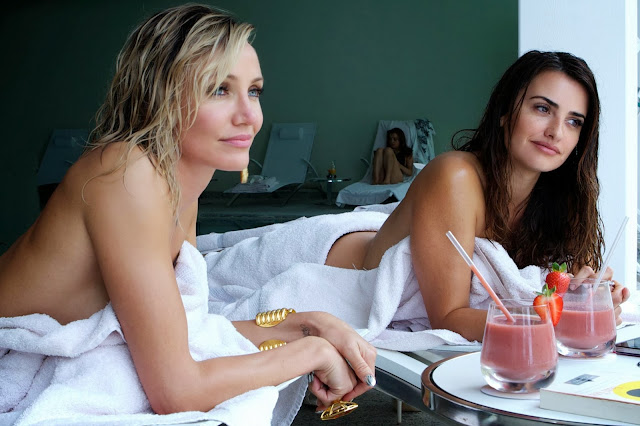 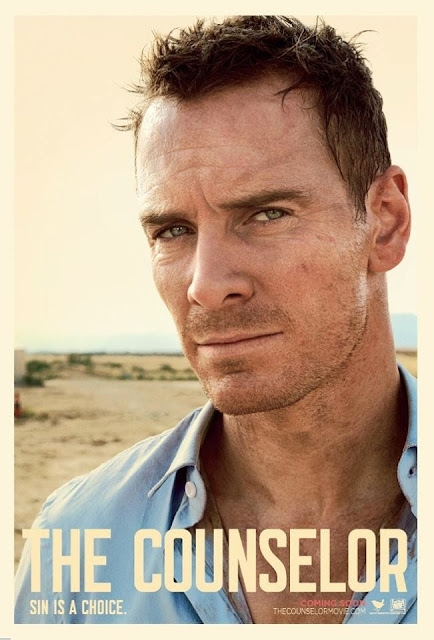 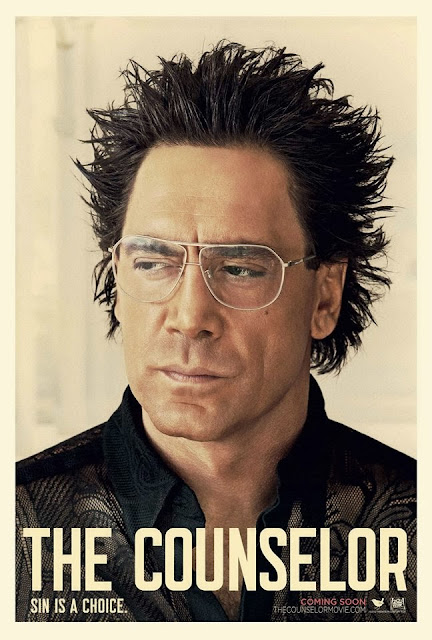