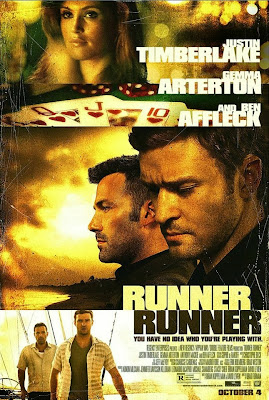 Ritchie:  Why ‘The House’?
Ivan:  Because The House always wins.

Runner Runner is the kind of trashy B-movie that doesn’t aspires to build a whole lot of expectation for the viewer.  It simply wants to be seen as watchable.  The film is harmless in what it presents, but it is a shame that no one really seems to care how effective this film turned out overall.  It has a mix of good actors and good-looking locations, but the screenplay is so bland and paint-by-numbers that the sense of urgency in a film that literally has people hounded by crocodiles feels completely missing.  There is an interesting idea to explore in the world of online gambling and how they are run by offshore companies, but Runner Runner fails to find it.

Justin Timberlake stars as Ritchie Furst, a Princeton kid who works as an associate for online gambling companies in order to make his tuition.  He was once working on Wall Street, but all that fell through and he is now hustling his way through graduate school.  When put in a position where he has to be the one to do the online gambling with the last of his funds, he does his best, only to find that he has been cheated out his money.  Ritchie’s solution is to travel all the way to Costa Rica, where he can confront online gambling tycoon Ivan Block (Ben Affleck).  He arrives, the point is made, and Ritchie receives a new job; working for Block, where he can enjoy the lavishness of Costa Rica, while also riding high on newfound riches.  Of course, these things are never as good as they seem.

The problem with this film is how many obvious bad choices Ritchie makes.  Yes, a movie needs to come from all this, but the situations seem really dumb for a kid at Princeton to be making.  Nevermind the overt danger that a man like Block represents, when you only have a couple more months of grad school and the past experience of riding high only to fall spectacularly, I think I would be inclined to finish what I have been working hard for, given that I had the option.  Ritchie is greedy, I get that, but his choices do not allow me to think very highly of him, as the film goes on.  Instead I have this guy who makes silly choices and is appropriately run through the ringer by everyone. 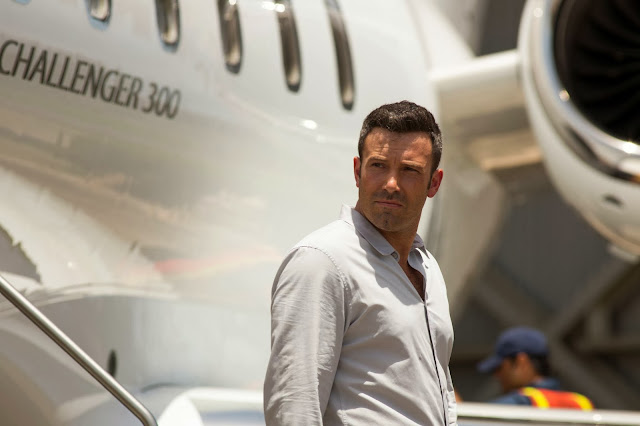 Anthony Mackie eventually steps in as FBI Agent Shavers, whose sole tasks involve threatening Ritchie via exposition and delivering one-liners.  It is as if Mackie is telling Ritchie everything that the audience could no doubt figure out, but is around as it breaks up the scenes of beautiful Costa Rica (the film was shot in Puerto Rico) with gritty tension that supposedly challenges Ritchie to work on both sides of the law.  Here is the thing though, Runner Runner lacks a lot of grit.

Part of this comes down to Justin Timberlake.  I like Timberlake a lot as an actor (let alone the many other things he has proven himself to be good at), but this role does nothing for him.  If the film needed someone with an innocent face, then good job utilizing Timberlake’s baby blues to their fullest, but the role has absolutely no edge whatsoever, and if I am watching the story of a guy who used to be on Wall Street, has been hustling his way through Princeton, and is able to slide his way under the wing of a major player in the online gambling world, their needs to be a bit more edge to this person.  Timberlake does what he can and looks as good as everyone else in their fancy suits, but the (bad) script’s requirements of this character needed a different approach. 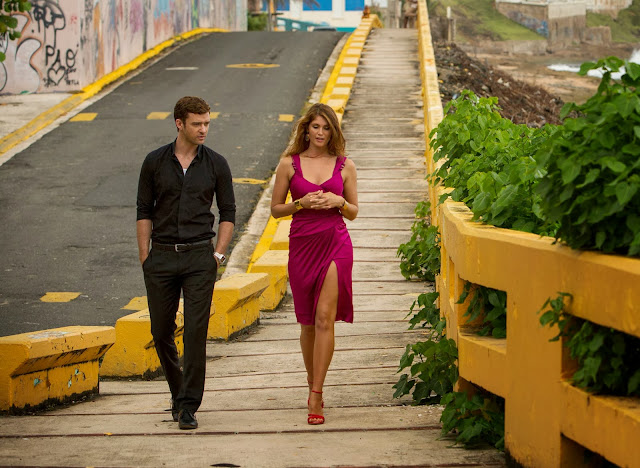 Affleck, on the other hand, seems perfectly at home with his character.  Although Runner Runner feels like the kind of thing Affleck would have signed up for during his 1999-2003 run of films, likely in the Ritchie role that Timberlake plays, he does a good job of playing a sort of charming/smarmy jerk villain, who everyone else can see is up to no good.  There is a certain swagger in this part, which Affleck excels at, leaving me to think that he was at least able to end his Fox contract obligation with style.

I could mention Block’s associate, Rebecca (Gemma Arterton), but the film barely bothers to do so either, except when she is wearing a new, beautiful dress, so who cares?  I guess the kind of person who got what they expected out of a film like this, but doesn’t an audience member deserve a good movie, even when the kind of movie they are watching follows the pattern of other trashy thrillers?  I think of films like Wild Things or last year’s Killer Joe, which are a certain type of film for sure, but are also much more confident in their approach or have something different to offer, other than just a new location and shady operation to dig into. 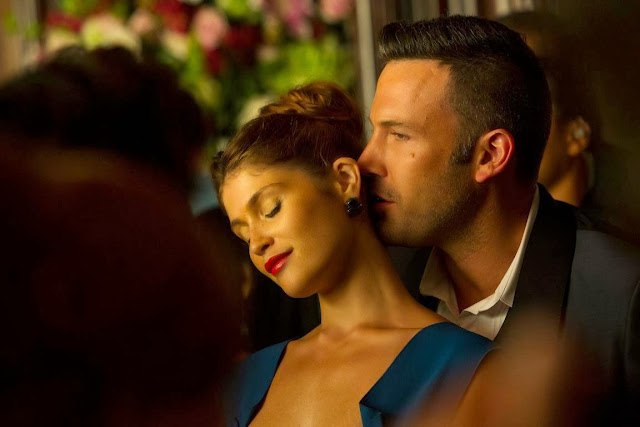 A lot of people deserved better here; namely director Brad Furman, who made the much superior film, The Lincoln Lawyer, back in 2011.  Runner Runner feels like the kind of thing that can set a director back, though he is not to blame, it comes more down to the script by Brian Koppelman and David Levien, who have previously written films like Rounders and Ocean’s Thirteen and seem to have put together this screenplay after digging a draft out an old filing cabinet.  As a result, Runner Runner has nothing in it so bad to warrant hatred, it just sits as a non-energetic, forgettable piece of work that looks great, but leaves you feeling nothing.

Agent Shaver:  I love screwing over Princeton guys, because I went to Rutgers. 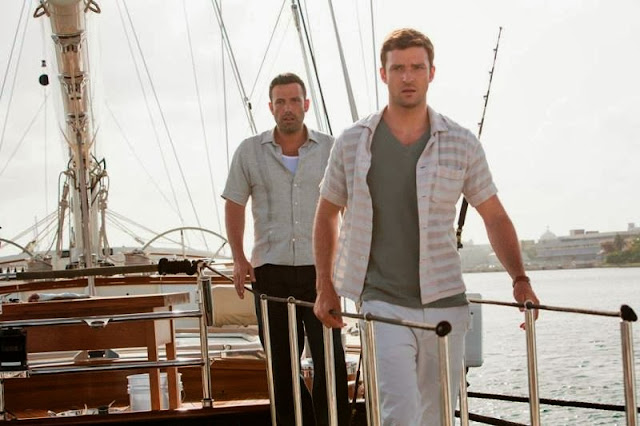 Aaron is a writer/reviewer for WhySoBlu.com.  Follow him on Twitter @AaronsPS3.
He also co-hosts a podcast, Out Now with Aaron and Abe, available via iTunes or at HHWLOD.com.
By Aaron Neuwirth
2013 Films Anthony Mackie Ben Affleck Brad Furman Drama Gemma Arterton Justin Timberlake Thriller
Reactions: