Nothing Wrong With Having A Good ‘Escape Plan’ 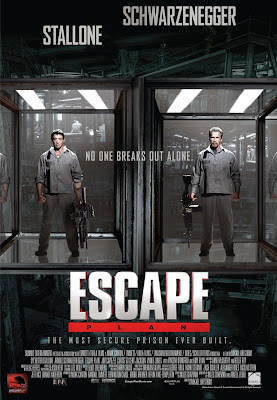 Ray Breslin:  I break out of prisons for a living.
Emil Rottmayer:  You don’t look that smart.

While assembling a dream team of 80s/90s action stars in The Expendables films may not have panned out to be something as epic as I would have wanted, Escape Plan more or less captures the sense of fun that I like out of these sorts of films.  It may have to do with limiting the cast to two iconic action heroes.  There may also be something to be said for the restraint seen on the amount of action they actually have to perform.  Really though, it must come down to the fact that I really haven’t seen these guys play in a film like this before.  Escape Plan is a very silly movie, full of cheesy dialogue, and plays into a lot of clichés, but at least the premise never stopped being interesting and the film remained fun throughout. 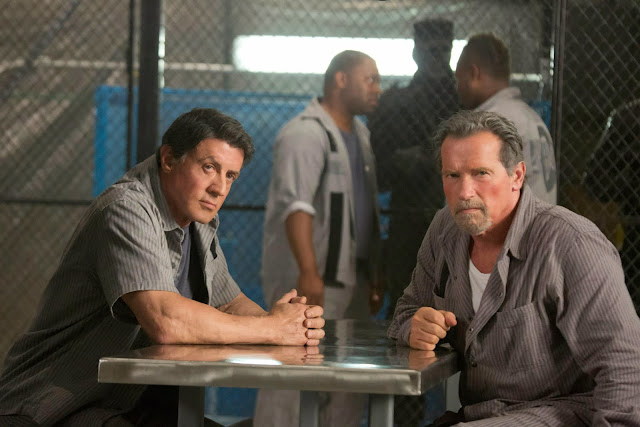 Sylvester Stallone stars as Ray Breslin, a man whose specialty is having himself incarcerated in maximum security prisons, only to find a way to break out of them.  Breslin is damn good at his job.  He has a team of people that work with him that includes Amy Ryan, Vincent D’Onofrio, and Curtis “50 Cent” Jackson.  They are offered a hefty sum of money (double the normal rate) to have Breslin attempt to break out of a prison so secret they can’t even be told where it is.  The job is accepted, but Breslin is double-crossed even before he arrives in this super-secret, inescapable prison known as “The Tomb.”  Once settled in, with a welcome wagon that includes beatings from Vinnie Jones and sinister moustache twirlings from Warden Hobbs (Jim Caviezel), Breslin is perplexed, but not broken, as he attempts to find a way to escape.  Lucky for him, a fellow prisoner, Emil Rottmayer (Arnold Schwarzenegger), is happy to lend a helping hand.

The joy of a movie like Escape Plan is that it knows what kind of movie it is, but still manages to show you something new.  I can get to why this movie is completely ridiculous and certainly does not enter into the upper echelon of previous action movies from both Stallone and Schwarzenegger that can be seen as classics in their genre, but for now, I would rather focus on why this premise is so juicy.  First off, I haven’t seen a move about a guy who breaks out of prisons for a living and is then tasked to not only break out of the most complicated prison ever, but bust open an international conspiracy, where The Tomb is apparently a hotspot of information.  That right there is a way for Escape Plan to find a way to keep itself moving.  Secondly, this film does right by the way it handles Stallone and Schwarzenegger, which is something that could have easily sunk this film, were it to be handled differently. 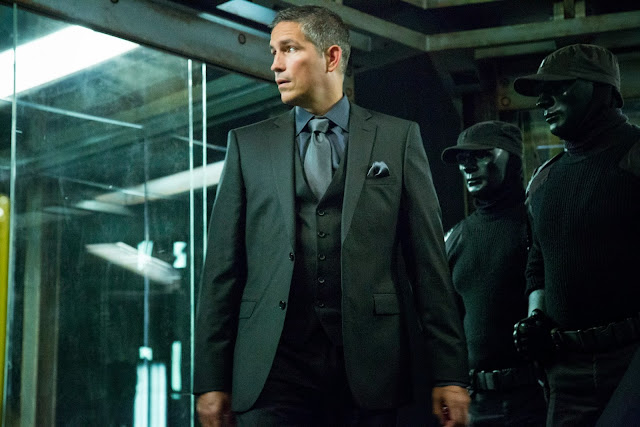 Is either of these actors really knocking it out of the park?  Not quite, but they give their respective roles exactly what is needed – a sense of confidence that relies on the weight they bring to a film, having served as iconic action heroes.  Little is really needed in terms of who these characters are because you already know who they are.  In a movie like this, give the audience the basic sketch of what these guys represent and they are set.  Stallone breaks out of prisons.  Why is he so good at this?  He’s Stallone and that’s what the script says. I buy it (that said, based on some of his accomplishments, Stallone is basically playing as the smartest character he’s ever had a role as in film).  Schwarzenegger is less of a character here and more of Stallone’s sounding board, who occasionally does some heavy lifting of his own.  It works and Schwarzenegger at least seems much more comfortable acting again (between this and the underseen The Last Stand from earlier in 2013, Schwarzenegger has been doing quite well for himself on film, after embarrassing himself in Expendables 2, let alone real life exploits).

The other thing that helps these actors out is the limits of display on their physical prowess.  Yes, Stallone and Schwarzenegger are still providing a physical presence on screen and they get involved in some action, but there is a good majority of the film that allows for them to just interact with each other and the rest of the cast, without finding a way to depend on only their aging muscles to make a film like this work.  This is most certainly a “guy movie,” complete with one-liners, fight scenes, and other old school action fun, but it is a confidently made one, when it comes to knowing what having these two screen presences can give you, when it does not involve pounding each other. 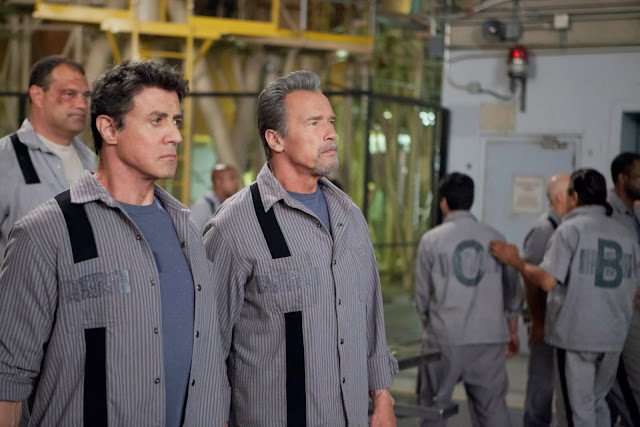 Of course, Escape Plan is also very silly.  There is not much of a reason for me to go over all of the various logic problems that involve Stallone’s profession or The Tomb itself, but this is not the kind of movie that one expects to be flawless.  Does that mean it gets a pass?  Of course not, but enjoying something does not always amount to being able to check off whether or not this film passes tests surrounding realism.  I walked away from Escape Plan feeling I had a great time.  It delivered on its premise and made good use of Stallone, Schwarzenegger, and other members of the cast (Caviezel may have had an ever-changing accent, but he was also having a blast as his character).  Along with some of the standard action beats, the film had some unique touches as well, while still approaching a tone fitting of the eras when its lead stars were most popular.  Not an exemplary modern action must-see, but a fun, rough-and-tumble matinee for sure.

Emil Rottmayer:  If you don’t get out, I kill you.
Ray Breslin:  Fair enough. 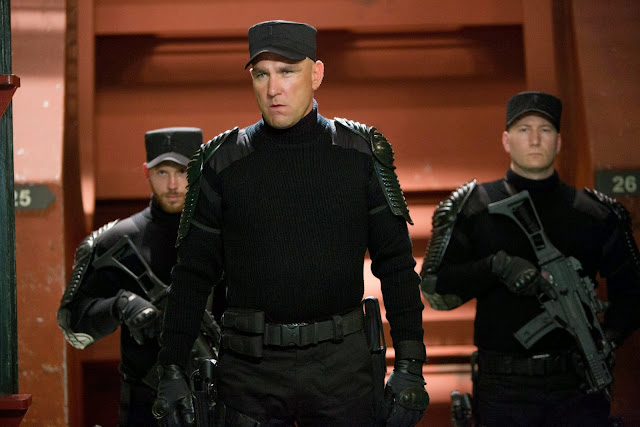 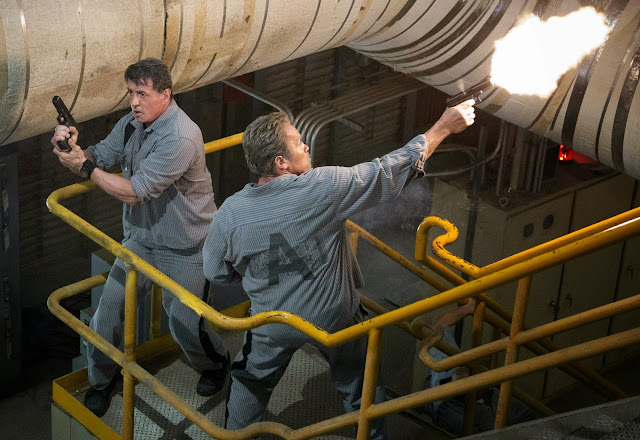