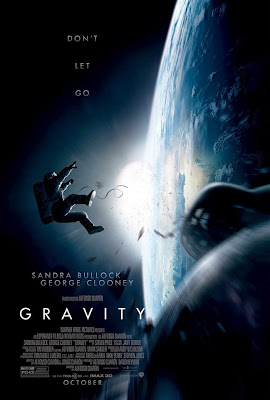 Gravity is an answer to what film can be all about.  It charts a journey for a character, while presenting it in a most spectacular fashion.  The amount of work that must have went into carefully crafting every aspect of this film, from the story to the tiniest visual detail that rears its head, is practically implausible for me to think about.  This is a film that took years to develop, film, and release, but is such a triumph in almost every way that the wait was most definitely worth it.  Every now and then there will be a film that I greatly anticipate for reasons beyond just expectation of an entertaining experience.  Gravity more than met that level of expectation.

The setup for this film is incredibly uncomplicated.  Sandra Bullock and George Clooney star as Dr. Ryan Stone and Matt Kowalski, two astronauts performing a mission in space.  Stone is a rookie, while Kowalski is a veteran of space expeditions.  Everything goes awry, once the debris from a satellite crash into the space shuttle Explorer, leaving Stone and Kowalski stranded in space.  With a limited air supply and no contact with Mission Control available, the two must work with very limited options in order to find themselves a way home.

It is amazing how scary the idea of this film is in concept.  I am likely never going to go to space, but the thought of being stranded in total nothingness is most definitely a frightening one.  Gravity is intent on pushing that fear to the fullest by allowing the viewer to witness one crazy situation after another, as we watch astronauts struggle to make contact with anything that can help them out of an impossible scenario.  The fact that real time is applied to many of these scenes, thanks to the wildly inventive use of extremely long, single shots, the thrills of these scenarios are pushed to their most extreme.

Director Alfonso Cuaron, who co-wrote the film with his son, Jonas Cuaron, gained a lot of attention for the long shots in his previous, masterful film, Children of Men.  Gravity is certainly the next big step in terms of running with an approach that worked very well before.  Even with a modest budget, compared to other science fiction dramas, Gravity looks incredible at all times and features several sequences that appear to be one long shot and last well over 10 minutes.  Keeping in mind that this is a film set in space and featuring actors that are constantly floating and bouncing around in all different directions, it is not a matter of picking out what is real and what is not, it is simply acknowledging that Cuaron made a film that suggests anything is possible in film, while still keeping everything…ahem…grounded in reality.

There is no use in really delving into how scientifically accurate any of this is, as Gravity is a movie after all and it presents scenarios that are not necessarily improbable, but certainly not predictable as far as real life is concerned.  Providing insight into space shuttles, satellites, and spacewalks can be a nice way of finding tiny issues, but Gravity very clearly wants to provide the viewer with a certain level of knowledge and understanding of the reality it bases itself in.  From the start it is clear that no sound exists in space and the film will rely on the kind of movements that are possible in a zero-g environment.  That is honestly all I needed and the film does exactly what it needs to in order to make these thrilling sequences work best.

If I have tried to make anything clear so far, it is that this film is visually impeccable and operates on a consistent, detail-based reality, making it easy to go along with the idea of this disaster-fueled story.  If that is all one needs to convince them that they will enjoy this film, then good.  Seeing this film is so much of a great joy that I am pretty much happy that anyone goes to see it, as it will mean better business for an original, big-budgeted, high-concept film that deserves its praise.  That said, there is much more to Gravity than just the visual splendor.

Overall, Gravity is a film about fixing a problem.  That is clear enough, as astronauts are stranded in space and certainly need to find a way to get out of that situation.  With that said, the film has so much more to offer, mainly with the character of Stone.  Without going into too much detail, Stone is on a journey to move on in her life, given the various forms of tragedy she has experienced, as well as fully grow into her role as a person accomplished enough to be in space, operating on a mission.

One could think that an actor may be limited by the amount of visual effects present, but Sandra Bullock is absolutely terrific as Stone.  She is given the bulk of the amount of screen time, when it comes to following one of the astronauts through this incredible journey and she really gives it her all.  It is not just acting flustered when the time calls for it, as Bullock shows an incredible amount of range needed for this role, as she contends with being overwhelmed, struggling to breathe, dealing with isolation, accepting the idea of death, and expressing innovation.  There is more than enough required from an actor’s standpoint in this film and Bullock pulls off everything required of her to great avail.

This does not shortchange George Clooney either, who manages to work in all the best ways he can for what is needed of him.  Clooney is essentially required to exude confidence, even as his playful demeanor quickly switches to stern and serious.  By having someone like Clooney delivering in the way that he does, Gravity is allowed to really put the audience’s nerves through the ringer, given that his ‘rest assured’ attitude keeps the extremes from becoming too much, while still clearing enough room for Bullock’s emotional core of this film to stay plainly in focus.

All of this and it is still clear to me that Alfonso Cuaron is just as happy to show how inspired he was by other space films that came before him and no doubt inspired him and so many other filmmakers over the decades.  Be it 2001: A Space Odyssey or Apollo 13, Cuaron has found ways to acknowledge the placement of these films in history, while also using his talents to direct a film that can rank right up there as well.  Matched with what must be a dedicated crew, including his longtime cinematographer Emmanuel Lewbezki, who creates so much beauty amidst so much chaos; and composer Steven Price, who has created an emotional and propulsive score, Gravity is a film with a lot of effort put in to have it reach its full potential.

I briefly mentioned Children of Men early on, in regards to its wonderfully composed long shots.  It is great to point those scenes out, but the film is much more than that, given the story being told, the journey the characters go on, the world-building that occurs, the symbolism, and so forth.  Gravity functions in a lot of the same ways.  The film is less complex and is barely 90 minutes long, but there is a great wealth of material to take in, with regards to the characters and all other elements that go along with this journey through a disaster situation, if one allows them to become completely absorbed by it.  The simple way to state this would be by naming Gravity as ‘the arthouse take on a space disaster film’ but it is more than that; it is a film that puts forth the best efforts of everyone involved to create a truly exciting masterpiece of cinema. 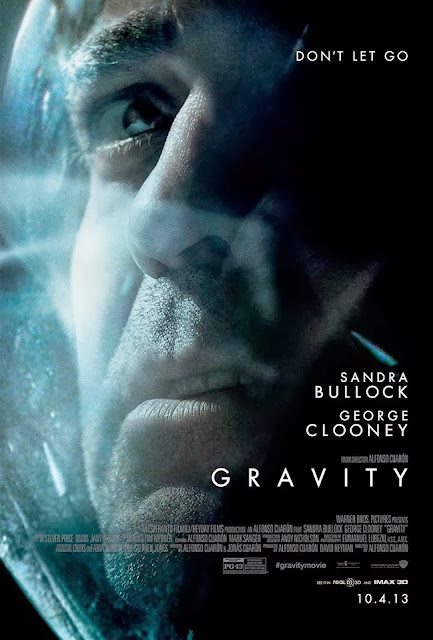