‘Ghost Team One’ Gets The Job Done 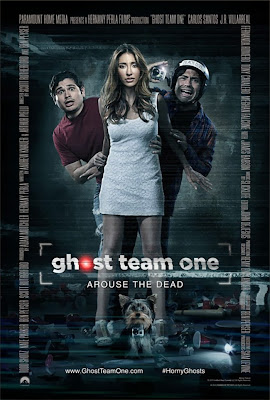 [Note: This review was originally published on WhySoBlu.com, when I saw the film at the Newport Beach Film Festival.  The film is now on the verge of opening in theaters and on VOD this week.  I should also point out that my screening of the film was packed and I had just gotten out of a screening of The Iceman, so I was definitely in the mood to laugh.]
Sergio:  I would like to report an emergency, there’s a demon in my house… … They hung up on me.

Here is the humorous plot synopsis for Ghost Team One:  In early 2012, filmmaker Billy Chen answered a Craigslist ad looking for someone to document possible paranormal behavior.  What he found were two sexually retarded friends (Carlos Santos and J.R. Villarreal) scheming to impress a beautiful woman (Fernanda Romero) who believed their house was haunted.  They were willing to face their darkest fears to get in her pants, but found themselves much closer to a demon whore than the woman of their dreams.  Warning:  This film is not for those with weak hearts or strong genitals.

I remember hearing about Ghost Team One and how it premiered at Slamdance this past winter, but was not sure what it was, aside from knowing that it won over its audience.  Learning that it was essentially going to be ‘Harold and Kumar’ meets Paranormal Activity, I had a general idea of what I was getting into, but still not quite sure how I would respond.  To some surprise, this was one of my favorite films of the Newport Beach Film Festival, simply because I laughed out loud a lot during this film.  I saw a few nice comedies throughout the week, but none of them made me laugh as hard as Ghost Team One did and I give this film a lot of credit for being able to do so, especially since I was practically burnt out, after a week of screenings.

For those concerned by either the premise or the humor, I can say that even the most jaded person that dislikes all the Paranormal Activity films may be one over by what Ghost Team One accomplishes.  It very much follows the same formula, but the humor is fully capitalized on and handled greatly by actors who seem to bounce very naturally off of each other.  From what I understand, while the story beats were in place, the script essentially allowed for a lot of improv between the two lead characters, Sergio and Brad, along with all the other cast members that bounce in and out of the story.  As a result, the film feels very authentic and while a lot of the humor is very R-rated and, at times, very juvenile, it reflects the kind of people that actually exist and could act in this heightened sort of way. 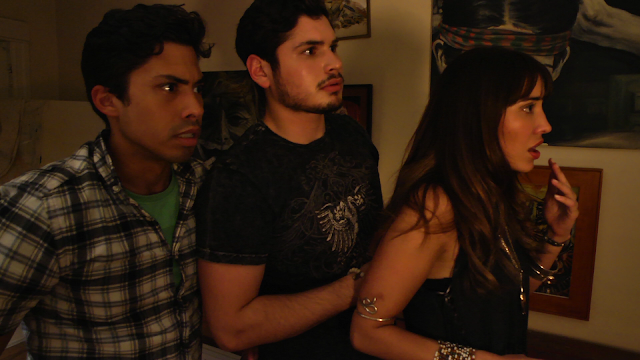 Another surprise was the horror factor.  While Ghost Team One is very much a comedy, I was quite pleased at how the film actually has some good jumps in it, complete with the ability to establish a fitting level of atmosphere to keep things tense.  Achieving the balance of humor and horror can always be tricky, but the film does a very good job at making it all work.  Writers/directors Ben Peyser and Scott Rutherford manage to get a lot out of making a low-budget found footage film (that could be a redundant piece of phrasing), utilizing a lot of different types of handheld cameras, and making the most with the effects and settings at their disposal.  If there is one thing to knock against the film, I would say that it does not quite know how to wrap itself up the most effectively, but it is really a minor point, as the film is so much fun throughout that the energy really carries it through.

In a year where there seems to be nothing at all appealing about films like Scary Movie 5 or A Haunted House, which are attempting to do the same sort of thing, to an extent, I am so happy that a film like Ghost Team One exists and can only hope that it finds an audience.  While very funny (and actually scary at points) on its own, the film would play so well with a large audience in a large theater.  I can only hope that the buzz gets built and pays off in the long run for everyone who actually does get to check it out.  Ghost Team One was a great time at the theaters and a great way to close out my experience at the film festival.

Sergio:  Did you just have sex with a ghost? 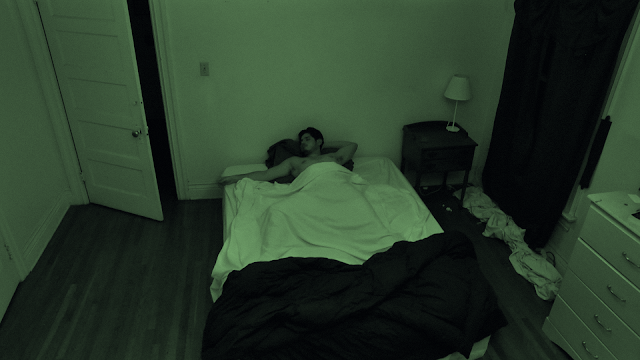 Ghost Team One will be released theatrically and on VOD on October 11th. Check out the film’s unrated trailer here: