‘Carrie’ Is Back, With A Vengeance 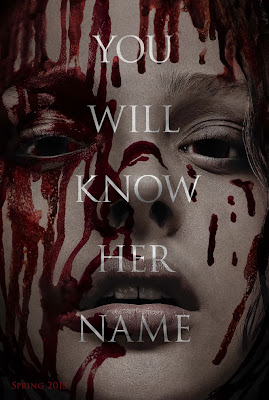 Carrie White:  The other kids, they think I'm weird.  But I don't wanna be, I wanna be normal.  I have to try and be a whole person before it’s too late.


The big question, when it comes to remaking classic horror films, is, “why?”  What is the purpose of taking a popular film and giving it another try?  Money is one of the easy answers, but what else?  Carrie seems like a film that does not exactly lend itself to being remade; as the story’s basic structure holds up today.  With that, sure, let’s take away the fact that the original, Academy Award-nominated film from 1976 still plays well enough today.  I guess one could argue that having a redo opens up the story to a new generation of viewers.  That is all well and good, but I am not so sure this new version of Carrie overall knows what makes the original film so effective.  Making it more frustrating is how there actually is a good hunk of movie within this new iteration of the old Stephen King story.  At least Prom was fun while it lasted. 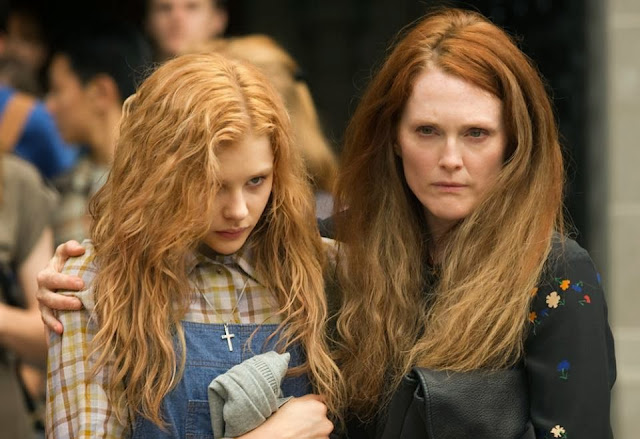 Chloe Grace Moretz stars as Carrie White, a homely girl and high school senior, who has had an unfortunate upbringing thanks to her overly religious, deranged mother, Margaret (Julianne Moore).  Carrie’s upbringing has been so challenging that the day when she experiences her very first period at school, there is nothing but fear in her mind.  This does not go over well with the other girls, who taunt Carrie in the locker room, while she freaks out.  Enemies are born following this event, as most of the girls are punished for their treatment of Carrie; most notably Chris (Portia Doubleday), who is suspended from school and not allowed to go to prom, following her choice not to participate in the punishments dictated by their gym teacher, Ms. Desjardin (Judy Greer).  These circumstances are not going to go over well as the story carries on.

There are other ways to explain the plot of this story, but I want to focus on the aspects I have described above, as it is where the film works best – the treatment of Carrie in a 2013 high school world.  Along with the supernatural side, which I will get to, the work done in building up to the key scene at the prom is handled really well.  While maybe not reaching the heights that director Brian DePalma accomplished in the original film, this new version certainly stands as one that could have measured up to it.  Moretz carries the film rather well, even when it comes to downplaying beauty and spunky side; Moore sells the role that Piper Laurie was so famous for, without overdoing it, as far as playing a crazy, overly-religious mother goes; and Judy Greer may have been my favorite thing in this whole film, which has a lot to do with how much I like Greer, but also because of how grounded the character is. 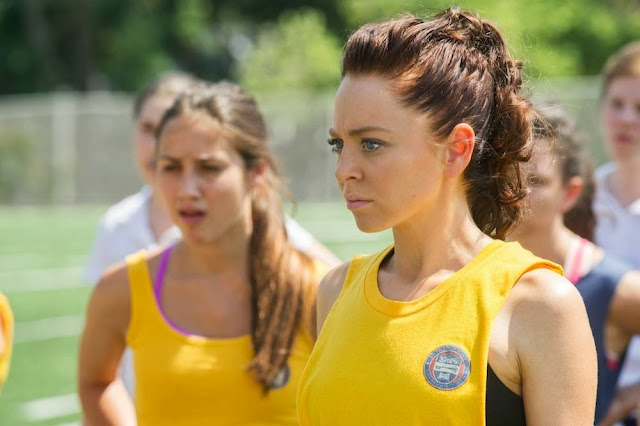 While this new Carrie does follow the original pretty much beat for beat (not the book, but the original film), its setup is quite strong, which may partially come down to the meanness factor.  While I think the original film is great, it is hard to get past how frustratingly mean practically everyone in the film is to Carrie.  This version dials that down a notch, with minor attempts to get in the heads of her tormentors, which includes more indications of an actual loving mother, deep within the messed up cruelty that Julianne Moore delivers this time around.  None of this really effects the inevitable, but it was a nice touch, given that Lawrence D. Cohen, the man who adapted the original Carrie was back as co-screenwriter this time around as well.

Unfortunately, it is the key scene in this film that ultimately botches the goodwill that this remake had built up so well.  To back up a bit, the other thing that occurred during Carrie’s first period was her sudden ability to move things with her mind.  This is expanded upon in the remake, as technology and audience desires have altered cinema enough to show off this kind of power.  The fact that it is more of a presence is not bad though, as it looks quite good and sets up what is in store for later, with an appropriate level of menace.  One more gap to fill in, story-wise, is the fact that Carrie gets the chance to go to prom, thanks to Sue Snell’s (Gabriella Wilde) conscience kicking in and having her put her boyfriend up to the task of taking Carrie in her place.  This all leads to a crucial scene involving Carrie’s ultimate humiliation. 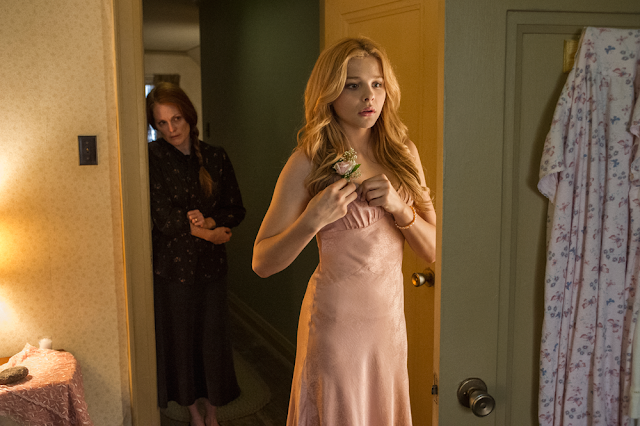 The problem I have is the handling of this entire sequence.  Once the bucket is turned over and the true horror of this film takes place, the impact works more on what seems like the desire of a studio to satisfy an audience’s bloodlust, rather than make it feel like a situation that has escalated to something far beyond anyone’s control.  Basically, the consequences seemed “too cool” for me.  The vengeance was also very directed, as opposed to making the end result feel like a horrific tragedy for all involved.  This could be due to how a studio wants to handle this sort of large scale sequence, based on sensitivity in regards to real life tragedies, but then again, this was a film that always had a horrific ending, which filmmakers would have to contend with.   I have made a lot of vague references made to what actually went on, as I do not want to spoil the ending of a very popular horror story, but suffice it to say that I was really displeased by the way this section of the film played out.

It truly is a shame, as Carrie did work for me most of the way through.  I found the performances to be solid.  The film felt genuinely well made, with director Kimberly Peirce (Boys Don’t Cry) doing enough to create a convincing high school atmosphere for this modern time, along with tense scenes between Moretz and Moore.  However, while the telekinesis special effects work was strong in smaller doses, the look of it (and Carrie) in large scale action was pretty silly, again taking away from the impact of the most crucial part of the film.  While I would not say it was as frustratingly bad as 2011’s The Thing, Carrie was certainly nowhere near the 2004 Dawn of the Dead remake or even the Evil Dead re-imagining from this year.  The chance was there, but this new spin was ultimately a letdown.

Carrie White: Mama that's not even in the Bible, it doesn't say that anywhere.
Margaret White: Go to your closet and pray. 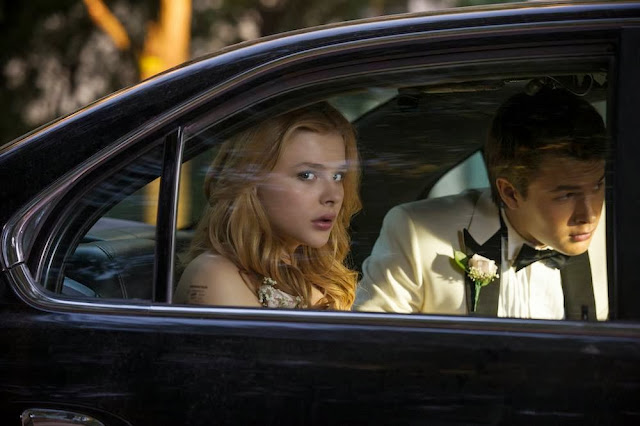 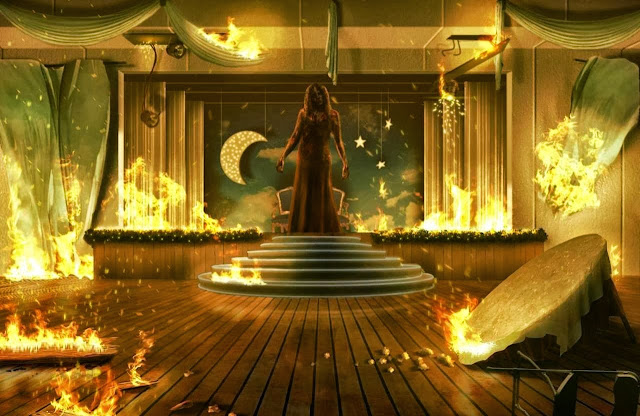 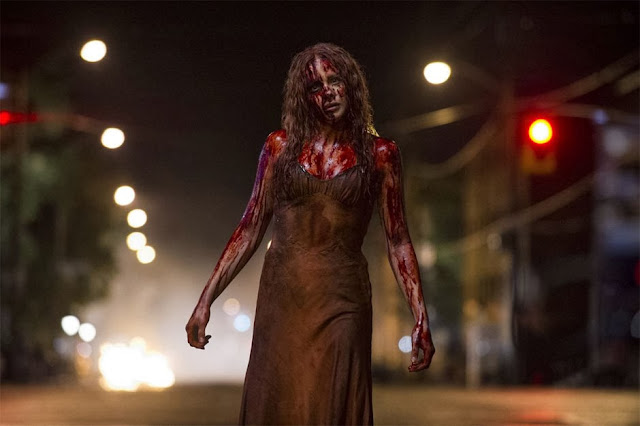