‘A.C.O.D.’ Finds Laughs And Some Truths About Divorce 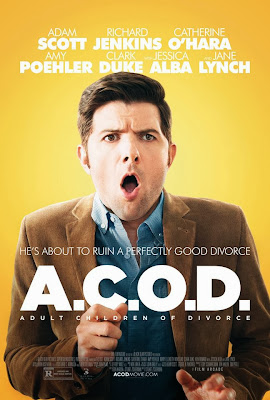 Carter:  You have both turned a 9 year marriage into a hundred year war.

Just so I can get this out of the way, A.C.O.D. stands for ‘Adult Children of Divorce’.  That actually makes the title of the movie sound less important than it is, but it will be tough to predict how often I plan on calling back to the full title of this movie.  Regardless, as both a fan of the ensemble comedic cast in A.C.O.D. and an actual A.C.O.D. (though I’m working on the ‘Adult’ part), I had a lot of fun with this film.  There is a lot of humor found in the exaggerated situations that this film puts its characters in, but still has a core sense of truth in its comedy.  It is not the most laugh out loud comedy of the year, but I did enjoy where a lot of these laughs were coming from, as the film had some fun material to work with. 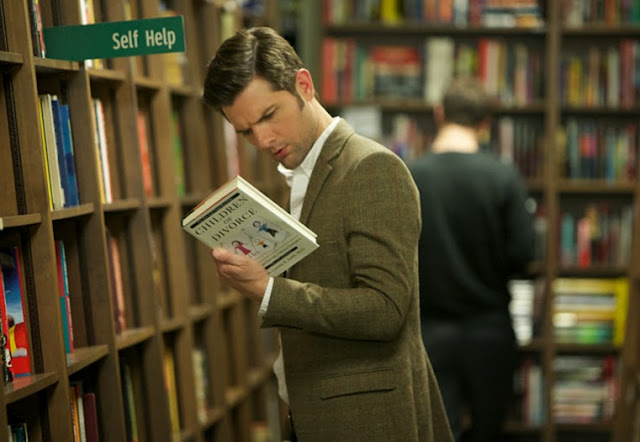 Adam Scott stars as Carter, a grown man who manages his own restaurant and has a loving girlfriend (Mary Elizabeth Winstead).  He has a younger brother, Trey (Clark Duke), who has just announced he is getting married.  This news is a bit surprising, partially because Trey lives in Carter’s garage, but more so because it means potentially putting their parents in the same room together for the wedding.  Carter’s parents, Hugh (Richard Jenkins) and Melissa (Catherine O’Hara), have been horrible to each other in the past and have not spoken for 20 years.

As a big fan of Adam Scott, I was quite pleased to see him as the lead in a comedy.  While this film is certainly a modestly budgeted feature, which was well received at the Sundance Film Festival earlier this year, the cast lineup is quite strong and Scott is solid at its head.  He shares an ability similar to Jason Bateman, where he can play the straight man pretty effectively, while still scoring a number of laughs himself, based on reactions or line readings.  At the same time, there is a certain amount of sadness for this character, which is not touched upon too much, but lends the film a sense of authenticity that keeps the premise grounded. 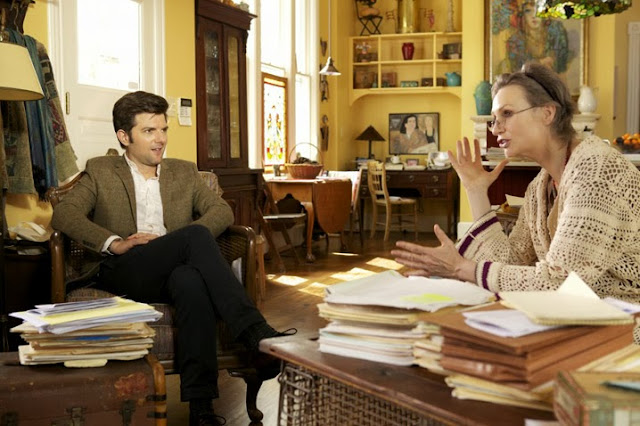 Keeping the premise grounded is especially important when Carter learns that he was one of the subjects of a study about children of divorce, which was later turned into a bestselling book.  This study was conducted by Dr. Judith (Jane Lynch), who Carter contacts after dealing with his parents for the first time in a while.  This leads to Dr. Judith developing the idea to write a new book about A.C.O.D.s, as there are no real documented studies about this much larger generation concerning these types of adults.

It is a fun jumping off point, but the Dr. Judith plot is much less the focus compared to Carter dealing with his parents.  Richard Jenkins and Catherine O’Hara have a lot of fun playing these ridiculously selfish characters that become strangely reunited, after Carter forces the two to sit together for just one evening.  Jenkins, in particular, is delighting in being a seemingly well-mannered person, who is in fact a vulgar lothario.  The rest of the cast is having fun too.  Amy Poehler, playing the…polar opposite of her character on Parks & Recration (which also stars Adam Scott) is enjoyably evil, as Jenkins’ current wife.  The White Shadow himself, Ken Howard, has a nice role as O’Hara’s current husband.  And because why not, Jessica Alba shows up as one of the other former subjects of Dr. Judith, but she has nice chemistry with Scott, that lends the film some quitter energy. 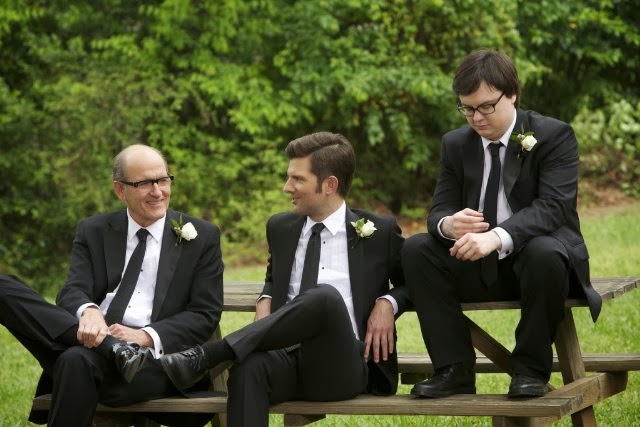 The obvious reason that describes why I enjoyed the film is that it made me laugh.  I think the cast is strong enough to elicit plenty of laughter from me and writer/director Stu Zicherman has written a pretty tight screenplay that allows the film to play broad, while also remaining fairly clever in how it develops.  What helps is that the film focuses on humor that comes from the reality of the characters’ situations in life, based on this history of divorce.  Obviously things are raised to a heightened level, as this is a movie, but it does a good job of giving you a sense for who all these characters are, without feeling bogged down.  The movie lasts about as long as it needs to and ends on a particular note that I really enjoyed.

A.C.O.D. runs into a bit of a reliance on throwing up jokes at every turn in an effort to hope that something sticks, so everyone can have a laugh at some point, but for the most part, the film works as a human comedy, with enjoyable beats throughout.  It tackles a real situation with some clever ideas used for comedic advantage and makes good use of its cast.  It’s a smaller film that I found myself enjoying a lot. 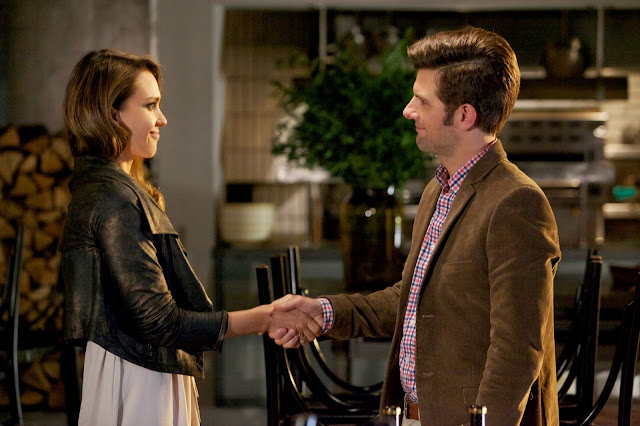 A.C.O.D. opens in limited release on October 4th and will spread wider in later weeks.