Line Up Your Sights And Take 'A Single Shot' 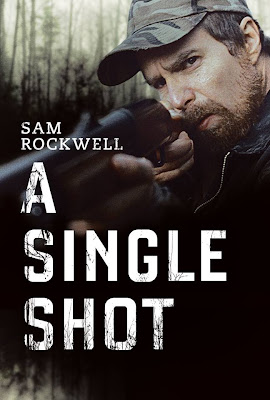 [Note: This review was originally published on WhySoBlu.com, when I saw the film at the Newport Beach Film Festival.  The film is now on the verge of opening in theaters and on VOD this week.]

Pitt: Most problems aren’t as bad as they seem, the thing is you’ve got to deal with them before people get backed into corners.

A Single Shot is a dark tale fitting of its moody tone.  This film tells the sad story of John Moon (Sam Rockwell).  While stalking a deer out of season, John accidentally shoots and kills a teenage girl.  While trying to dispose of her body in an abandoned container, he stumbles upon a large sum of money.  John of course feels the guilt for what he has done, but also sees this as an opportunity to help his family, despite the fact that John’s wife, Moira (Kelly Reilly), recently left and took their son with her.  Unfortunately things become much more complicated as John gets caught in a deadly game of cat and mouse with hardened backwater criminals out for his blood.  Moon now must outsmart those hunting him down to save himself and his family.

My main thought in regards to this film has been to describe it as the darker version of a film like Fargo. It has a familiar type of story and motifs, but it is played completely straight.  Characters in this film do bad things and are punished for them.  Greed is not so much a motivating factor for John, but it certainly serves as a way to balance out the weight of his other sins.  As for the other characters, well let me just say that there are very few people to root for in this film.  Not everyone is evil here and the film actually does do a good job of rounding out the supporting cast with significant characters, but for the most part we are dealing with some pretty ugly individuals, all living in what appears to be both a beautiful environment and a location that is distanced from seemingly everywhere else in the world.

Seriously, this film has great atmosphere.  While there are constant shots of the forested landscape and countryside that these characters are living within (the film was shot in Canada and said to take place in Montana, I believe), the actual town is a place seemingly stuck in time.  There are farms on the outskirts of town, local diners with regulars that look exactly like regulars, and no one who has likely sought out to come to this place for living on purpose, unless they just got back from The Road.

It is a fitting environment for the cast of characters we meet.  Sam Rockwell is fantastic in this film and continued proof that he is great in just about everything.  He can be the funniest guy in the room, but in this film he dials everything back to a restrained performance that has him working so well simply with his gestures and expressions.  Additionally, the supporting cast has veteran character actors including Jeffrey Wright, Ted Levine, Jason Isaacs, W. Earl Brown, and even William H. Macy as a local slimy lawyer.  This is a film very much about gruff men with backwater town accents, but no one feels like a caricature here.

A Single Shot is very much a drama, with some thrilling elements.  I have already mentioned Fargo, but A Simple Plan would be a good comparison as far as the overall mood of the film is concerned (more people should see A Simple Plan by the way).  It is very dark, very deliberate in pace, but very well acted and plotted out in a convincing manner.  There may not be much room for levity in a film like this, but between the atmosphere and the fine performances from the cast, I am definitely glad I did not miss this film.

John Moon:  I’m gonna find you, and I’m gonna slit your throat, do you hear me? 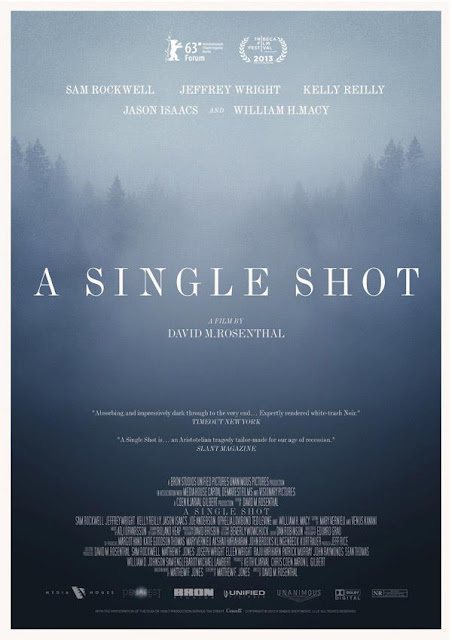