‘Turbo’ Allows Us To Watch A Speedy Escargot 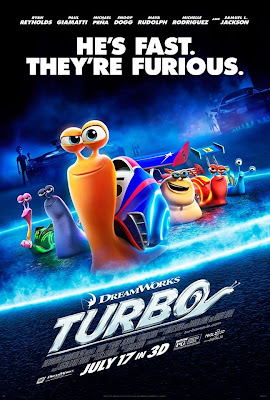 Turbo presents the idea of a snail racing in the Indy 500.  There are reasons why this happens and the fact that the film is animated and intended for children allows for an obvious amount of suspension of disbelief, but let me reiterate that this is a film that presents the idea of a Snail racing in the Indy 500.  Sometimes my tone is not too clear, but I can just say right now that did not like this movie.  It is certainly bright, colorful, and full of talent from all sides, given the production value of the animation, voice cast, etc., but in terms of being entertained by Turbo, that just wasn’t happening.  I can imagine that those who buy into the premise will be more entertained, but given that the movie settled in its groove early on and did not have me on board, I can say pretty easily that I just did not care for this film. 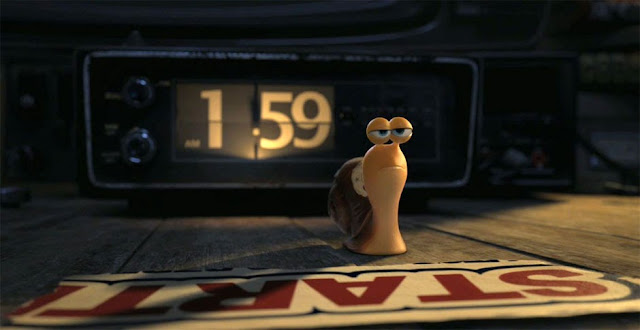 Ryan Reynolds is the voice of Theo (a.k.a. Turbo), a garden snail obsessed with the Indianapolis 500 and its racing star Guy Gagne (Bill Hader).  This puts Turbo at odds with the other snails, content to stay in a life of routine, as they live in a garden and take the food they can get, avoiding birds feeding on them, when they can.  This is especially true for Chet (Paul Giamatti), Turbo’s older and very careful brother.  A freak accident leads to Turbo getting sucked into the engine of a street racing car, where he is then coated with nitrous oxide (NOS), which melds with his DNA, giving him incredible powers that are just like a car.  Turbo now has headlights, a radio, blinkers, and most importantly: the ability to move at superfast speeds.

At this point in the film, I would say I was still on board.  While I can’t say there was a lot of humor winning me over, the character work is solid enough, in a traditional sense.  We’ve seen a lot of this before, but hey, the animation is solid and the characters are likable.  I should also note that I had very little knowledge of what the plot of this film was going in.  All I knew was that someone in DreamWorks clearly was thinking about opposites one day and thought, “Hey, snails are slow, but what if they were fast?”  This person then put together a treatment, was eventually assisted by Robert Siegel (writer of The Wrestler and Big Fan), and knocked out a screenplay.  To be fair, “this person” is actually writer/director David Soren, who developed the film based on his own son’s obsession with snails and race cars, but let’s get back to where the film heads off to.

So Turbo has superpowers, but he is still an outcast within his own group of snails and an accident leads to his expulsion from the community.  Not before long though, Turbo and Chet are captured by Tito (Michael Pena), a human/taco truck driver, who participates in snail races with the other people that work in the same strip mall with him.  Everyone is in for a surprise, however, as Turbo reveals his powers.  Faster than you can say, “There’s no rule that says snails can’t compete in the Indy 500,” (actual line in the film), Tito, his friends, and some other snails are all off to enter Turbo into one of the most popular races in the world and compete against human drivers in real race cars.  Still, as long as Turbo believes in his dreams, he can presumably accomplish anything.

In addition to people like Reynolds, Giamatti, and Pena (probably my favorite cast member here), the film also stars Snoop Dogg, Maya Rudolph, Michelle Rodriguez, Luis Guzman, Richard Jenkins, Ken Jeong, Ben Schwartz, and Samuel L. Jackson as black snail…I mean Whiplash.  The cast feels like a mix of being the DreamWorks movie that gets lots of celebrity voices and shoves them into one film (think Shark Tale) and being genuinely high-spirited in terms of the voices present.  While I was not exactly loving the film, it did seem like most were having a good time voicing the characters (even Richard Jenkins), which is commendable.

Turbo has all the ingredients of a successful animated comedy, especially since it cribs from a lot of other successful animated comedies.  It can certainly play for the younger crowd, as it involves bugs and cars doing cutesy things.  The characters are made to be by and large likable and learn lessons.  It is also not short of wacky bits of animation, but also keeps a lot of the action moving by literally having almost all the other racing snails in this movie equipped with enhancements.  As far as the actual racing moments go, the car races are very well animated and the highest compliment I can say in regards to the film is that those are areas where the sound design is a true highlight.

If only Turbo had more going on for it.  I am not sure how much depth I can really provide in my argument against this film overall, but I am not so much putting my foot down on this film, as I am just simply saying that I could not get into it.  The humor was not working for me, the premise was too silly for me to appreciate, and not even the very game voice cast did a lot to stir up my excitement during the film.  I have to say, it is not often that I am genuinely at a loss for words of how to describe my thoughts on a movie (mainly because I tend to just avoid movies I assume I would not like, short of occasional obligations), but this one just left me cold.  I was not angry at this film, it just didn’t work for me.  There are a handful of animated options currently in theaters, Turbo is not one I would consider.

Whiplash:  You clearly have the skills to pay the bills…if snails had to pay bills, that is. 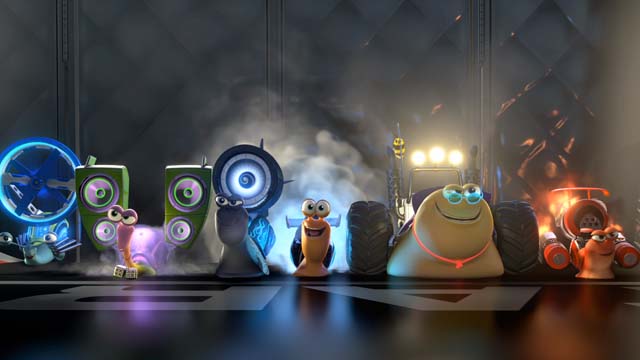 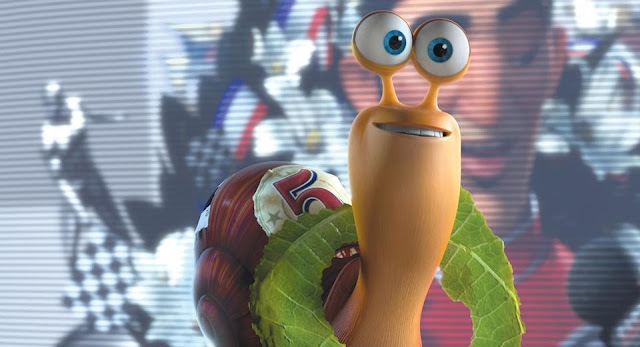