Those Precious ‘Kings Of Summer’ 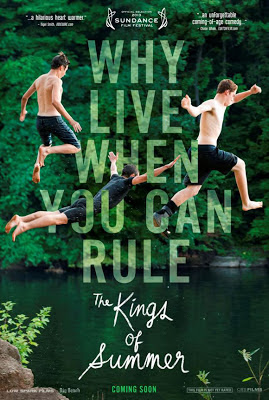 Joe:  This is the sight of our new house man.
Patrick:  What?  Like a tree house?
Joe:  No, like a real house.

Apparently I have been watching and enjoying a lot of coming-of-age films in recent months (Mud, The Way Way Back), let alone in the past year (Moonrise Kingdom), but I have been quite entertained by each one.  The Kings of Summer joins the ranks as one of these entertaining types of stories, though I would say I am the least warm on it for minor reasons that will surely differ for other viewers.  The film features young and adult actors working well together, exhibiting great chemistry, and making the most out of their comedic and dramatic moments.  It is also a very stylish feature, calling a lot of attention to itself as a film that is very much directed.  I can only wish I got more out of it, but as it stands, The Kings of Summer is another solid picture in limited release, worth checking out as another alternative summer movie option.

This movie is about the adventures of Joe, Patrick, and Biaggio and their fantastic forest home.  That is a little broad, so I will back up.  Joe (Nick Robinson) is regular teenager, fed up with his father, Frank (Nick Offerman).  Joe’s best friend, Patrick (Gabriel Basso), is similarly fed up with his overbearing parents (Megan Mullally and Marc Evan Jackson).  The two are joined by their strange friend Biaggio (Moises Arias), as they decide to live in a section of the woods, free from outside distraction.  They build a makeshift home out of various materials they find, hunt and forage for food (which includes trips to Boston Market), and essentially become the masters of their own destiny.  Reality eventually catches up to them however, as the parents worry and the friends bicker about what is most important.

Given the way that this film is presented, the tricky part must have been balancing the more ridiculous aspects (the boys’ living situation, the entire character of Biaggio) with the more dramatic aspects (the relationships with the parents and each other).  That is essentially the greatest strength of the film, as it is handled in a way that does not end up feeling too pretentious, but also keeps us invested with the characters, thanks to not having us focus on how (fittingly) angsty these teenage boys are for the entirety of the feature.  The film does reach points where the dialogue feels a bit precious, but the overall cast chemistry more than makes up for it. 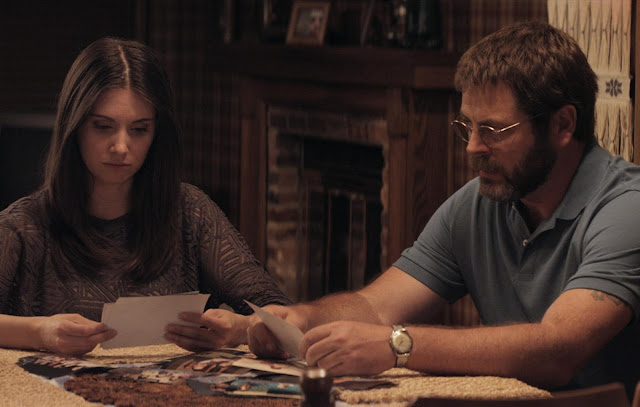 Nick Robinson makes for a solid lead character in this film as Joe.  He brings the appropriate vibe of a teenage boy, without making his attitude lean too far into one direction.  Gabriel Basso, who I have seen and liked in other roles, is well-place here as Patrick.  I enjoyed his perspective in this story and how it matched up against Joe’s.  Then there is Moises Arias as Biaggio.  I am not familiar at all with his work in Hannah Montana (what I’ve learned is his most notable role), but I was very amused by what he brought to this character.  Everything he says is weird and we have almost no connection as to why he is the way he is, but he is used just enough to make his character a fun addition to this crew.

As far as the adult actors go and as a huge fan of Ron Swanson on Parks & Recreation, seeing more of Nick Offerman never seems like a bad thing and that certainly was not the case here.  Now Offerman is not simply playing Swanson in a different environment, he is playing a single father challenged by his son’s antics, while also dealing with his own issues and I like how that played out.  If that was not enough, Offerman’s real-life wife, Megan Mullally, steps in as Patrick’s mom, along with Marc Evan Jackson and that duo is a lot of fun to watch as well, with the right amount of concern regarding their runaway boys.  It is a solid comedic cast overall, with Alison Brie, Mary Lynn Rajskub, and a host of other comedic actors filling out much of the supporting cast.

Director Jordan Vogt-Roberts clearly had a vision for how to bring this story by Chris Galletta to life, as he seems to have really wanted to add a visual flair to the depiction of these boys living a free life in the summer.  It may be a bit of a stumbling block to get around these boys building an amazing house in a day or two (with no leaks at all, despite all the rain that occurs), but the film really manages to provide a distinct look to itself, which many of these types of films tend to lack.  It is not an overly quirky aesthetic in the same way that Wes Anderson approaches his films, but the film has an identity that had me more intrigued from a filmmaking standpoint than I expected.

If there is any issue here, it was how everything did seem to play on the surface.  It can always be hard to predict which movies are going to stick around with audiences, but The Kings of Summer feels more or less like a film that works in the moment, but not in a more substantial way.  It works because of the cast’s chemistry with each other and stylistic touches, but I can’t say that I was left really thinking about the film that much, after leaving my screening.  I can say this is because I may not have been able to directly relate to the story, but the same can be said about many of these coming-of-age stories that I have enjoyed more.  Sometimes they just do not hit the right way I guess. 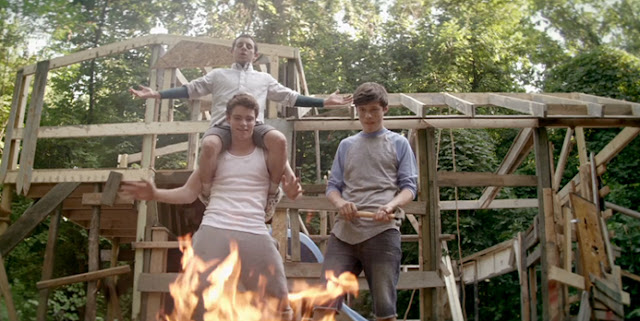 The Kings of Summer is certainly not a bad movie though.  I may have an overall innocuous feeling in regards to how I reflect on the film, but I would easily recommend it.  The cast is solid, the film is very funny, and it is a very good looking feature.  Add on a pretty solid alternative soundtrack and you have a film that is worth checking out.  Despite its R-rating for language, I would also say that the film feels totally appropriate for teenagers to watch.  I am not going to start preaching, but it is kind of ridiculous that this is a film deemed inappropriate for its exact target audience to see on their own.  The film very entertaining and fitting for the crowd it is intended for. [Note: Stay after the credits.]

Joe:  This is our destiny god dammit! 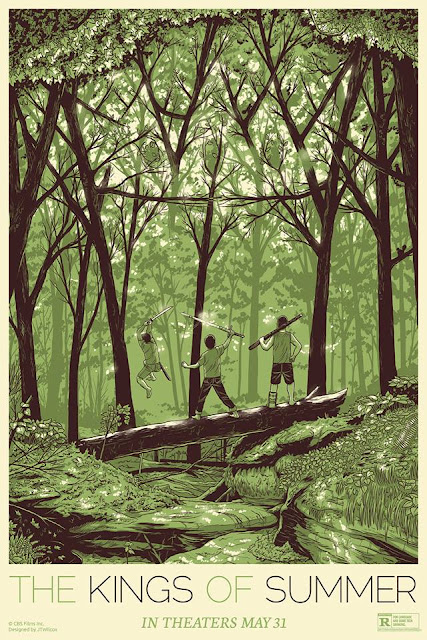 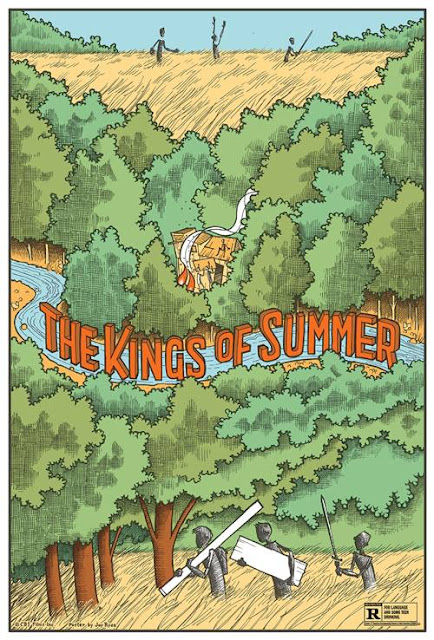