‘The Heat’ Emits A Low Flame 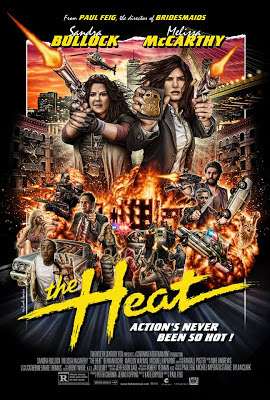 Det. Mullins: I just spend the last 30 minutes thinking of ways to kill you.

This is the story of a by-the-book FBI agent teaming up with a sloppy, but dedicated Boston Police detective to take down some bad guys.  They are mismatched and hate each other at first, but will have to learn to get along if they want to prove themselves to the other officers and agents.  The two will face lots of adversity both from nefarious foes and each other, but they will ultimately use their eventual friendship as a way to work together.  Other agents and officers will doubt the work that these two do, in an attempt to uncover the truth regarding secret drug shipments and heinous criminal activities, including violent murders, but hopefully they will prevail anyway.  These are classic buddy cop movie elements and they have been applied to this film which teams up Sandra Bullock and Melissa McCarthy in a comedy that is hit or miss…mostly miss. 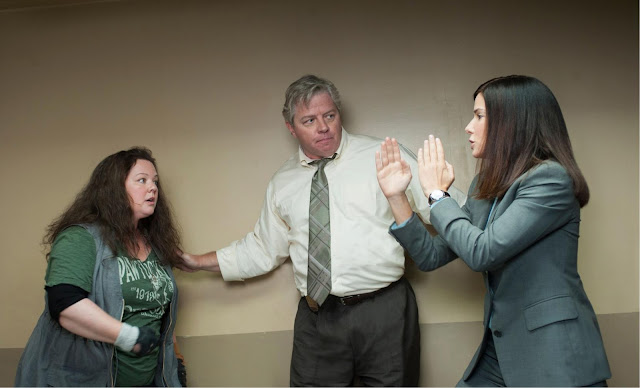 Bullock is Special Agent Sarah Ashburn.  McCarthy is Detective Shannon Mullins.  In an effort to get promoted, Ashburn accepts a case in Boston, which puts her in the neighborhood of Mullins, a good cop with unorthodox tactics.  Ashburn was not exactly well-liked back in New York, given her arrogance and need to correct everyone, so things do not exactly go well when she and Mullins first meet.  Regardless, the two of them team up anyway and do what they can to take down some mobsters.  Many comedic hijinks supposedly ensue.

Two things to note; The Heat reteams McCarthy with Bridesmaids director Paul Feig.  Also, the film was written by Katie Dippold, who has built a career in comedy writing, most notably MADtv and Parks and Recreation.  The notion would be to point out that this is a classic buddy cop comedy-type film, but now there are two women in the lead roles, in a film written by a woman.  That is all well and good, and hurray if it manages to inspire more feature films headlined by women, slightly adjusting the ratios of female-driven big studio summer films vs. male-driven ones (even more of a win if it does so without calling much attention to that aspect).  But how does the film stand up, beyond who is in it and who wrote it?  The answer is not very well. 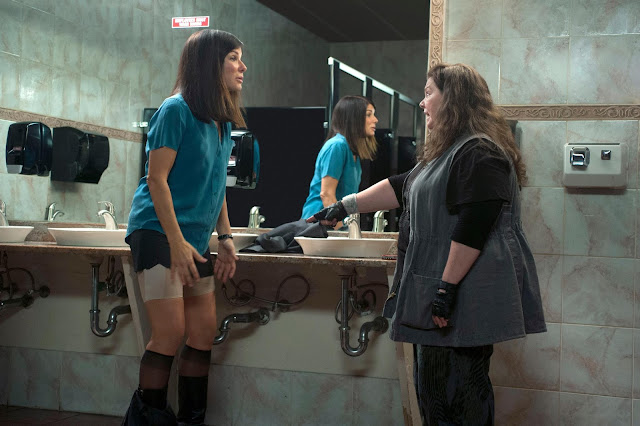 The Heat is the kind of comedy that puts multiple jokes into every scene and hopes that plenty of it sticks in order to keep things rolling.  Unfortunately, as opposed to other comedies that make this tactic work well (Anchorman comes to mind), The Heat is not that successful.  The film is two hours long and feels that way.  The actual plot is not all that interesting and the direction is fairly poor, so it will come down to how well the leads work together with each other and the various supporting characters.  Bullock and McCarthy certainly have a type of chemistry that plays better as the film moves along and they become more and more used to each other, but for the most part, it is just a lot of them yelling at each other.  While McCarthy is at home, as she finds a way make her profanity-laden character tolerable, Bullock does not fare as well, given that she just is not a comic with the improv skills needed to bounce lines off of others.

There is a large supporting cast, which consists of mostly of comedic actors that do not get to do a whole lot beyond react to the insults tossed their way or join in on the yelling.  There are a lot of recognizable faces here, including Michael Rapaport, Jane Curtain, Thomas Wilson, Demian Bachir, Bill Burr, Kaitlin Olsen, Taran Killam, Dan Bekkedahl, Tony Hale, and New Kids on the Block’s Joey McIntyre, but many of them seem to exist for one scene and disappear.  A lot of that is probably by design, but many seem like instances where an idea was started, but never finished, so they are left hanging.  The two strangest/strongest standouts are Marlon Wayans and Michael McDonald.  Wayans is playing the completely thankless role of a possible love interest for Ashburn (continuing to prove that Wayans is perfectly fine at playing a straight-laced character, given the chance) and also happens to be the only likable character in the film, but is also literally shown in the film to be of no use.  McDonald seems to be lifted out of some other, much darker version of The Heat, as he plays a bad guy with a penchant for torture. 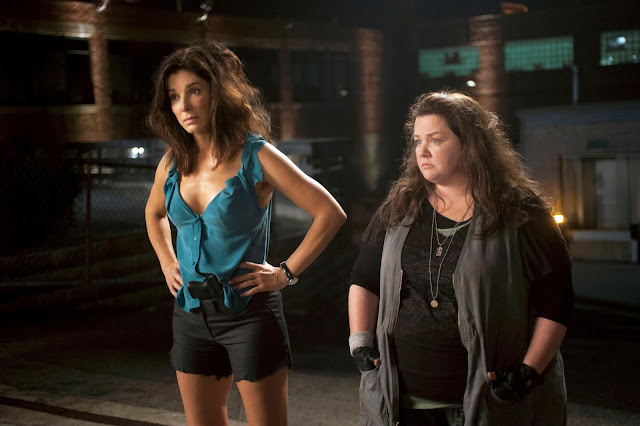 This brings me to the other aspect of the film:  its violence.  While I expected some gunplay in this buddy cop film, the placement of actual violence is pretty disturbing.  It is not so much that the film is inconsistent tone, so much as it just haphazardly places instances of shocking violence in a film that is otherwise a foul-mouthed, goofy cop flick.  It is almost as if the filmmakers were happy to know that they were going for an R-rating and decided to spice things up by having plenty of blood to go with the swearing, but forgot how to make the violent action work as actual comedy and not just gross-out moments that happen to be depicting realistic violence.

Many of these aspects would be negligible if I found the movie funny and I am not going to say that I sat stone-faced the entire time, because that simply is not true.  There are a lot of chuckle-worthy moments and I won’t be surprised if many think the film is a lot funnier than I did.  Still, if I have to evaluate the movie on a certain standard, it is not very good.  As far as this summer goes, it is better than The Hangover Part III, but nothing compared to This Is The End.  The Heat is sloppy in plotting, fairly mean-spirited in a lot of instances, and not all that interested in playing around with the genre that has been done to death.  Everyone tried and there will probably several hours of deleted and alternate scenes on the eventual ‘Unrated’ Blu-ray for the film, but after watching The Heat once, I was only lukewarm after.

Mullins:  You want to gamble your scrotum and testicles?  Go ahead, gamble away! 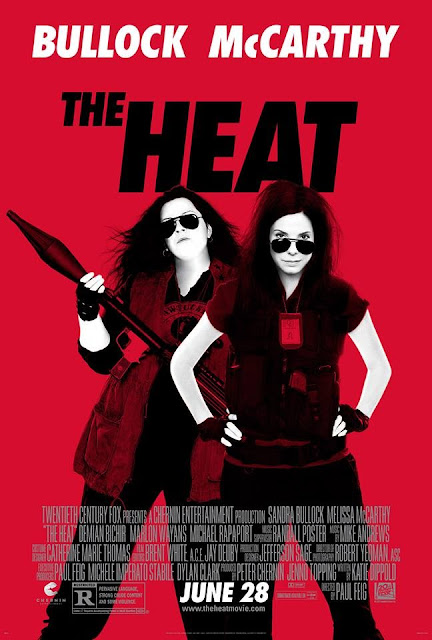 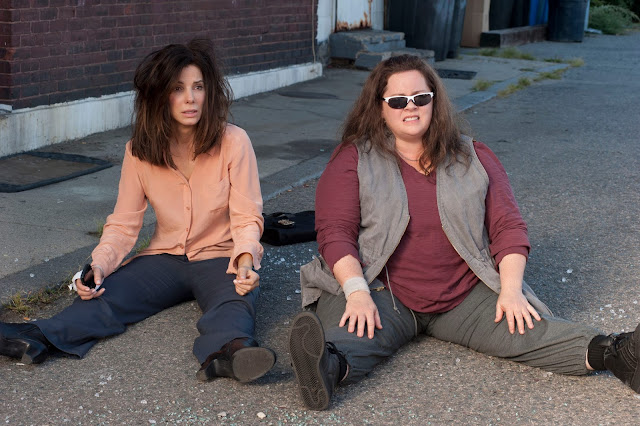