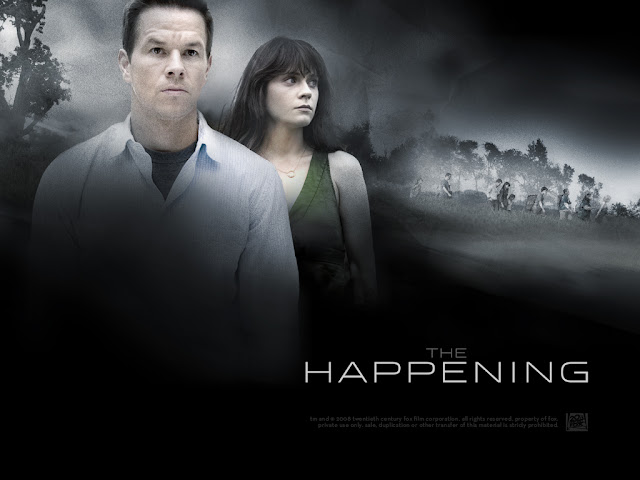 [Having just seen the latest film from M. Night Shyamalan, I decided to revisit one of my early written reviews for a film of his that was pretty much universally disliked.  The Happening is not a film I hate.  It has a ton of problems and is laughably bad at points, but still more entertaining to watch than the other disappointing films Shyamalan has delivered in his post-Signs movie career.  So with that said, here is my original (and scrappily written) review for that movie about killer plans.]

This new thriller from director M. Night Shyamalan is not nearly as bad as the dreaded The Village or the incredibly lame Lady in the Water, but an interesting premise, good actors, and cinematic flare do not elevate the meandering story that doesn't really lead anywhere.  The Happening misses a lot of marks, but there are a number of moments that work in terms of terror (mostly early on) as well as in an unintentionally funny, making it far more entertaining than it has any right to be.

The movie sets itself up on a random day in Central Park in New York, where everyone starts to kill themselves.  We see a small montage of violent images involving various acts of self mutilation, which includes construction workers walking off buildings, before cutting to Philadelphia.  Mark Wahlberg plays Elliot, a high school science teacher.  He and the other teachers, including his best friend Julian, played by John Leguizamo, are alerted of the "attacks" occurring and advised to leave the state.  Elliot alerts his wife, Alma (played by Zooey Deschanel), and the group, now including Julian's daughter as well, head off by train. It is not long before Elliot is leading groups and forming theories about the truth behind what is happening, leading to an eventual isolation, awaiting whatever is next.

Along with being a terrible title for this movie, the problem involves things that are not happening. For one, the characters miss a lot of marks. I like both Mark Walhberg and Zooey Deschanel, but here they are both cast against type, which sometimes works, but is mostly awkward for the majority of the movie. This mainly must be credited to the dialogue, which is down right bad in many scenes. A particular sequence involving a character talking to essentially himself, late in the game, is the most awkward and confusing part of the film. However, the leads do have some good scenes in the last 15 minutes. With all of that said, a sequence with John Leguizamo facing up to a situation does wonders for a film that is otherwise devoid of praise deserved for its actors. 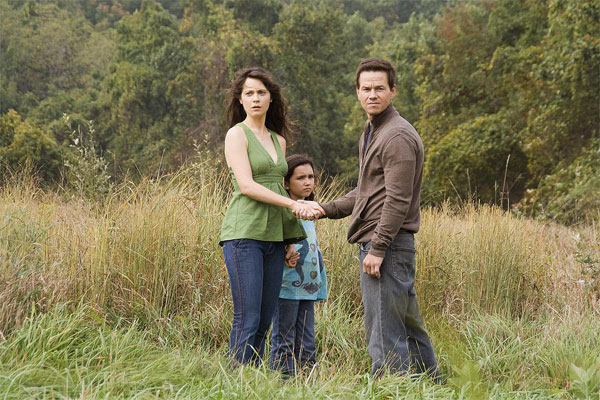 The story is the other big problem with this film.  While functioning well enough as a good sketch for a Twilight Zone episode, the way it is carried out combines a meandering pace with some anticlimactic explanations (and the aforementioned terrible dialogue).  While I did enjoy some of the more take no prisoners attitude the film had at points, the ominous echoes of the plot did not work as well as in a movie like The Birds, a similar feature from Hitchcock, whom Shyamalan has clearly been inspired by.

Credit does go to Shyamalan for giving the film a convincingly ominous feel during some key sequences, especially in the film's opening.  A well-handled car ride sequence and some other moments do play very well.  Shyamalan knows how movies work, but his past few stories just don't meet up with his creativity as a director.  As a side comment, it is also nice that he doesn't give himself some big acting role this time around.  Here is a director who clearly has issues about being told no, but he had the good sense to not once again star in an important role in the film

Overall The Happening is a decent film that doesn't really work in the long run, but provides some entertainment.  Sometimes that entertainment is fitting in terms of the horror film it is trying to be, but other times it is just hilariously awful.  Given that it is far more entertaining that the last two Shyamalan features, I guess that is something of a plus.

Private Auster: My name is Private Auster. I'm stationed at Westover Military Base about ten miles back. I think they've been affected by whatever's happening. I lost communication with them. When I approached the base, I saw military personnel in...the barbed wire in...the fence. So I suggest no one take that road.
Nursery Owner: There's a town about eight miles behind us. There were bodies on the road into town.
Private Auster: Oh cheese and crackers. 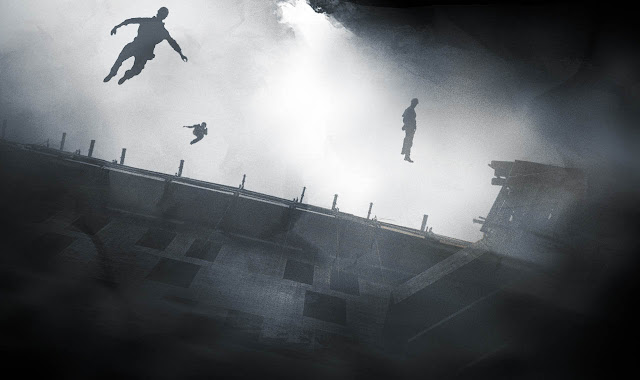 Aaron is a writer/reviewer for WhySoBlu.com.  Follow him on Twitter @AaronsPS3.
He also co-hosts a podcast, Out Now with Aaron and Abe, available via iTunes or at HHWLOD.com.
By Aaron Neuwirth
2008 Films Horror John Leguizamo M. Night Shyamalan Mark Wahlberg Thriller Zooey Deschanel
Reactions: