The Ladies Of ‘Black Rock’ Fight For Survival 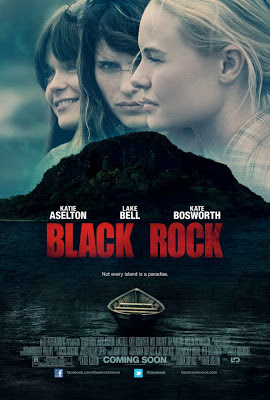 
Black Rock is an incredibly simplistic thriller, which finds three women fighting for their lives after circumstances lead to them to dealing with some deadly individuals.  The film is not terribly deep, as it is basically an extended period of setup, followed by standard chase thriller plot machinations, but it does reach points of effective, high stakes drama, matched with adequate filmmaking.  Having females working together and playing against certain standards in regards to these types of films is notable as well.  However, there are also many other genre stereotypes at play, along with a lack of logic in some instances.  Given how minimal the story is overall, it works on an overall level of satisfaction, but I have seen other, similar films (The Decent), which make much better use of the ideas on display. 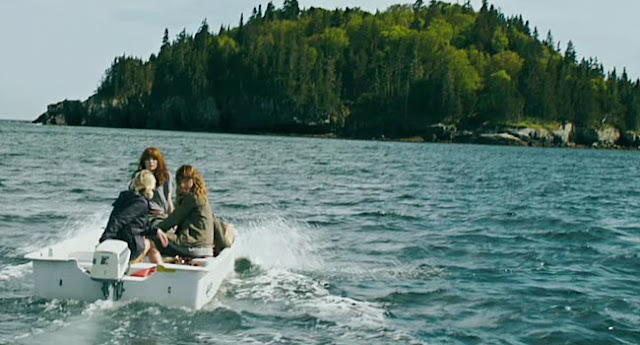 Kate Bosworth stars as Sarah, a woman hoping to bring together her childhood friends Lou (Lake Bell) and Abby (Katie Aselton) for a trip to a remote island off the coast of Maine.  Lou and Abby do not get along, following trouble between them in the past, but they attempt to put aside their differences for the sake of Sarah, who really wants the three to return to a place with memories from their youth.  After arriving on the island, the girls eventually discover three guys also on the island, hunting deer for sport.  The girls recognize one of these guys as the younger brother of one of their childhood friends and soon learn that all three men were dishonorably discharged soldiers.  Tensions become super high, following certain events, which lead to the men stalking the women, with the intent to kill.  Sarah, Lou, and Abby will have to fight for their lives if they hope to get off Black Rock.

Describing the lead up to what the main portion of this movie consists of is all I can really do in terms of a synopsis, because it does not really become much more interesting, once the film settles into being a chase thriller.  It does take a while to get to this point, so that is why that description has a main focus, but it becomes a pretty standard story, once we start watching these women run and hide, before getting it together and trying to become the hunters. 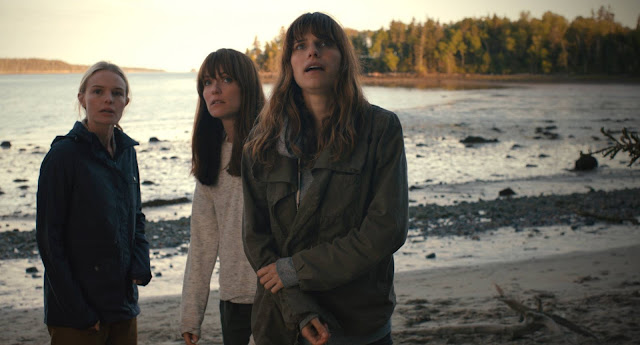 Star Kate Aselton, who many may know from FX’s The League, also directed this thriller, coming off a screenplay by her husband, Mark Duplass (also from The League as well as a big star/director in the indie film world).  The film is obviously low-budget, but that is not meant as a dig to the film.  Black Rock has a grimy vibe evident in both the look of this small-scale film and its very grungy score by Ben Lovett.  The film could be deemed as incredibly efficient as far as thrillers go, given how minimal everything is, but having it be this simplistic, with nothing to really make it stick out, stops the film short of registering as much else.

As far as the minimal cast goes, it is commendable that these actresses are put through some of the torture we see in this film.  While they obviously were not put through the exact pain seen in the film, it is evident that jumping into freezing cold water and moving through certain environments is not the easiest thing to take part in.  From a performance standpoint, each actress gets the chance to be effective enough.  It is more the male roles that are lacking, which is due to how the screenplay is not too interested in doing anything more with them, aside from making them guys who are out for blood, based on pent up rage and principle. 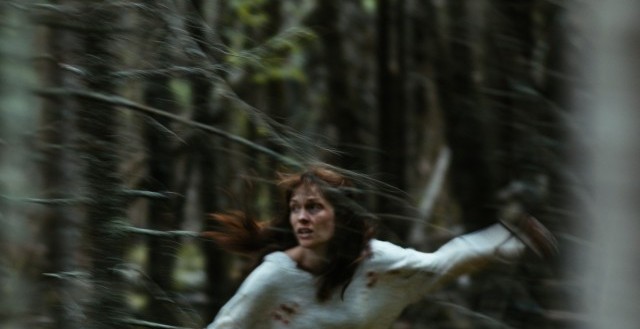 Again, this could be seen as simplicity at its finest, but if Black Rock falls in line with films like The Decent or even Deliverance (with women), then it is clearly outmatched by features that had more to say with the simple stories they had to work with.  At least the film is functional enough with what it does accomplish.  The actresses excel on both a dramatic and physical level.  Given the setting, this is about the kind of atmosphere I would want to see, when it comes to these dark sorts of thrillers.  Black Rock is not breaking any molds, but it is passable enough as a thriller.


Sarah:  You did what you thought you had to do in order to survive. 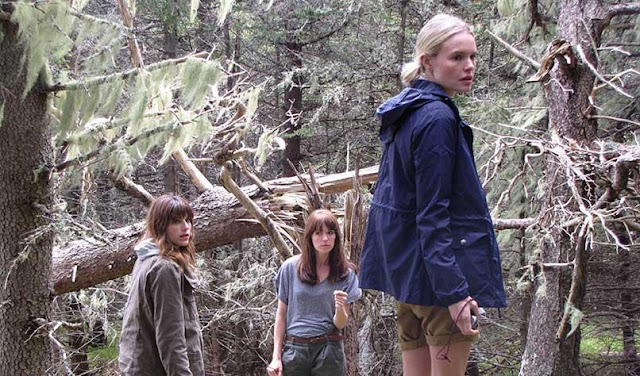 Aaron is a writer/reviewer for WhySoBlu.com.  Follow him on Twitter @AaronsPS3.
He also co-hosts a podcast, Out Now with Aaron and Abe, available via iTunes or at HHWLOD.com.
By Aaron Neuwirth
2013 Films Drama Indies Kate Bosworth Katie Aselton Lake Bell Mark Duplass Thriller
Reactions: