‘The East’ Points You Towards Freegan Eco-Terrorists 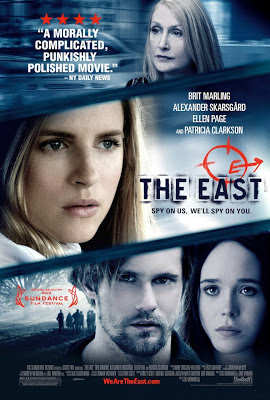 Sarah:  I’m unexpected.  Being unexpected is the only advantage that matters.

The East is a low-budget thriller about espionage and eco-terrorism.  It comes from writer/director Zal Batmanglij and co-writer/star Brit Marling, who previously collaborated together on 2012’s The Sound of My Voice.  With that film, along with 2011’s Another Earth, I have been quite impressed with Marling’s work in features thus far, and The East continues that trend.  Marling is quite good in this film, which has her playing a character living a dual life in order to infiltrate an anarchist collective.  The rest of the film features some solid performances, interesting ideas, and a nice handle of its overall presentation as a sort of counterculture spy thriller.  My only issue is how the film did not quite rise above anything like it.  I can certainly appreciate a young director working with the goodwill he already has to make another original feature, but the film did not fully involve me in the same way the leader of The East was able to obtain full commitment from his crew. 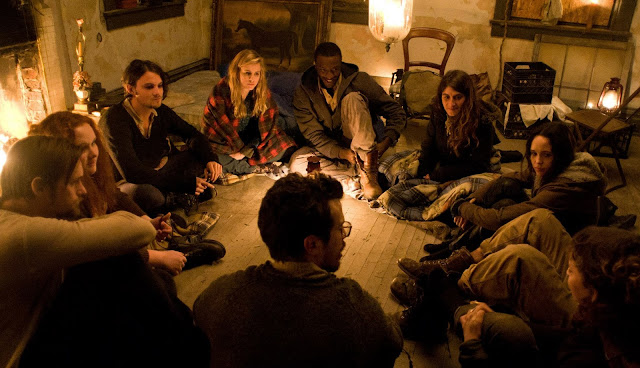 Marling stars as Jane (though she is codenamed Sarah for almost all of the film), an operative for a private intelligence firm (led by Patricia Clarkson), who has been tasked with infiltrating an anarchist collective called The East.  She poses as a freegan (basically an anti-consumerist that enjoys the spoils of dumpster diving) and manages to join up with members of this collective.  It is led by Benji (Alexander Skarsgard), with other key members that include Izzy (Ellen Page) and Doc (Toby Kebbell).  Sarah keeps up with this group and participates in their schemes, which they call “jams”, but finds herself at a crossroads, as she begins to understand the principles of The East.  Of course, falling for the handsome, charismatic leader does not hurt in her new realizations either.

Much to The East’s credit is the way it moves its plot along without feeling like it is bogging the viewer down with too many details, despite how much is going on in the story.  Given that the film is a thriller, for all ostensive purposes, I think the handle on the genre works in a way that is fitting of is low-budget roots.  We get to watch a drama unfold, with the perspective centering around a key character, but the way the information we know leads to interesting scenarios, matched with tension, makes for a film that generally works. 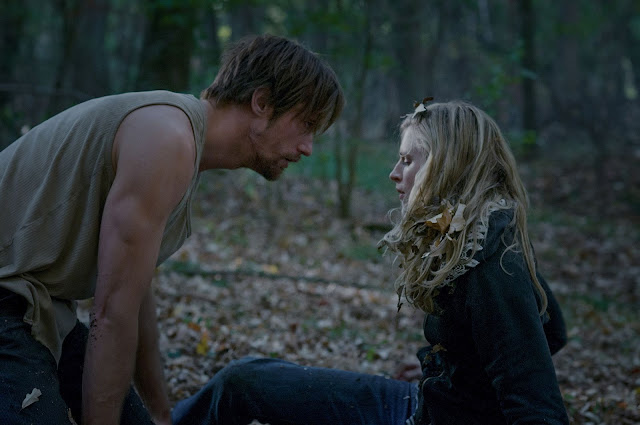 Similar territory was explored in the previous film from Batmanglij and Marling, The Sound of My Voice.  That film also revolved around outsiders infiltrating a secret society of sorts and played up the tension as the leader of that society (played by Marling that time) essentially probed for all the answers she could glean from them.  The difference is a little hard to grasp however, as The East did not completely grab me in the same way.  While a bigger accomplishment from a filmmaking standpoint, as Batmanglij appropriates himself well with a larger scope in mind, maybe it is the move away from something that fits my sensibilities more, like say a mysterious person that claims to have traveled through time, as opposed to watching a bunch of freegans battle pharmaceutical corporations.  Then again, The East does fall victim to setting up something very interesting in its opening sequence, only to bog down the viewer in its homestretch, as the plot points are piled up, with a romantic angle on top of all that.

While what may seem like inherent interests on my part are what seems to be driving my overall thoughts on the film (which is a basic part of film criticism, let alone opinion of all things, anyway), I can say that knowing about the origins of the film makes it a commendable effort from the outset, with additional praise that I will get to.  Batmanglij and Marling actually did research for the film by living as freegans and incorporating themselves into that society for a few months, which led to developing a lot of the ideas for the film.  The plot itself is modeled on familiar spy thrillers.  Does this make the film more watchable?  Not necessarily, but that approach being in the DNA of The East did settle some of my thoughts on the feature. 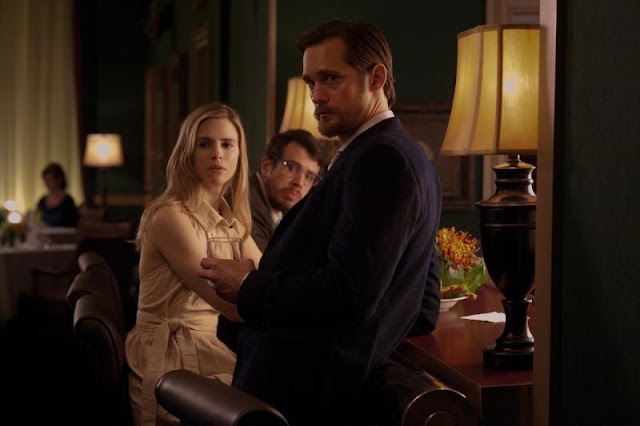 A few of the performances also did a lot of good for the film.  Brit Marling continues to fascinate me as an actress.  I like what I have seen her in thus far and found The East to really play out well enough on her part, given that the narrative thrived on the actions of her character.  Marling fits the bill of someone that clearly has many talents and can blend into different groups if needed to, which is what worked for this character that becomes torn.  The other prominently billed actors, Skarsgard and Page, are fine in the film as well, bringing what is needed, but not doing a whole lot to stand out; though I would say that Page did a good job of playing tough in a way that reminded me of her performance in Hard Candy.  I was really taken with Toby Kebbell, however, who I have liked in other films quite a bit as well.  He has the right kind of charisma needed to play one of the members of this kind of group.

It would be great to see The East do well in theaters.  While my troubles with the film seem to fall more in line with how engaged I was with the story, despite how successful I found it to be as a thriller of sorts, with an interesting take on the spy aspect, I do like the people involved with this film and could only see them getting better as they go on to new projects.  Marling, in particular, is doing a lot of things that I like, given that she is an actress I enjoy watching and a screenwriter working on intriguing, original material.  The East may not have kept me as involved with it as I would have liked, but I can see the confidence in the filmmaking, which has me admiring it overall.

Izzy: There are consequences. 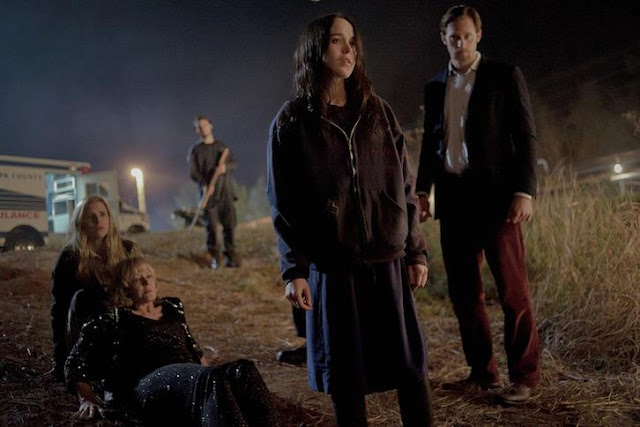