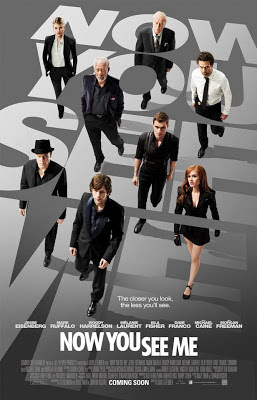 Dylan Rhodes:  I don’t think I heard you correctly.  Did you just say magicians robbed a bank?

Now You See Me is the kind of movie that is both a lot of fast-paced fun throughout and still annoying due to how clever it thinks it is.  I can see a large audience enjoying this movie quite a bit, as everything is moving so quickly that there is rarely a chance to stop and consider what it took to achieve certain spectacles, if one were to apply logic.  However, the annoying thing is that the movie acknowledges that it knows it doesn’t make too much sense if one were to look closely and encourages its audience to essentially look the other way, much like one does at a magic show.  The pretty magician’s assistant is on one side, while the trick being performed is happening elsewhere, and as long as the viewer stares at the assistant, they should ideally have a fun time watching a story about a team of tricksters illusionists pulling off a series of heists. 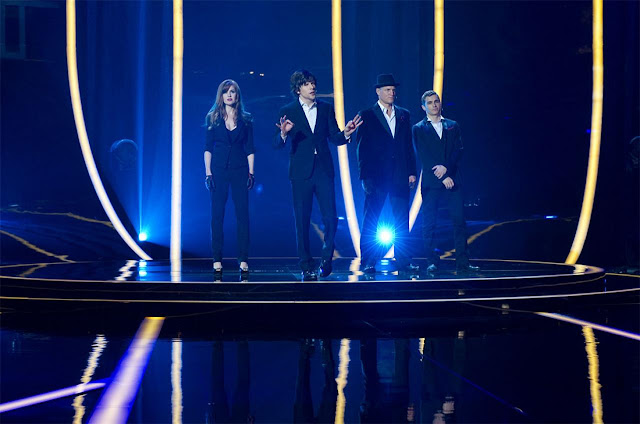 The film begins by introducing us to four street magicians: J. Daniel Atlas (Jesse Eisenberg), Merritt McKinney (Woody Harrelson), Henley Reeves (Isla Fisher), and Jack Wilder (Dave Franco).  The four are mysteriously invited to meet at one location in New York and one year later, they are all performing together in Las Vegas as The Four Horsemen.  The Four Horsemen gain a lot of notoriety, as well as the attention of the FBI and Interpol, following their final illusion in Vegas, where they appear to have robbed a bank in France, giving all of the money away to the audience.  Because of this, Agent Dylan Rhodes (Mark Ruffalo) and Agent Alma Dray (Melanie Laurent) are tasked with investigating and hopefully catching these magicians in the act, before they complete their 3-part magic show tour around the country.  Also involved is Thaddeus Bradley (Morgan Freeman), a former illusionist who now spends his time debunking magic tricks for television audiences.  And who can forget Michael Caine as Arthur Tressler, the money man who backs The Four Hosemen’s shows.  Obviously, all is not as it seems.

Maybe the biggest surprise to me in Now You See Me is that The Four Horsemen are not the stars of this film.  This is also an arguable flaw of the movie, given that the people we assume are our heroes are barely developed, but it actually pleased me in a way, because Jesse Eisenberg being ultra-smug for two hours was not something I was looking forward to.  The true star of this is actually Mark Ruffalo’s Agent Rhodes character.  We spend the most time with him, as we see him constantly one step behind the Horsemen, who have apparently outmatched him every step of the way, even when he thinks he has the upper hand or solid help from the enigmatic Morgan Freeman character.  Of course, enigmatic is the juice that this movie wants to convince its audience that it is running on. 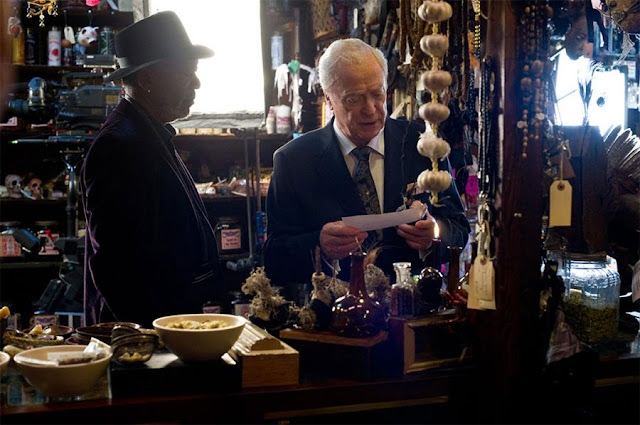 From the outset, we are aware that nothing is as it seems.  Some will want to try and figure out what the twist is going to be and there will be some that figure it out.  It is a fairly negligible reveal by the end of the film, however, because the idea should be that watching this film is far more of an enjoyable task.  This movie has magic acts, heist scenarios, fights, car chases, and lots of other adventure elements that make for a very exciting movie in the vein of the more audience-friendly Jerry Bruckheimer-produced films like National Treasure, for lack of a better example.  Now You See Me never tries to take itself seriously, which is basically what allows me to give it a pass.  It is definitely trying to be too clever at delivering its various twists and turns, given how deliberate the characters speak, but it quickly wheels back into being friendly entertainment, when a funny quip emerges, thanks to a more than capable cast.

There are a lot of stars in this film and it is to the film’s credit, in a way, given that every character is a recognizable face, but at the same time a bit of a shame that many of them do not have more to do.  Woody Harrelson benefits greatly, as he is a good enough actor to say some funny lines and make it work well enough to define his persona.  Meanwhile, Isla Fisher seems to be continually underutilized in films, despite being capable of so much more (I loved her role in the new season of Arrested Development).  The presence of Morgan Freeman and Michael Caine in a film is never really a bad thing, regardless of whether or not they are just playing another iteration of the same usual performance they give these days.  Fortunately, I am a big fan of Ruffalo and was happy to see him featured so prominently, along with the lovely Melanie Laurent (less to do, but yay for more work for Shoshanna from Inglourious Basterds). 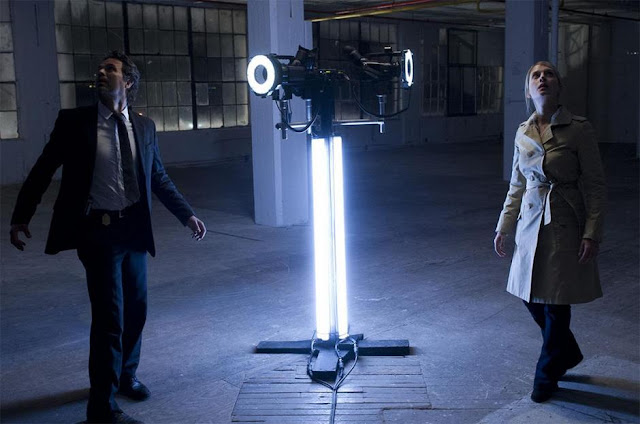 At least director Louis Leterrier seems to be in his element.  Having highly publicized disagreements with studios about his other American films (The Incredible Hulk and Clash of the Titans), it is nice to see that the director of The Transporter films has finally found himself an American-produced film that did not involve him clashing over unfinished scripts and 3D conversions.  He brings a fun sense of style to this film and has it put together quite elaborately, much like the magic tricks we are presented with in the film.  It could be deemed a fairly ‘safe’ film, given that the riskiest thing it does is mismarket who the real star is, but Leterrier continues to have a good handle on action scenes and makes the best with what is at his disposal.  That said, all of this does make me curious what kind of magic Jason Statham’s Transporter character could bring to the sequel Now You See Me 2: Now You Don’t.

It seems very clear that everyone who read the script must have really enjoyed it, because this is a film that has a large ensemble cast and a lot of flashiness in the production, which gave me the impression that everyone involved knew what kind of fun they could get into making it.  That is all speculation of course, but I mention this because the movie is so much empty fun that it is an easy one for me to recommend overall, despite the obvious issues it has.  There are a lot of very cool moments in this movie (Dave Franco’s magic fight is my favorite scene, let alone one of the best fights of the year), the production has a large scale feel, and to its credit, there is a lot of originality here, despite having a lot of familiar plot elements.  It may not achieve the ridiculously fun heights of Fast and Furious 6, but there may be a broader appeal for Now You See Me, which is what a summer audience wants.

Thaddeus Bradley:  The more you think you see, the easier it’ll be to fool you. 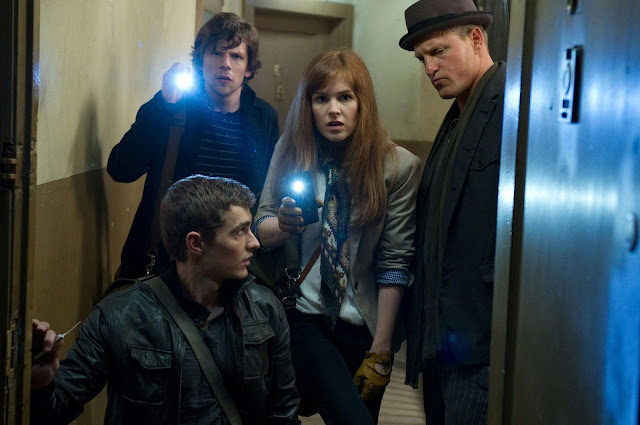