Here is another one of my appearances on Just Seen It.  This episode finds Liz, Brenna, and myself talking about the Netflix original series House of Cards, starring Kevin Spacey.

In this original series from Netflix, Congressman Frank Underwood helps get the president elected. But the president breaks his promise to appoint Frank secretary of state. Seeking vengeance, Frank begins a political war against the president.

House of Cards is a series revolving around a Congressman played by Kevin Spacey, who has high aspirations for his position in the White House. He and several other characters, including Robin Wright as his wife, Corey Stoll as a troubled Representative, and Kate Mara as a young reporter, spend the series dealing with the dirty game that is politics. House of Cards is the first TV series completely produced by Netflix and it recently debuted all 13 episodes at the same time from within the realm of its streaming service. Produced by one of my favorite directors, David Fincher, among others, House of Cards is a dark political drama that I found to be well acted and incredibly watchable. While it may not lend itself to having much of a sense of humor, it is a well-constructed series that lets the viewer examine several perspectives in regards to the darker sides of politics. While some situations may be stretching the realm of plausibility, it is an entertaining series that also does well by not dumbing down its subject matter. I could watch plenty of other shows, many of which could be considered "more fun", but I was happy to burn through all of this series within the week it was released. 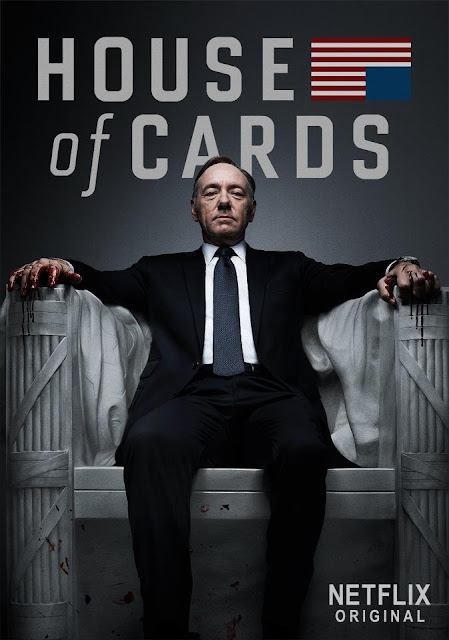