Flashback Review: Drag Me To Hell 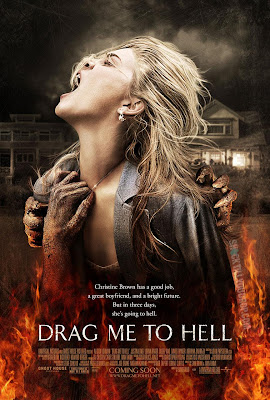 Drag Me To Hell: 4 1/2 out of 5
[Note: With the new Evil Dead almost upon us, I figured I would post my old review of one of the best horror films of recent years, Sam Raimi's Drag Me To Hell.  I loved this film when it came out and continue to do so.  My best recommendation, by the way, is to watch the PG-13 cut as opposed to the unrated, as it is surprisingly better.  Regardless, this movie is a blast to watch, especially for Sam Raimi-style horror fans.]

Ms. Ganush: Soon it will be you who comes begging to me.

An old fashioned, original horror movie from director Sam "blame the studios, not me, for Venom" Raimi. This movie was a fucking blast. Its incredibly entertaining, managing to actually be scary as well as provide plenty of offbeat humor for which the man behind Evil Dead has been known for. 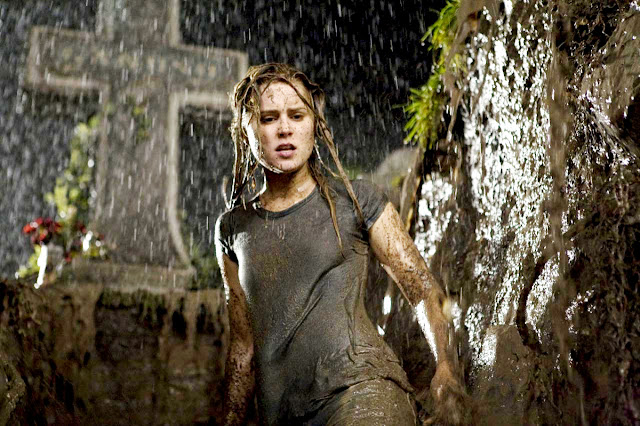 Alison Lohman stars as Christine Brown, a loan officer at a bank, hoping for an assistant manager position, as long as the pesky brown noser Stu (Reggie Lee) doesn't get in the way. She has her chance to prove herself when a gypsy women enters the bank requesting a third extension on her loan. Christine denies the gypsy women a bank loan, which becomes the biggest mistake of her life.  After a parking lot brawl pitting a young woman against an old one (with many creative ways for them to one-up each other), Christine soon finds that she has been cursed, with three days of torment to deal with before finally being dragged down to hell. Of course, if she can find anyway to stop this, she will go for it.  With the help of her loving yet skeptical boyfriend, played by a straight-man version of Justin Long, and a couple of psychics, Christine has to get through all of her suffering before she can hopefully find a way to rid herself of the curse.

If one thinks about the Evil Dead films, than saying that this is an original film may be a term used a little more relatively. This is the closest we may ever be to seeing Evil Dead 4. Every trademark that Raimi built himself up with in that horror trilogy is present here. The manic camera work, tilted angles, whiplash inducing editing, creeks & bumps and other oddities created through sound effects, buckets of different disgusting types of liquids, and of course the physical punishment of the lead character.

While Bruce Campbell may not be present this time around, Alison Lohman is more than game to set herself into the punishing world of a Raimi protagonist. She is doused with all kinds of stuff, enduring all kinds of beatings, as well as delivering so many wonderful lines of offbeat, funny, and satisfying dialogue.  It takes a special kind of talent to put up with what is being dealt to someone in these kind of films and Lohman is great for entering that realm. 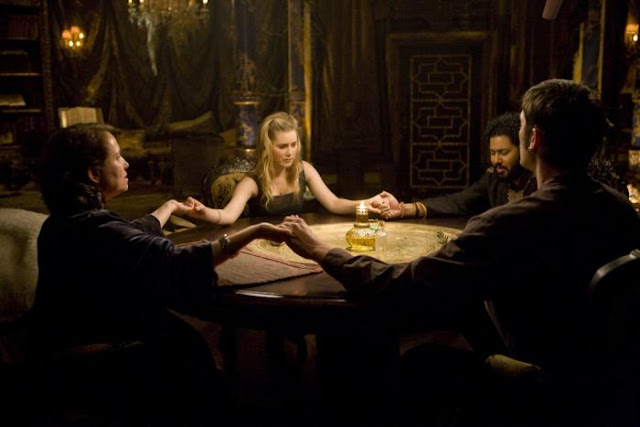 The rest of the cast is effective enough as well. Everyone is essentially a caricature, but that is exactly what is needed here. This is an old school horror film made with an A budget. Make no mistake about the PG-13 rating, this film doesn't need the R to convey the varying amounts of disaster in store for these characters.

One thing that does need to be stressed is that the film is scary. Its not a matter of having jump scares, which the film does, but the way in which it is set up. Mood and atmosphere is important and Raimi understands that completely. Every scare in this movie is set up very well, whether it be from nowhere or created through build up and tension. Frequent genre film composer Christopher Young equips himself well as well, putting in the right amount of notes that keep this film locked in its tone, but it is the careful placement of every scare that really works here.

And speaking of tone, the amount of terror in this film is met with all the laughs it needs. The amount of both dark humor and broad comedy is perfectly balanced in this film to keep the audiences engaged. In a full theater, this was the perfect kind of film to watch and enjoy. [added note: I saw this film back-to-back with Up]

Along with the different comedies that have come out so far in 2009, this was one of the most enjoyable films I have seen so far this year. It delivers an engaging scare fest that is well crafted and yucky, while keeping you laughing at the same time.  Sam Raimi continues to prove that he is a great horror filmmaker, no matter how hard he may try to dabble in different genres.  His roots are well grounded in torturing his leads with ridiculous amounts of horrific things in a fun way!

Christine: Choke on it bitch! 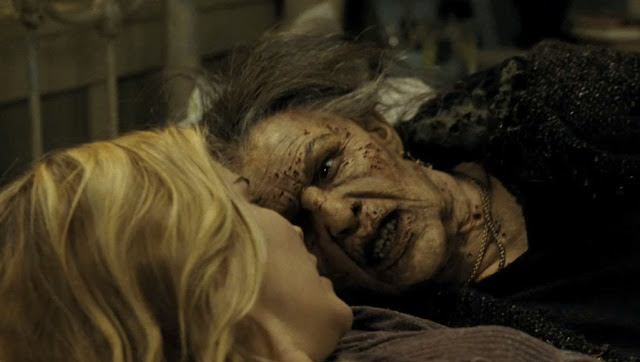