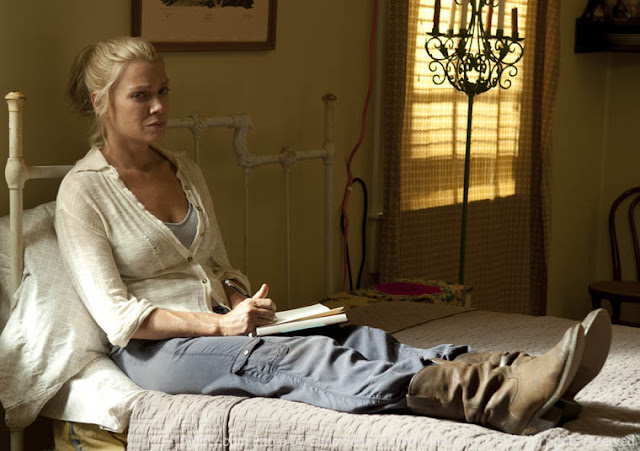 So this was a pretty exciting night for me, as I correctly predicted 19 out of 24 Academy Awards.  Also, we had a new episode of The Walking Dead, entitled “I Ain’t A Judas” or as I’ve been calling it – “All About Andrea”, which I wouldn’t quite call the best episode of this season.  This was an episode that relied on the most problematic character in the show to be the focal point, which is an easy way to get into some trouble.  Combine that with the lack of much forward momentum in the plot, the general slack in pace for this hour of The Walking Dead, and yet another “what if these people teamed with these people” plot, and you have an episode that was not quite firing on all cylinders. 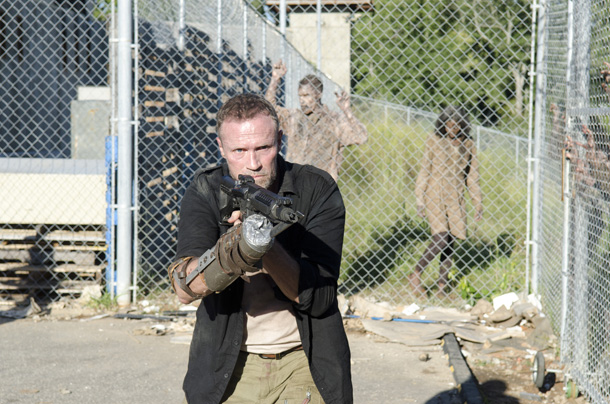 To its credit, this episode starts off the best way it can, as we see Hershel put it lightly by telling Rick he’s “slipping” and having Carl suggest Rick take a step down as leader.  I don’t know if I’d say seeing your dead wife is simply “slipping”, but that at least puts Rick back on track and out of crazy town for this episode, so I’m fine with that.  Various other prison-related beats occur as well, which mainly revolve around Merle being with the group.  It leads to arguments, which are very much justified, even if Hershel randomly decides to defend a guy he hardly knows.  The good thing is that I am very interested in how all of this is going to turn out.  There are at least three people that very much want to see Merle dead, while Daryl just wants to have his brother around.  I have no real reason to think Merle has an entirely different and evil angle as of now, so I am at least excited to see how much longer Michael Rooker is around.  That said, the fact that the group is letting Merle hang out and carry a gun around them is a little disconcerting.

Moving on, the bulk of this episode revolves around Andrea and her quest for peace.  Early on she learns that the Governor did go to the prison and claimed to try and talk to the people there.  He is of course lying, but Andrea is still none the wiser to any of this.  She then makes one of the dumbest moves possible and tells the Governor’s right-hand man, Dr. Milton, her secret plan to go to the prison to see her former people.  Dr. Milton goes straight to the Governor with this information, but Gov. Philip allows it to happen anyway.  At least this leads us to more interesting scenarios, despite the issues that come up later. 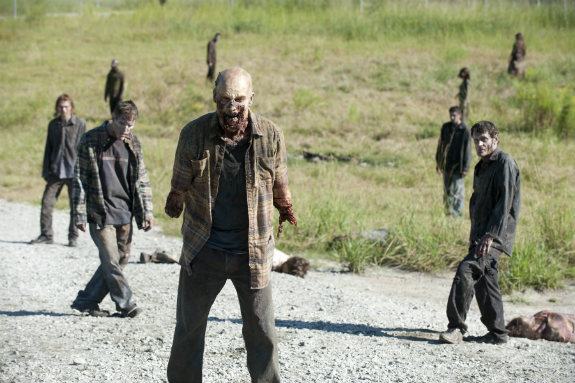 On the way to the Prison, Andrea pulls a Michonne, with the help of Milton, leading her to de-arm and de-jawify a walker.  This graphic sequence is followed by the arrival of Tyrese and his group.  So to step away from Andrea again, the Tyrese development is just outside the realm of too convenient, so that is fine.  As the show requires all these characters to interact, I’ll let it slide that they can all only interact with each other (that said, I expect the Spanish family from the bridge attack last week to show up at either the prison or Woodbury any day now).  Regardless, now we have Tyrese joining up with the Governor, so I can only hope that truths are revealed and we get level-headed, all-around good guy, Cutty from The Wire back over to the prison and finally form that friendship with Rick that I’m hoping for.

Okay, so back to Andrea; the idea of her finally making it over to the prison is a good one, as she has been separated for a long time from people she would consider family and now gets to see what has become of them.  There is a genuine level of shock seen by her, as Andrea learns of the various horrors Rick and the gang have suffered through, the various deaths that have occured, and the living conditions they are in.  This is an appreciated aspect for sure, but the problem is that Andrea is such a poorly-defined character at this point, as the writers have made her so elastic to whatever the episode requires of her, that it is hard for me to get into a central plot based around her reactions and responses.  I did, however, like that when Andrea got to the point of speechifying, it didn’t work nearly as well as it did on the “good” people of Woodbury. 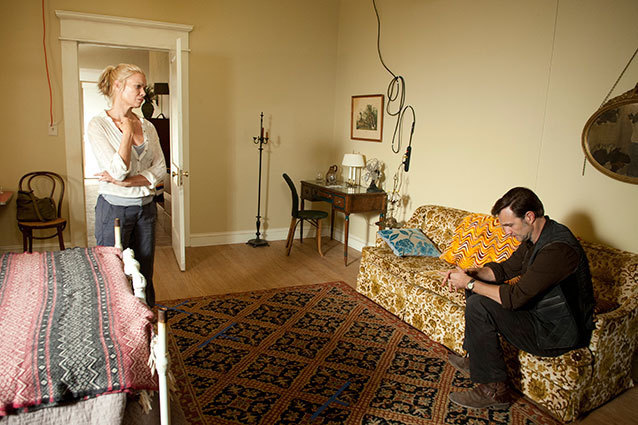 That’s another issue. I am not sure what Andrea is fighting for, as the series has not really shown me why Woodbury is a great place.  Yes, it is walled and has supplies, but the people have hardly been shown to be saints or nonentities.  We have the Governor’s hit squad and a bunch of people that like watching walker fights.  Why is Andrea convinced that these are great people?  What have they done, besides listen to her act all Dale and self-righteous all the time?  And why is she content to forgive the Governor?  We get to the end of this episode, where Andrea nearly follows Carol’s wonderful advice of pulling a “one night stand to the death”, but backs off at the last minute for…some reason.  I get what the show is going for, but it is not doing its job at earning it.  Instead, we have a scene that lacks tension, because no one is convinced that Andrea is going to kill the Governor, as that would be sensible and Andrea has proven time and time again that she is anything but.

Thankfully, the show’s other most problematic character, Michonne, seems to be finally delivering on the type of character she needs to be.  Yes, she’s aloof in a deadly sort of way, but she’s also responding to questions and interacting in conversations.  A scene that pits Andrea against Michonne may not be the thing I look forward to in episodes of The Walking Dead, but it was incredibly relieving to listen to Michonne, of all people, tell Andrea how things really went down and why they needed to happen.  Where we go next, I don’t know really, but hopefully Michonne’s words will drive Andrea back to the prison for good or Andrea will just sit a few episodes out and go play with Karen’s asthmatic son. 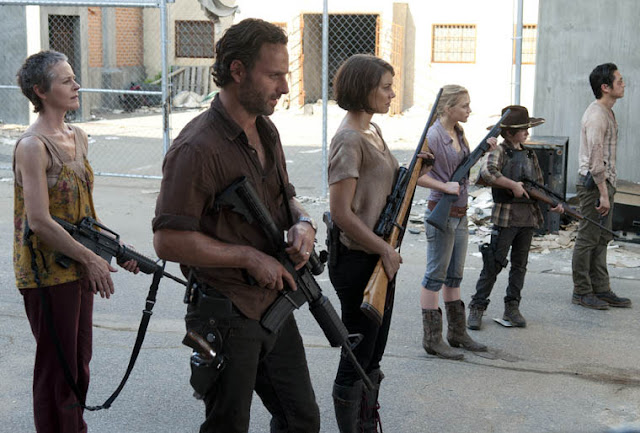 Overall, this episode was off.  Season 3 has built up a lot of momentum in its first half and that does not seem to have carried over into these first three episodes of the second half, with “I Ain’t A Judas” being the weakest of all.  That said, it certainly is not a straight up bad episode of television.  The direction from Greg Nicotero was nicely handled, as there were a lot of neat cinematic elements scattered throughout.  The acting from most of the supporting characters was pretty solid, just look at the natural chemistry between Melissa McBride and Norman Reedus at this point.  And I can only hope that there is less stalling, now that a few of the pieces have been moved into new places on the Walking Dead chess board.  We will see as things heat up next week, but for now, watch out for Merle, he made a prison shiv!