‘Stoker’ Shows The Deadly Bonds That Tie Families Together 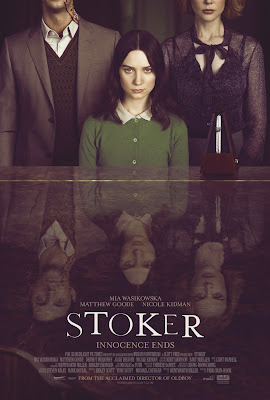 
India:  We don’t need to be friends, we’re family.


Stoker is the English-language debut of Korean director Park Chan-wook, who has previously made thrillers such as Oldboy and Lady Vengeance, which are known for depicting brutal subject matter within the frame of beautifully executed visuals.  Those familiar with his work can see that Chan-wook has a deep appreciation for filmmakers such as Hitchcock and he has gone on to make films that echo that sort of work at a more extreme level.  Stoker is very much indebted to Hitchcock, as well as Brian DePalma, among others, given how the film portrays a level of suspense in such an effective manner.  The film is a psychological drama as well as an American Gothic horror film that Park Chan-wook really directs the hell out of. 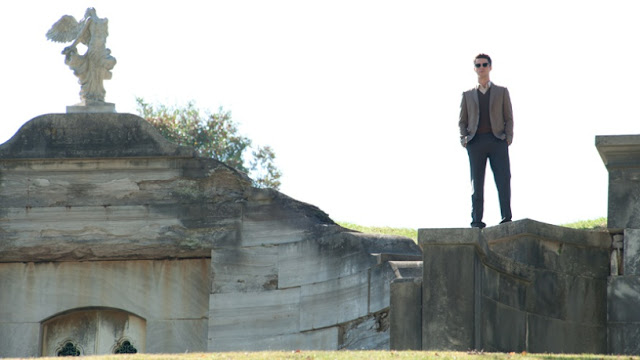 The film begins with teenager India Stoker (Mia Wasikowska) and her mother Evelyn Stoker (Nicole Kidman), along with many others, observing the funeral for India’s father, Richard Stoker (Dermot Mulroney).  We soon learn that India had a very close relationship with her father, but not so much with her mother, which leaves the two of them being somewhat estranged in the large Victorian house they live in.
Enter Charlie (Mathew Goode), the lost brother of Richard, who has arrived at the funeral and decides to stay with the girls for a time, as a matter of good faith.  India is taken aback, as she never even realized she had an uncle, while Evelyn is happy to receive some sort of comfort.  Other family members and people that work at the Stoker house are skeptical of Charlie’s presence as well, as he is a very enigmatic figure to say the least.  Charlie is well-spoken, wise, and quite presentable, but something about him definitely seems either suspicious or intriguing to India. 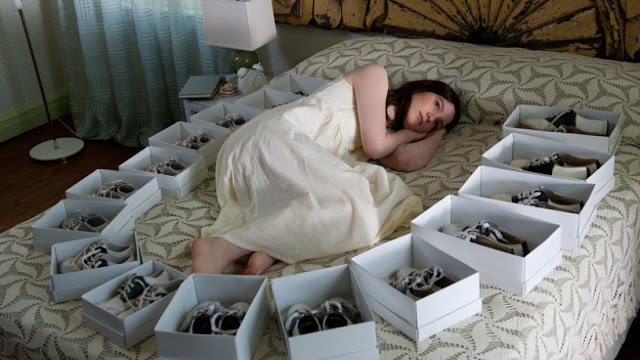 The enjoyment of this film comes not only from how the plot slowly reveals itself, but from how Park Chan-wook depicts those events.  This is a very ‘directed’ film, by which I mean that the film really wants to present itself in an overt way; not with aggressive camera work, but in an elegant and stylish manner.  The house feels like a character in this film from the way the camera moves through and around it.  Each character is framed differently, creating a unique approach for each perspective we see.  Many call-backs to past scenes and layered storytelling make the film’s visuals a key to understanding it, even if the film were to be dialogue-free.  Stoker is deliberately paced, but has a weird energy to it, which Park Chan-wook was happy to capture with his operatic filmmaking sensibilities, fitting for a thriller of this type.

Regarding the actors, I really enjoyed this cast, who seemed to get exactly what kind of movie they were making, which had me imagining what kind of film could come from having the same cast working with Chan-wook on his version of an American Oldboy, as opposed to the version we will be seeing this year, under the direction of Spike Lee (though I am intrigued).  Mia Wasikowska, in particular, is very good in a role where saying that she is introverted would be an understatement.  The character she plays is very peculiar in the way we slowly understand the relationship she has with her family, what gets her down, and most importantly, what gets her excited.  Given that the script by Prison Break star Wentworth Miller (I know, right?) was very much influenced by Hitchcock’s Shadow of a Doubt, it seems quite clear that Teresa Wright’s character in that film was flipped on its head to develop the character of India.  On the other hand, Mathew Goode, an actor who I think can be very good, does a great job of playing the Joseph Cotton character from Shadow of a Doubt, but with differences that apply to being a figure within this gothic fairytale that India is living out.  I am certainly not saying that Stoker is as good as Shadow of a Doubt by the way, but the comparison feels quite fitting and the actors are easily emblematic of the characters in that film, but in a twisted sort of way.  I also do not want to talk down Nicole Kidman, as she is effective as well, but not nearly as prominent as the other two. 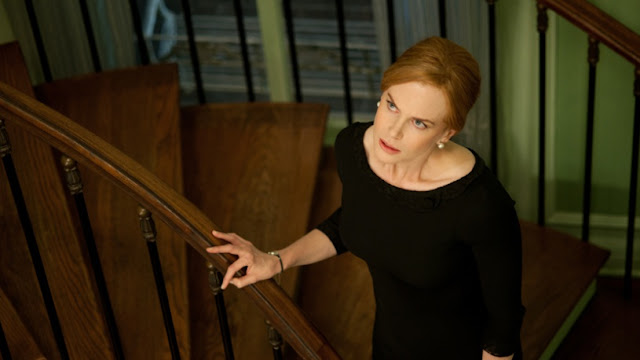 If I really wanted to continue the comparison game though, Stoker actually feels very similar to a film like Black Swan.  Both films have a visually haunting quality to them, feel very operatic in their direction, and have effective scores by Clint Mansell.  The sound design is also very deliberate in the way it adjusts little elements to fully take over certain scenes.  They also both rely on the lead characters delving into a side of themselves that they have been capable of exploring all along, but are provided with a catalyst during the course of the story in each film that leads to very ‘interesting’ results.  While the two films have what I would say is a dissimilar goal in mind, they do operate on a similar dark level, with moments of dark humor sprinkled in throughout.

If some of my descriptions have seemed vague, it is because I obviously do not want to reveal too much about this film.  Yes, the film is a thriller-type, which could give away the fact that violence of some kind may occur, but I was really happy to go into this film fairly fresh and not be spoiled by knowing too many details.  Stoker is a superb mystery that is elevated by its actors and very involving direction.  Whether or not the viewer figures out where the film is going, I was really wrapped up in the strangely intriguing journey to get there, let alone the beautiful visuals, however dark they may be.

Evelyn:  You know, I've often wondered why it is we have children... and the conclusion I've come to is:  we want someone to get it right this time.  But not me.  Personally speaking, I can't wait to watch life tear you apart. 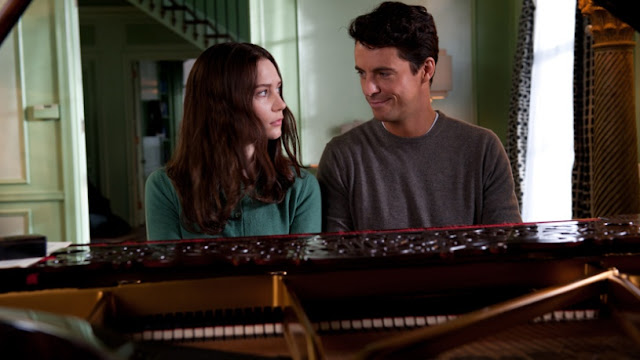 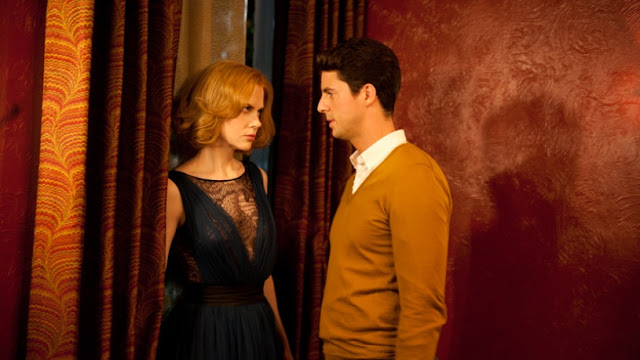