‘Side Effects’ May Include Twists, Turns, And Some Deliberate Pacing 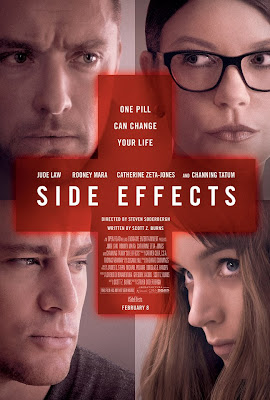 The tricky thing about discussing Steven Soderbergh’s latest and reportedly last directorial feature, Side Effects, is that the film is most effective if the viewer goes in knowing nothing about it.  The marketing campaign (or at least the initial trailers) can be commended for being fairly ambiguous in presenting what is actually going on in this film.  Saying that the film is a neo-noir is the closest I can come in a very brief description, but that could still possible be looked at as a spoiler.  Regardless, Side Effects is an effective adult drama/thriller, with a very deliberate first act that paves the way for the rest of the film to unfold.  One it gets going though, there is a lot to consider and it is amplified by some of these lead performances and Soderbergh’s cold, yet precise and stylish visuals.

Side Effects stars Rooney Mara as Emily Taylor, a young, married woman, who is living in New York and anticipating the release of her husband, Martin (Channing Tatum), from jail.  Martin was put into jail for four years, following his arrest for insider trading.  Once home, Emily is relieved to have her husband back, but soon met with anxiety, which leads her to be a physical threat to herself.  One event leads her into the care of a psychiatrist, Dr. Jonathan Banks (Jude Law), who begins to prescribe her a drug called Ablixa.  Unfortunately, side effects in this drug lead to a second, more dramatic event, placing both Emily and Dr. Banks into some considerable trouble.  With problems piling up for Banks, he is determined to find out the true root of his problems, while Emily deals with possibly being a victim of her medical treatment.

Both Rooney Mara and Jude Law are the key strengths to this film, in terms of its performances.  Mara is required to go through a range of different emotions, which I think she is very able to accomplish in a role that grows more complex, as the film unfolds.  Jude Law has the unfortunate problem of playing a character who keeps getting more and more frustrating elements stacked on top of him, but while he does get exasperated, his charisma tends to be enough to make him seem like he is cool under pressure; fitting for the lead of a film with so many noir-ish elements.  The other actors in this film are not necessarily less important, but have less to do.  Tatum completes his Soderbergh trilogy, but continues to be quite affable, while looking good (he sports a nice hat!).  Catherine Zeta-Jones is also in this film as Emily’s former psychiatrist and she does some solid work as well. 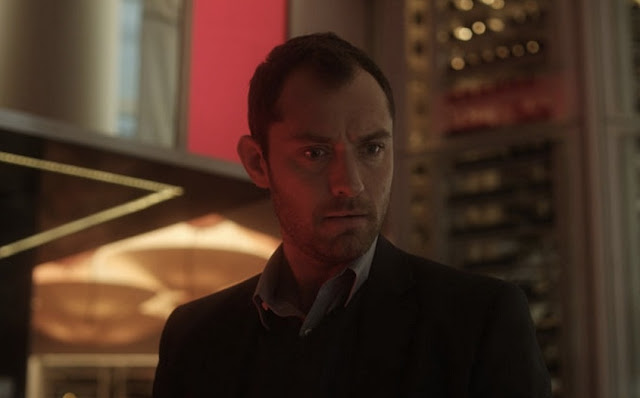 This film was written by Scott Z. Burns, who previously collaborated with Soderbergh on the 2011 film Contagion.  While the ads may be promoting Side Effects as being brought to you by the creators of Contagion, I actually think the film has more in common with the first feature Burns and Soderbergh worked on together, 2008’s The Informant, with Matt Damon.  While that film was more of a comedy, the DNA that made that film is kind of present here, in my eyes.  The ways that both films unfold is very deliberate and are scripted in a way that will definitely make them benefit from repeated viewings.  Certain story elements click together in Side Effects, in particular, which will definitely reward those who were paying attention, but also serve as a solid reason to revisit this film and possibly appreciate it more on a second go-around, given the twisty nature of this story and how good of a job it does at not revealing its hand in any obvious manner.  I could say that I was able to clue in on certain elements a couple steps ahead of time, but that was only met with other turns in the story that I did not necessarily see coming.

Unfortunately, I can already see this film not quite registering with mainstream audiences, because of the way it is scripted.  The first 20 minutes of Side Effects are structured very deliberately, which will definitely make it feel like a bit of a slog to get through for some.  After a big event occurs, the film does not necessarily take off like it was hit with a shot of adrenaline, but the stakes of the film become much more significant and the perception of what type of film Side Effects is becomes skewed and continues to evolve, which certainly kept me engaged; especially since I was an audience member who knew very little about what to expect going in. 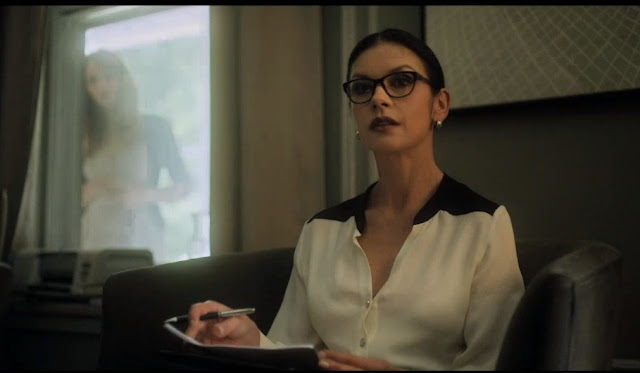 This could be looked at as an interesting film for Steven Soderbergh to be going out on.  If the reports are true and he actually does stop directing feature films, one could look at Side Effects as a pretty inconsequential genre exercise, which would be a shame for a couple reasons.  One being that it would be unfortunate that someone like Soderbergh, who has been pretty consistent, while hopping from genre to genre, is stopping, despite showing no signs that he cannot still make very entertaining films.  The other reason I can currently think of as a shame is that Side Effects really does not say much about Soderbergh, as far as encapsulating his career goes, were this to be his finish line.  Sure there are lessons learned in the film or whatever you want to think, but as a whole, it does not really say anything, despite being a slickly made feature with some fine performances and a twisty, noir-ish plot.  Really, the thing that Side Effects tells me is that Soderbergh could do a pretty convincing Fincher film, in terms of visuals, if he really wanted to.  So with that said, I will just make my plea now that I hope Soderbergh still has more films left in him.

Side Effects is a solid feature.  It has a story that gets better as it goes along, despite being a deliberately paced film.  The work from Mara and Law is quite good here, as they bring a lot to characters that can essentially be boiled down to “types”, once one understands what type of film this actually is (again, sorry for the ambiguity).  And despite possibly being Soderbergh’s last feature film, it is still well crafted and very good to look at, given that we are watching characters suffer anxiety and the side effects of dangerous drugs.  Side Effects is an interesting film to watch unfold.  I only hope that audiences are happy enough to stick with it and appreciate where it goes in its low-key manner.


Emily:  I don’t think you should be my doctor anymore. 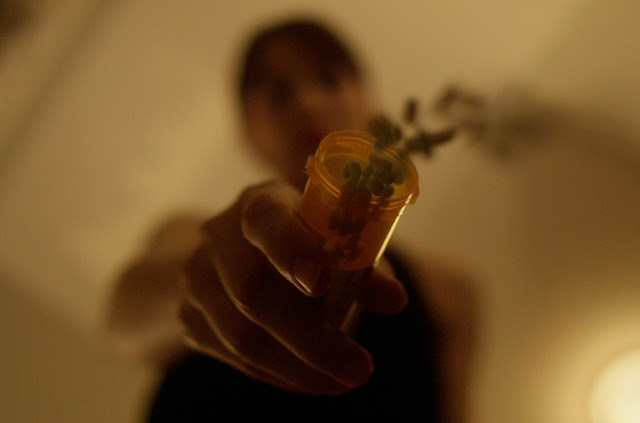