‘Safe Haven’ Is A Romantic Pit Stop From Better Films 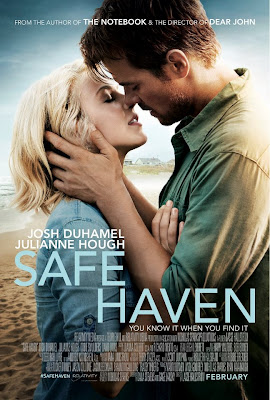 
Jo:  What are you doing in Southport?
Katie:  I needed a change of pace.

It seems to be the most irritating to write about films like this.  I do not have anything against the idea of a romantic drama that is timed to come out around Valentine’s Day, because it is of course the type of film certain people would want to see around then, let alone by those who enjoy this genre in general.  My issue is the fact that the majority of these films, which as of late have been adaptations of Nicholas Sparks novels, barely rise above being the same level of quality as movies on the Lifetime channel.  Safe Haven is a predictable romance story, which cuts away real drama and character investment in favor of various mushy and drama moments that would provide the same instant reaction as something in a horror movie popping up and saying boo.  It is also a film that benefits from decent performances and nice visuals, making it a film that certainly doesn’t deserve hate, just one that leaves me having to only recommend it to a select group of people, rather than being able to directly say yay or nay. 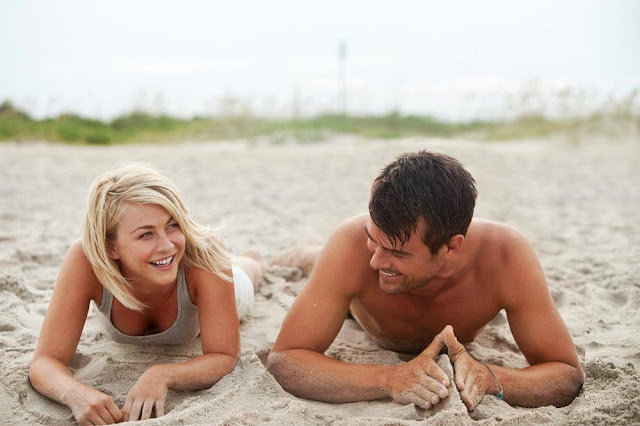 Safe Haven begins with a young woman, Katie (Julianne Hough) running away from something, only to get on a bus and ride down to the small town of Southport, North Carolina.  It appears that a cop, played by David Lyons, is attempting to arrest her for some sort of crime, as he spends the majority of the movie staying up late, looking at his files, and staking out her former home.  Regardless, Katie gets a job in a diner in Southport and strikes up a relationship with a widower, Alex (Josh Duhamel), who owns the town’s general store and has two little kids of his own, Lexie (Mimi Kirkland) and Josh (Noah Lomax).  With some encouragement from her new neighbor Jo (Cobie Smulders), Katie eventually opens up to Alex and the two become more involved.  Following plenty of time to observe some nice scenery, drama eventually ensues, as Katie’s past arrives at Southport.

The letdown of this film, which is based on a novel by Nicholas Sparks, is that there really is not anything to it.  It follows a very basic formula.  We meet our characters, are aware that at least one of them has some kind of secret, the majority of the movie is spent with them finding love with each other, then the last act injects a bit of drama, then everyone is all for the better by the end.  There is also a checklist of everything else you would expect from this sort of film.  Cute kid – check; Irritating kid – check; Wise, but humorous older character – check; A director known for his work on romantic dramas - check; Arresting scenery – check; Gorgeous shots of the lead characters – check; Misunderstandings that could be cleared up with a few words – check; Non-subtle songs to emphasize certain moments – check.  I understand that this is the kind of film that it is supposed to be, but that does not mean I have to automatically enjoy it, in spite of knowing that it is what it is. 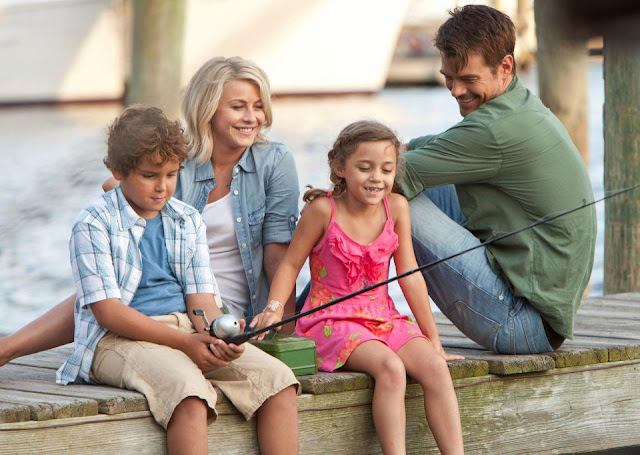 Now could the ball be thrown back at me and make me analyze my enjoyment of various action films or comedies that skew towards a different audience?  I guess, but I would not necessarily consider myself to be a hypocrite because of it.  My role in all of this is to try and provide some perspective from my point of view and movies as basic as Safe Haven are obviously just not the kind that I am happy dig into with excitement.  That still does not mean that I do not respect what it is going for or which audience is supposed to be engaged by the film, it just means that I am trying to be honest.

Getting to things that I can praise about the film, I did find the leads to be charming enough, regardless of how essential that is to a film like this.  Julianne Hough does fine with what she is given to do.  She looks good, has a nice smile, and a warm presence.  What else is needed?  Josh Duhamel brings the same sort of energy that he brings to all of “Duhamel Romance Leading Man Roles” such as Life As We Know It or When in Rome.  He is a handsome guy, who acts just goofy enough to downplay his scruffiness.  His work with the more dramatic material is not a highlight though.  No one else in this film really registers.  David Lyons is hilariously over-the-top, especially as we learn more and more about his character.  The two kids in this movie are playing their roles exactly as required – one cute, one reluctant to having a new mother-like figure in his life.  And Cobie Smulders is around with just enough of her own charisma to make the role not a complete waste. 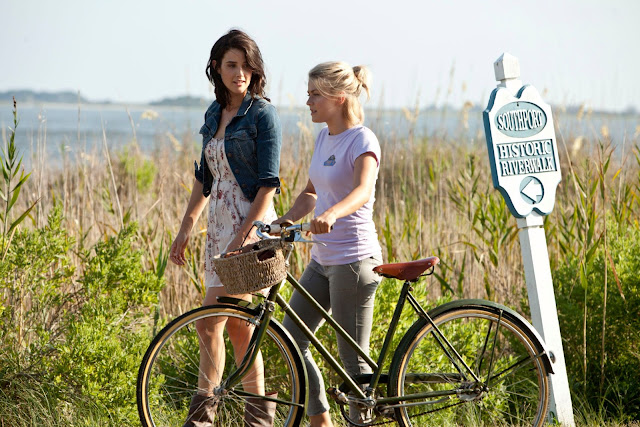 Director Lasse Hallstrom, of Chocolat and most recently Salmon Fishing in the Yemen fame, brings nothing that you wouldn’t expect to see in this film.  He finds the beauty in the east coast setting of this film, stretching the length of this film to nearly two hours, as we are forced to observe plenty of nice scenery, for the sake of emphasizing what we are supposed to understand, given the title of this movie – that Katie has arrived in a safe haven.  Yes, Hallstrom directs the movie he was given and it probably could have been shorter, but the expected crowd will basically get what they wanted with all of this.  More issue could be taken with how the screenwriters decided to go about addressing the various amounts of drama, but again – Nicholas Sparks fans should be familiar with his style and probably not be too concerned with the way characters are developed or events play out.  With all that said, I do think the ending of this film is pretty ridiculous, as it opens up another side of the story all together, which is unnecessary and dampened the spirit of the film for me overall.

Safe Haven is a film that will probably register better for those who go in knowing what to expect.  That said, I knew what to expect and did not exactly come away saying everyone should go check it out.  It’s just not my sort of film, but I will acknowledge that some of the performances are fine, the film looks good, and it’s certainly not a horrific choice come this Valentine’s Day.  If you sought out a review on Safe Haven and turned to me as the person to let you know whether or not to go for it, just remember that romantic dramas as simple as this are either something you already knew you would like or something you could put on hold, if you’re looking for something better.


Alex:  It’s usually just a pit stop for most people.
Katie:  I like it here. 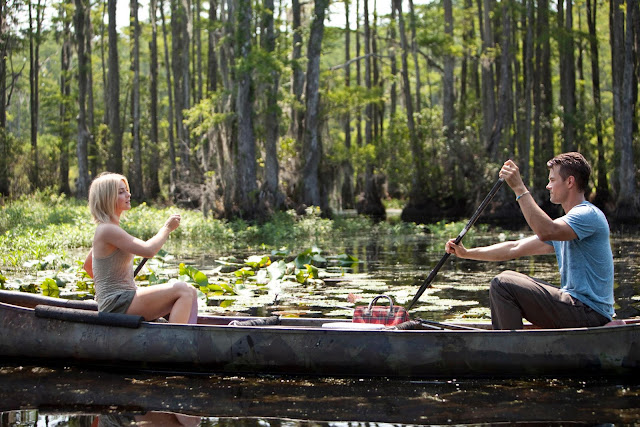