Brief Thoughts: ‘Goon’ Hits Hard With Its Punches And Comedy 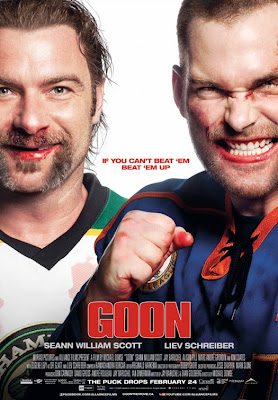 
Doug Glatt:  I think we both have a light in our stomachs.  A special light.  Like ET.  And the team needs somebody to light the way.  My stomach light needs your stomach light.  We can all phone home together.

Goon is a film that I have revisited a couple times now and badly want it to become a sports comedy classic.  It is very funny, pretty violent and vulgar, but well-acted, and oddly sweet.  The story surrounds Seann William Scott as Doug Glott, a bouncer-turned-hockey player, after he beats up a hockey player at a game and is recruited to be an enforcer for the Halifax Highlanders.  During Glott’s time on the team, he successfully beats up many people for the good of the team, while helping the team regain their confidence.  At the same time, he falls in love with a girl (Alison Pill), who tends to sleep around quite a bit.  Meanwhile, Live Shreiber is also in the film as a veteran enforcer, who plans to retire after this year, but won’t go down without a good final fight.

What I really love about Goon is that it is such a nice movie.  Given that it is about Doug beating the crap out of people, that may sound strange, but the film is not at all mean-spirited.  Doug literally apologizes to the people he hurts, because he means it.  He is just doing what he is told, but admires hockey and the players a great deal.  Seann William Scott does some of his best work here, further showing that he is much better than just playing Stifler in other films.  Everyone is quite good here, with Schreiber really delivering in spades, as he nails this part of the veteran fighter, who even gets a chance to embody De Niro in Heat, during a diner confrontation with Scott’s character.

Written by Jay Baruchel and Evan Goldberg, the film is based on a true story, but manages to deliver huge in the way of laughs and fun all around.  The story is a fun alternative to standard sports tales, the actors are all invested enough, without going over the top in a way that is unfitting of the tone of the film, and the general spirit of this very R-rated features is very welcoming to all who enjoy films like Slap Shot or Bull Durham.


Ross Rhea:  You have my respect.  Whatever that means to you, you got it.  But, know this shit hard. If ever there comes a time when it gets down to the morrow, and it's you and me.  Kid, I will lay you the fuck out. 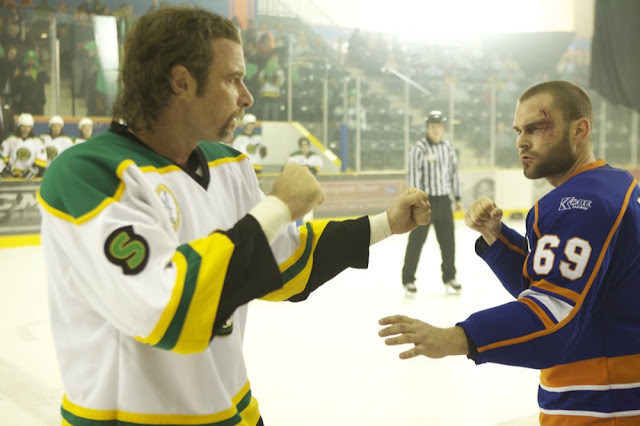