‘Bullet To The Head’ Is Another Silly 80s Throwback 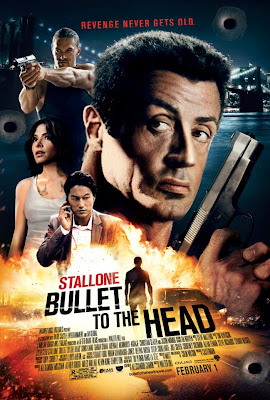 Kwon:  You can’t just kill a guy like that!
Jimmy Bobo:  I just did.

The early 2013 action trifecta continues with Sly Stallone’s latest offering, Bullet to the Head.  Arnold delivered some fun with The Last Stand and Bruce Willis is set to deliver some more “Yippee Ki Yays” in a couple weeks, so for now, here is a Stallone vehicle that was pushed back almost a year and looked terrible to begin with.  What could go wrong?  Well, a lot of things, but that does not mean that Bullet to the Head is not enjoyable.  Make no mistake, this is not a very good film, but there is a lot of guilty pleasure joy to get out of this film, were one to see it with the right group of friends.  Despite the incredibly bland story, mismatched buddy film angle, and disappointing action, the movie…well I guess there isn’t a whole lot to recommend, but it definitely has the feel of a macho 80s film; just not a very good one. 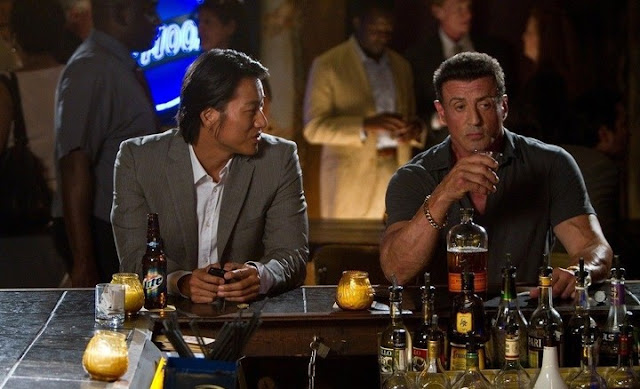 Sylvester Stallone stars as Jimmy Bobo, a hitman in New Orleans, who starts the film by assassinating a mark with his partner, played by Jon Seda.  Problems start quickly as Jimmy’s partner is killed by a mercenary, Keegan (Jason Mamoa), shortly before Jimmy is also nearly taken out.  Annoyed by not getting paid and losing a friend, Bobo is out to find out who was responsible for hiring and then betraying him.  At the same time, a young detective, Taylor Kwon (Sung Kang), is also on the scene, investigating the death of his former partner (whom Bobo whacked at the beginning of the film).  Bobo and Kwon (a better title for the movie), eventually become a team, working together to take down the bad guys, which also includes a campy Christian Slater and a limping Adewale Akinnuoye-Agbaje.

Bullet to the Head feels like some sort of follow-up to Cobra that never came out until now, except that Stallone is no longer a cop, noticeably older, but still looking pretty jacked.  The fact that Walter Hill (48 Hours, Red Heat) directed this film further steeps it in an 80s atmosphere, with one exception; the action feels like a product of today, in a bad way.  Walter Hill may not be as good as someone like John McTiernan (Die Hard, Predator), when it comes to action sequences, but he once knew how to film them pretty effectively.  Unfortunately Bullet in the Head makes the modern mistake of filming almost all of the action from 10ft away and using lots of quick cuts.  It is irritating and disorienting to watch, especially given the amount of big muscles on display.  I will note that I appreciated the amount of fist fighting there seemed to be, especially since the film really turned the sound up to make you hear slabs of meat smacking together, but the action is still not very good (and also plagued by plenty of CG bloodshed). 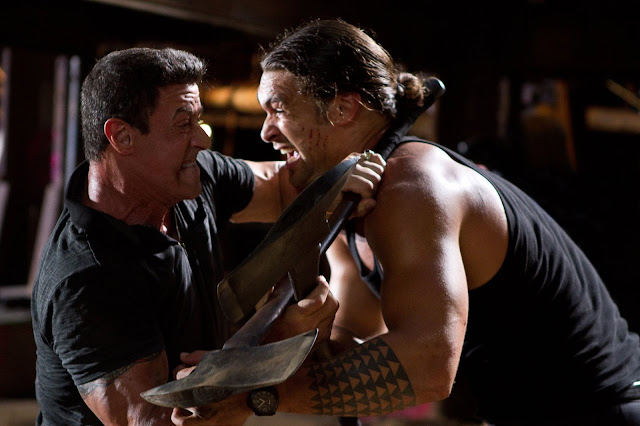 Now I of course did not expect much of a good story here, so it came as no real surprise that Stallone’s motives are pretty easy to understand.  People tried to kill him, so he’s going to kill them back.  As far as the rest of the plot, there is really nothing of interest.  Even the villains have nothing but some sort of land deal as their overall evil plan *yawn*.  I could try to commend the buddy movie dynamic, but Sung Kang gets very little to do, besides act exasperated every time Jimmy Bobo kills a perp, instead of letting him be arrested.  The best efforts come from the film’s loose attempt to add some humanity by giving Bobo a daughter, Lisa (Sarah Shahi, heavily covered in tattoos), as the film is fine with announcing that Bobo is a terrible father, but cares, given that the mother was just some “junkie whore”, while Lisa is fine with pulling bullets out of Bobo and his friends.  It is very light and contrived stuff, but the film doesn’t feel slowed down by it, even if Lisa does become a damsel in distress.

There is almost nothing left to say, so I can get into Stallone a bit.  I have always been more of an Arnold guy, in terms of the big and macho, but Stallone at least seems to be having fun here.  He is given a number of one-liners, which are all over the charts in terms of eye-roll inducing, but they are funny here and there.  His physicality is notable, simply because he looks ridiculously pumped up and old at the same time, as well as covered with a tattoo mosaic on his back.  The running theme of ‘old vs. new’ pops up in this film again; as we have Bobo challenged by Kwon’s use of technology (a cell phone serves as an exposition machine) and Momoa challenging Bobo, simply because he wants to show the old guy how the young guy should be able to do whatever he wants.  I really should shout out Momoa, who still proves that speaking may not be his best asset, when it comes to film roles (I could watch him as Drogo on Game of Thrones all day though), but he certainly has a physically imposing presence that is only challenged by the absurd numbers of close-ups on his face to highlight the fact that he is, indeed, the baddest guy around. 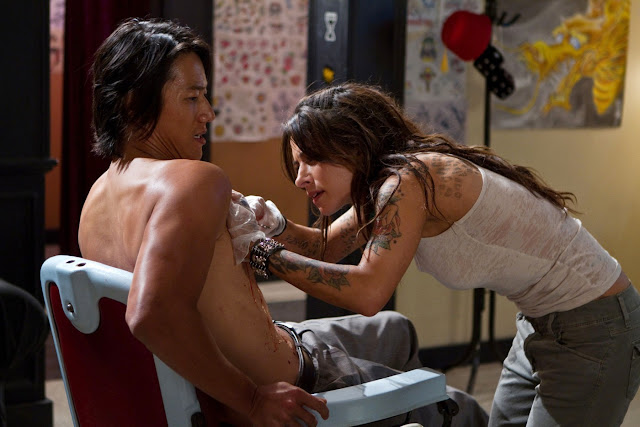 For a bit of history, Bullet to the Head was pushed back 10 months and is now being released in the dead of winter (on Super Bowl weekend no less).  It is obvious that not much is expected from this film.  That’s a fair assessment, because it is entirely unmemorable.  The only real way to enjoy this film, is by going in with low expectations and having a group that knows how to have some silly fun.  I only wish the action was better handled, so I could be more in the position of saying it is a decent watch.  As it stands, Bullet to the Head is not quite a death sentence, just more of an avoidable hazard. 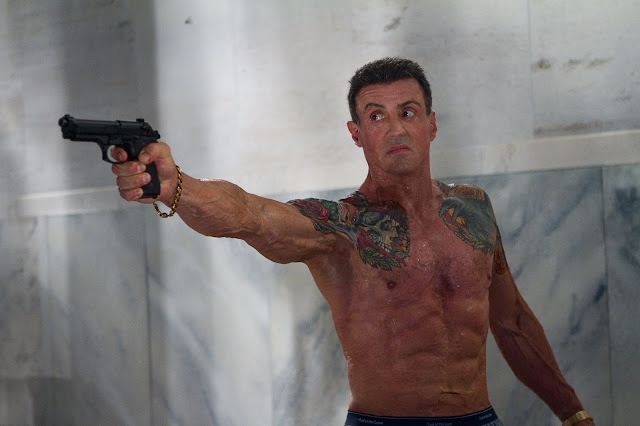