‘Broken City’ Has A Lot That Needs Fixing 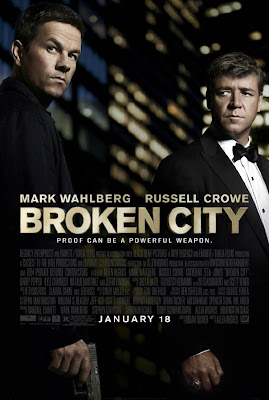 When a new movie that stars Mark Wahlberg, Russell Crowe, and Catherine Zeta Jones comes out in January, some tend to wonder why.  After having seen Broken City, the answer is clearer; it’s not a very good movie and doesn’t have much going on that would scream spring or fall release.  This film has a very tired plot that does itself no favors by removing much of the dramatic tension based on the setup.  It is an attempt at a neo-noir, but it is too large in scale to really nail that aspect and Wahlberg is no Humphrey Bogart.  Despite all of this though, the film is pretty watchable thanks to its cast, which also includes a number of solid character actors.  The film does not rise above any conventions, but it is also not a complete waste. 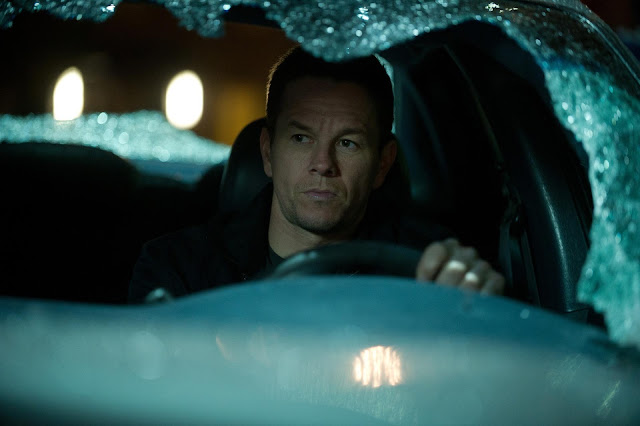 The film opens with Det. Billy Taggart (Wahlberg) facing a possible murder charge for taking down a guy who got away with a heinous crime.  There is evidence that could lead to Billy being found guilty, but it is covered up by Mayor Nicholas Hostetler (Russell Crowe).  Taggart is found innocent, but still removed from duty as an NYPD detective by Commissioner Carl Fairbanks (Jeffrey Wright).  Seven years later, Billy is now a private detective, who mainly takes pictures.  The Mayor is now doing the best he can at the end of his re-election campaign against newcomer Jack Valliant (Barry Pepper).  Billy is hired by the Mayor to find out if his wife, Cathleen Hostetler (Catherine Zeta-Jones) is having an affair, before Election Day.  Given that the Mayor throws a bunch of money at Billy to do the job, there is little hesitation.  Of course, there is much more to this than simply taking pictures at the right time, as Billy gets unwillingly involved in the dirty dealings his employer is associated with.

The movie presents a story that I could have very easily seen in a 1940s film noir.  It has all of the right components, which Broken City is quite aware of, but it is only having fun with that concept in moments as opposed to throughout it running time.  When the film does not deal with this aspect though, it settles for muddled dramatic aspects and subplots that do not really go anywhere (Wahlberg’s alcoholism).  The story is not so much complex as it is just stuffed with information that is not all that entertaining or simply a way to throw a lot of exposition at us.  There is one scene in particular, which has all of the major characters in one location, with one character telling Billy about everyone that is around, including people who we do not hear from until much later, and are then supposed to be surprised that they were involved in some important way. 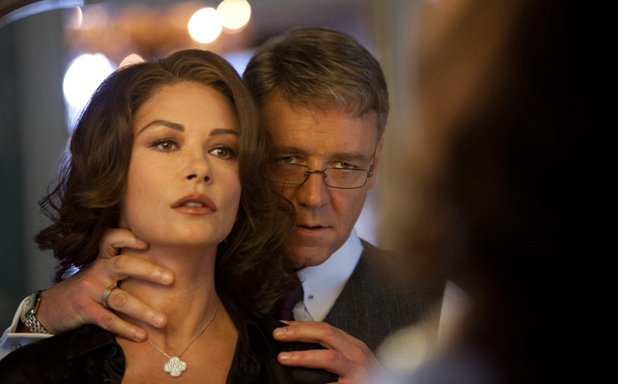 There was one aspect of the story which was the biggest issue though, and that is how the film removes much of the narrative tension by allowing us to know at the very beginning that the Mayor has something on Billy.  I would not be surprised if there were other attempts at how to assemble this film, but given that we always know that the Mayor has a very specific ace up his sleeve, the fact that we spend a lot of time watching Billy try to find a way to have something on the Mayor means very little, because the whole time we know that the Mayor easily has Billy already, which can only lead to two possible outcomes for a film like this.  The film has very little to offer in the way of surprise, which leads to one of the biggest laughs in the film, when Billy exclaims, “Why can’t everyone answer my questions in complete f-ing sentences.”

Putting the narrative aspect on the side, I still think the movie has an enjoyable quality to it, because the film features a strong cast who may not be doing a lot to challenge themselves, but do make scenes better, because they are in them.  Russell Crowe and Catherine Zeta-Jones, in particular, have a couple scenes together where they are verbally sparring, making me wish we could just watch a movie about this duo’s loveless marriage.  Additionally, Barry Pepper, Jeffrey Wright, Kyle Chandler, and Ziggy from The Wire (James Ransone) are all on hand to provide the film with more than it needs and are indeed solid in the film, for what they have to do.  And while I prefer Wahlberg in comedic performances more than eyebrow-constantly-arched, serious roles, he does what he can and has especially fun chemistry with his assistant Katy (Alona Tal). 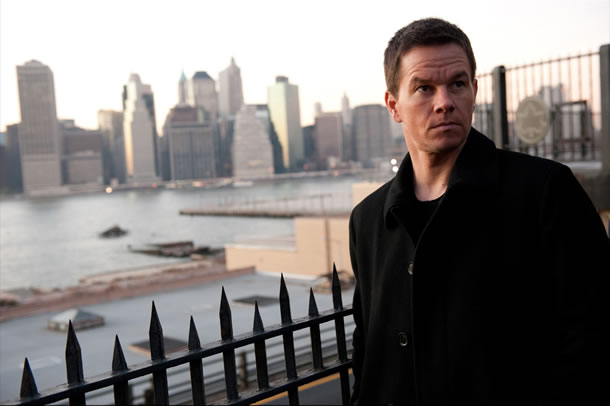 This leads me to why I do not outright hate this film.  It is enjoyable enough to have watched, based on the actors, but also the general tone of the film.  It is R-rated without going over-the-top.  It has language and violence, but the film takes these things seriously.  It is supposed to be set in New York and while I know filming took place elsewhere, it has a good enough look to it, which reflects the tone that the film is trying to strike.  Director Allen Hughes, normally known as part of “The Hughes Brother”, has made more stylish films, like The Book of Eli and From Hell, but Broken City does a good enough job of maintaining its cold and stark palette.  Again, I do think that the general studio feel of its setting (wide shots of the New York skyline, the very good, but too modern of a score by Atticus Ross, etc.) take away from the film’s notion of wanting to be more of a neo-noir, but there is enough craft on display.

Broken City is by no means awful, but it does feel appropriate for its January release date.  It is an adult drama with not a whole lot going on to make it more interesting, but it is decent entertainment, if you have gone out and seen all of the Oscar-nominated films already and are in the mood for an adult drama.  A solid cast nearly makes up for a lacking story, but while the film is fairly unspectacular, it does not feel like a waste.  I mean, Russell Crowe’s overdone tan in this movie alone is enough to add interest, right?


Billy Taggart:  He only knows people who kill people. 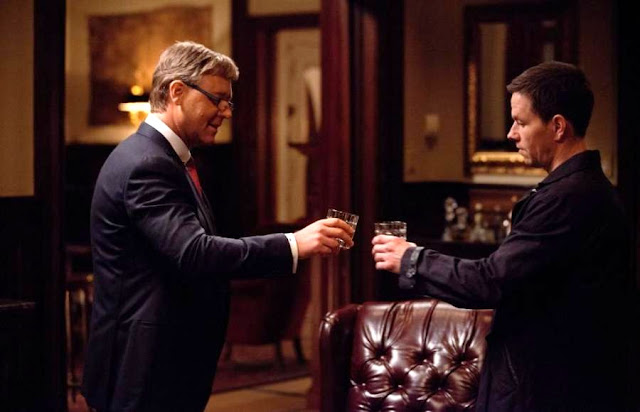