‘Silver Linings Playbook’ Is A Dark, Romantic Comedy With A Great Layer Of Sweetness 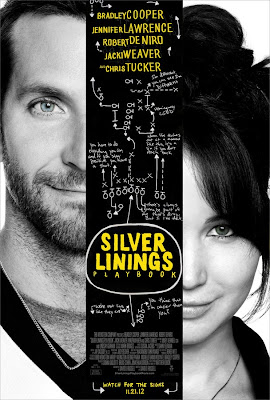 Silver Linings Playbook:  4 out of 5


Pat:  You just gotta have a strategy, you know?

Silver Linings Playbook is a film by writer/director David O. Russell (Three Kings, The Fighter), which is much better than one would believe it to be.  From the outside, it looks like a story of good-looking people with problems, who may inevitably end up together.  In lesser hands, this material could seem trite, but the script for the film is incredibly sharp, getting around its formulaic aspects to prove itself as a frequently funny, well-acted, and emotional film about two people rebuilding their lives.  It works as a modern-day screwball comedy that has a sense of reality, as its characters deal with the issues that make them different, making it a film that I will not be surprised to see embraced by audiences all over. 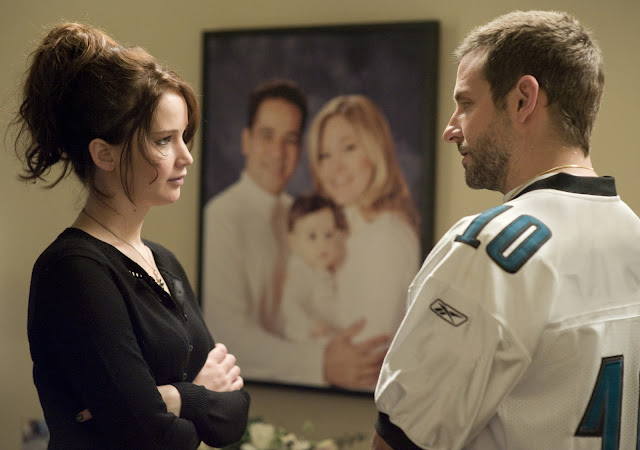 Based on a book by Mathew Quick, then adapted for the screen by Russell, the film stars Bradley Cooper as Pat Solitano, a man who has lost everything and returns home to start again.  Pat has just been released from a mental institution, following an incident involving his wife, who was having an affair.  This incident cost Pat his house and his job, which leaves him living back at home near Philadelphia, with his parents (Robert De Niro and Jacki Weaver).  We soon find out that Pat is Bi-Polar, which is why he has trouble staying calm, let alone keeping any sort of filter on what he says.

As Pat tries to adjust to his current life, with hopes of restarting his marriage by exercising and studying the books that his wife is teaching in her class, he meets another person who has also suffered some issues.  This is Tiffany (Jennifer Lawrence), who is a widow and finds herself drawn to Pat.  She offers to help Pat reconnect with his wife, if he helps her out with something in exchange.  Pat agrees, but will have to balance his own control issues with Tiffany and hers, not to mention his Philadelphia Eagles-obsessed father. 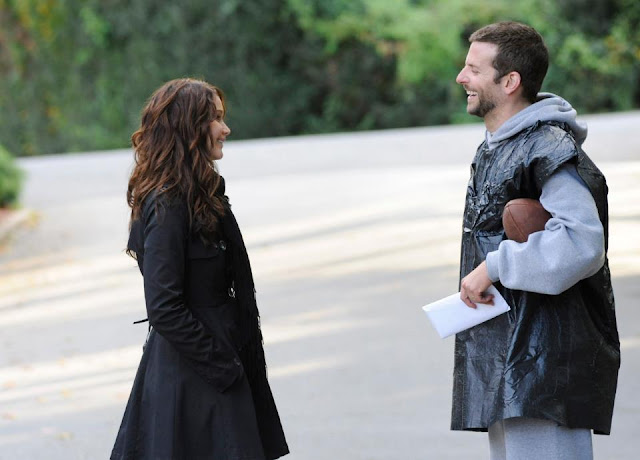 While watching Silver Linings Playbook, it occurred to me that I was enjoying it for reasons that made me less enthusiastic about Russell’s previous film, The Fighter, as a whole.  While I really admire a lot of The Fighter, particularly Christian Bale’s award-winning performance, I was put off by the cartoonish depiction of the extended family seen in that film.  Silver Linings Playbook has that element as practically a whole framework for the film, as we see Pat and his family, along with others who get involved, get into arguments and fights that feel somewhat over-the-top, but also painfully real at times.  There is an authenticity to how these characters interact with each other, which makes it a very human comedy that has all sorts of enjoyable elements because of this.

The work by the actors is quite strong.  Bradley Cooper was able to shed his image as a good-looking, alpha male early on, which made it easier for me to lock into the performance he gives here.  Keeping himself just barely contained, Pat is a man who wants to be normal and works hard to seem that way, but cannot help but express himself, regardless of whether it is coming either from a place of honesty or just obnoxiousness.  He clearly has rage issues, but seeing how he is able to push that aside, due to the things in this film that help him deal, makes for a compelling performance.  A lot of the same can be said about Lawrence, who is also great in this film and has great chemistry with Cooper.  She may literally be crazy hot in the film, but the vulnerability we see in her character makes her performance a tricky one as well, given that she speaks in a way that should be empowering her.  Both of these characters are wonderfully realized and the various types of scenes that they have together are all highlights for different reasons. 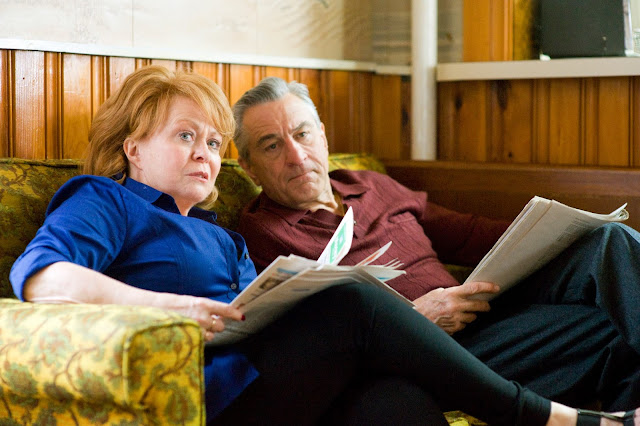 Not to be outdone, De Niro and Weaver in the supporting roles as Pat’s parents are effective at both being a fun presence in the film, along with being well-played emotional anchors.  The film works incredibly well when the arguing or shouting starts to feel more serious in tone and how these two play off of Cooper shows why they are veteran actors.  De Niro, specifically, has a subtle way of letting emotion come out in what is mostly a fine comedic performance and easily his best in years.  Additionally, the fact that Chris Tucker has apparently come out of hiding to fill the shoes of another character in this film, Danny – a friend of Pat’s from the mental institution, is just interesting to see.  He does not get a whole lot to do, but Tucker has always been a fun presence and it is nice to see him away from Rush Hour films.

David O. Russell gets a lot of credit for turning in a great film here, as he has done a fine job of putting a lot of pieces together for a film that delivers on many levels.  It does not have the same kinetic visual energy as some of his other films, but the energy does come from his steady direction, as he lets characters have a conversation that is sharp, witty, and full of one-liners.  The film wastes no time getting started and the pace does not let up, as the film may be a comedy with one specific destination, but it does not ever stop being interesting.  It is also a credit to how he is able to take subject matter that could easily fuel a much darker drama and turn it into a film that is as enjoyable as this one.  Silver Linings Playbook is a film that finds two characters locked into dealing with their psychosis, but it still knows how to play up the seriocomic angle quite effectively. 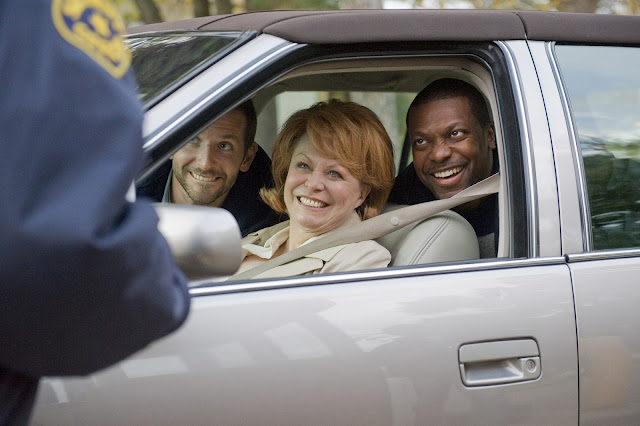 I Heart Huckabees aside, I am a fan of David O. Russell, as he brings out interesting takes on films that could otherwise seem fairly rudimentary.  Silver Linings Playbook can be described as a romantic comedy, but it still has characters that are as emotionally damaged as the ones seen in Eternal Sunshine of the Spotless Mind.  As a whole, the film is well-staged, as it finds a way to bring in several great performances, a very solid script, and a tightly-paced story that may be about nothing overly important on a higher level, but is about something on a personal level, which finds two people making something of their messed up lives. 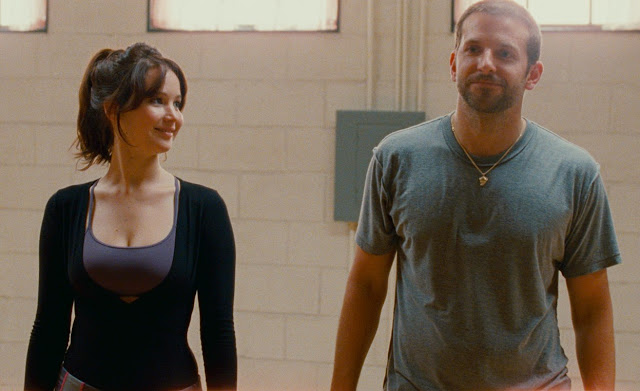