‘Flight’ Coasts With Good Acting, In The Midst Of A Stormy, Heavy-Handed Drama 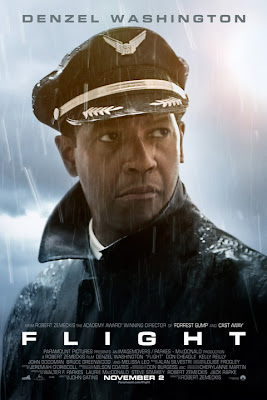 
Whip: Nobody could've landed that plane like I did.

There is a solid 30 minutes of Flight that makes for one really compelling drama.  It involves a sequence that will terrify anyone that was already a nervous flier and sets up possible stakes for the rest of the film.  Unfortunately, that was merely the film that was being advertised, not the one that we see in Flight, the return to live-action filmmaking for director Robert Zemeckis.  The rest of this film is generally well-acted all around, but also very heavy-handed, as we watch Denzel Washington’s character deal with the effects of alcoholism from an internal level, as the film does not give him much of a life to see self-destruct elsewhere.  As a result, this is a film that is admirable for existing as an adult character study, but is also overlong and uneven, hwile cruising at a safe altitude. 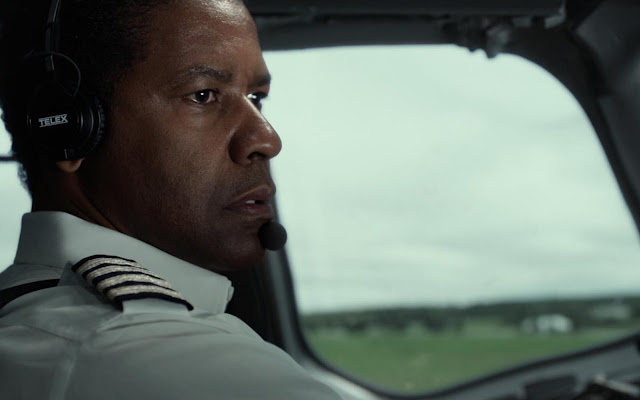 Denzel Washington stars as airline captain Whip Whitaker, a great pilot who is also a functioning alcoholic.  We see examples of both in the beginning of the film.  When we first meet Whip, he has just awakened from a night of heavy drinking, which he counteracts by doing a line of cocaine, before reporting for duty as the captain of a flight to Atlanta.  During the flight, some sort of mechanical failure occurs, which forces Whip to use his instincts to pull off a miracle maneuver, saving the lives of nearly all the lives aboard the plane.

Having crash-landed the plane, knocking himself unconscious, Whip wakes up without much injury and is eventually able to leave the hospital.  He learns the news regarding those who did not survive and is also made aware that the National Transportation Safety Board (NTSB) performed a toxicology screen, which shows that Whip was intoxicated while flying and could face manslaughter charges.  Despite help from his friend and representative in the airline pilots union, Charlie (Bruce Greenwood), along with a Chicago criminal attorney, Hugh (Don Cheadle), Whip is bent on dealing with his issues almost entirely on his own.  What follows is Whip’s journey, as he balances the idea of doing things his way and redeeming himself for the better. 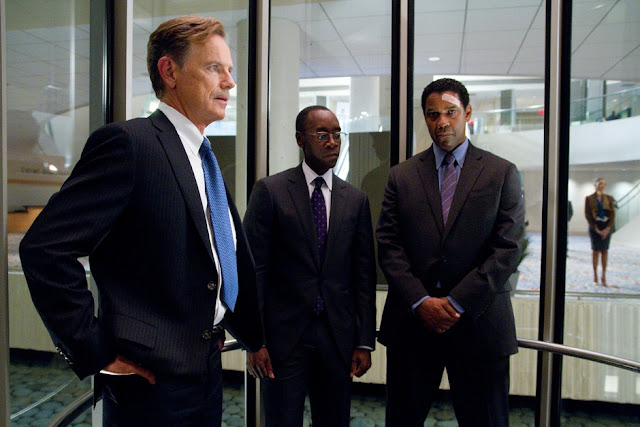 As I said, how we see Denzel’s character during the opening of this film; waking up in the morning, with all sorts of things going on that you would never want to see your pilot involved in, followed by his heroic efforts to save a plane full of passengers is wonderfully staged, intense, and engaging.  The fact that this is a rather exciting opening that is followed by a much more low-key drama about a man’s struggle against addiction is not the reason that the film suffers.  It suffers because this storyline is not particularly well-handled, let alone fresh, as it is simply an addiction story with some powerhouse talent behind it.

Is it impressive to see someone like Denzel Washington play a drunk and make you feel uncomfortable because of the choices that you see him make and the behavior that you see him exhibit?  Yes, it is and Washington is certainly capable enough as an actor to really make you worry for him, as he is quite charismatic in general, but does a good job of having you hate the choices that he makes.  The problem is that there really is not much of a life for Whip to ruin over the course of this film.  By the time it opens, Whip already has not family to lose, has no real friends, and only goes on to isolate himself from everyone.  By doing this, the movie ends up repeating a lot of the same beats over and over, as we watch Whip abuse alcohol, get into some kind of argument about his drinking with some character that has a soft spot for him, and then see him stir in turmoil.  This is a familiar ‘demon in a bottle’ storyline that has come up often in films and Flight is not doing a whole lot to make it seem fresh. 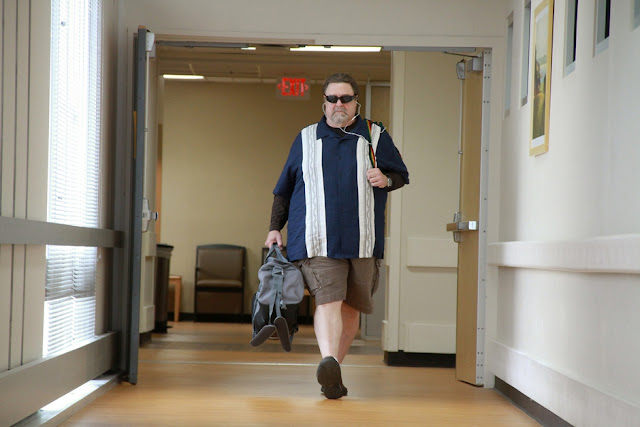 Further hampering things is the way that spirituality seems to pop up in the film.  Flight is coming right out in saying that “God works in mysterious ways”, as John Gatins screenplay is really hitting you over the head with various monologues about how people are interpreting theirs lives and those around them, while Zemeckis’ direction assures you of what is happening in the story with his assured, but unsubtle direction (come to think of it, Contact and Cast Away had similar elements).  These things would be less bothersome if the film didn’t end with a finale that feels like a checklist of everything that needs to happen for this kind of movie to resolve itself.  However, the film does have an 11th hour decision, which puts the movie in its desired position of keeping a nice face on our lead.  I do like that Flight does not spend its time making us want to like Whip and instead let us question him, but once again, the whole thing is pretty ham-fisted.

Now, putting all of that out there, the film does have its admirable qualities.  I do think Denzel Washington is very strong here.  He may not be stretching himself further than I was hoping, but even a comfortable Denzel is a very good one.  The supporting cast is also quite good.  John Goodman’s comic role as Whip’s drug dealer may be pushing the tone of the film into awkward territory, especially when he shows up later in the film, but he and Washington have great chemistry.  Similarly, Don Cheadle (A complete opposite character turn from the last time he co-starred in a film with Washington – Devil in a Blue Dress) is able to work well with Washington, even if every other interaction he has in the film involves him mentioning how good he is at his job and that he’ll “kill the tox report”.  Even the minor players are quite effective, as Nadine Velazquez has a small, but important role, along with Tamara Tunie as well.  The most important role should be Kelly Reilly as Nicole, who becomes the one person Whip can find himself relating with, however I don’t think that character ends up working as well as she should here.

Flight does not end up soaring, despite the attempts to make it fly high from the work coming out of Denzel and the other actors involved, along with the filmmakers.  It feels like it should be a more involving story, given how it goes from a thrilling scenario and into the resulting aftermath, but that shift does not push the story into an area that requires the whole 140 minute running time it has to tell it.  Again, I was not disappointed with what the movie ended up being, I am disappointed that the people involved could not make a better film , which is really more of a screenplay issue.  As it stands, Flight merely cruises along at a mid-range level.


Hugh Lang: I'm trying to save your life!
Whip: What life? 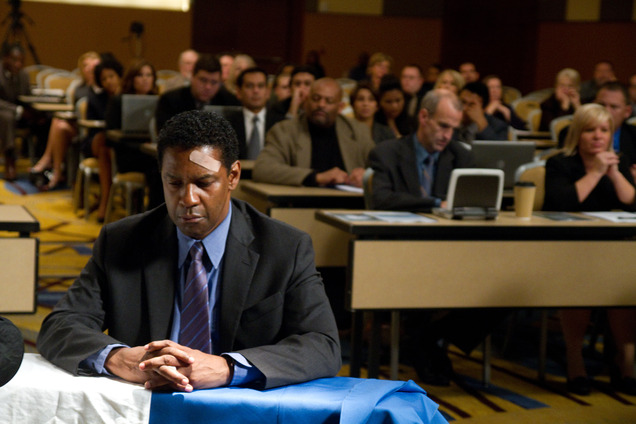 Aaron is a writer/reviewer for WhySoBlu.com.  Follow him on Twitter @AaronsPS3.
He also co-hosts a podcast, Out Now with Aaron and Abe, available via iTunes or at HHWLOD.com.
By Aaron Neuwirth
2012 Films Bruce Greenwood Denzel Washington Don Cheadle Drama John Goodman Nadine Velazquez Robert Zemeckis
Reactions: