‘The Perks Of Being A Wallflower’ Can Be Quite Nice 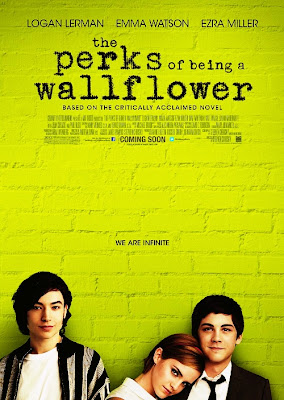 The Perks of Being a Wallflower:  4 out of 5


Charlie:  Right now we are alive and in this moment.  I swear we are infinite.

I would say I had an enjoyable High School experience.  I was no jock, but didn’t find myself huddled in a corner of the library either.  I had my friends, got good grades, and ran track.  Everyone experiences high school differently though and regardless of how good or bad, everyone surely experienced significant events that would go into shaping who they are.  The Perks of Being a Wallflower is a film that I think many people can find something about that they can relate to, as it has numerous situations that come with the territory when thinking about high school.  It may focus on a specific set of characters that can each be seen as specific archetypes, but the film has enough charm and well-handled drama to make it resonate regardless. 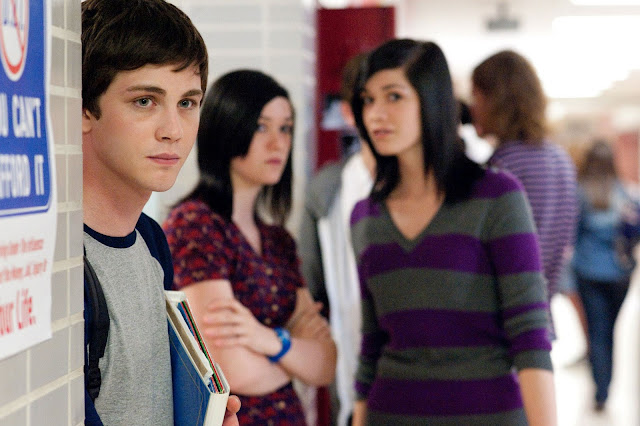 The story takes place in a suburb of Pittsburgh during the early 1990s, with Charlie (Logan Lerman) beginning his freshman year in high school.  He is an alternative thinker, and as the story begins he is shy and unpopular, epitomized by the fact that he sits alone at lunch.  Charlie is smart though, which is emphasized by his love for books being given to him by his English teacher, Mr. Anderson (Paul Rudd), with The Catcher in the Rye of course being one of them.  There is another issue about Charlie though, which is slowly revealed throughout the film, but it is not a pleasant one.  Basically, from the start we are aware that Charlie has had some rough times in the past.

The story really kicks into gear when Charlie befriends Patrick (Ezra Miller) and Sam (Emma Watson), who bring him into their fold of friends, fellow wallflowers, belonging to “the island of misfit toys.”  This group consists of other teenagers, all seniors, who are not necessarily unpopular, but certainly fall into the category of ‘different’.  Among them Patrick is decent at school, but full of life, despite being made fun of at times for being gay.  Sam has a bit of a reputation when it comes to the boys, but she is also sweet and charming.  Charlie of course develops a crush, but this will be among the many challenges that he must deal with during his first year in high school. 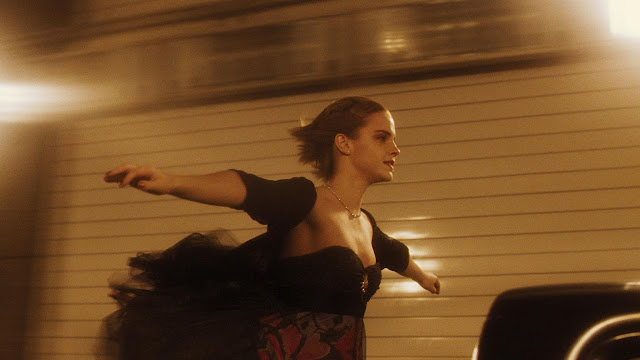 The Perks of Being a Wallflower has the ultimate benefit of being an adaptation that can’t be challenged in terms of being true to its source material.  I say that, because the original book was written by Stephen Chbosky and he has been lucky enough to be able to adapt the book for the screen and direct the film himself.  With this in mind, I was quite impressed with the film, as it was well constructed and features actors who are giving pretty strong performances that synch up with what the film is asking of them.  The character of Charlie may have been in over his head when entering his freshman year, but Chbosky seems right at home as a filmmaker.

The clearest way to define this film is as a ‘coming-of-age’ drama, with moments of charm and humor.  It is a study in the awkwardness of adolescence, which leads to many scenes that result in good and bad times for a lead character that is inherently introverted.  What helps is the fact that this film does not betray the fact that it really is a drama with moments of levity, as opposed to being the other way around.  There are characters that can be deemed lovable, but the film has a way of getting to emotional moments that work, because they are well-earned, based on how they have been developed. 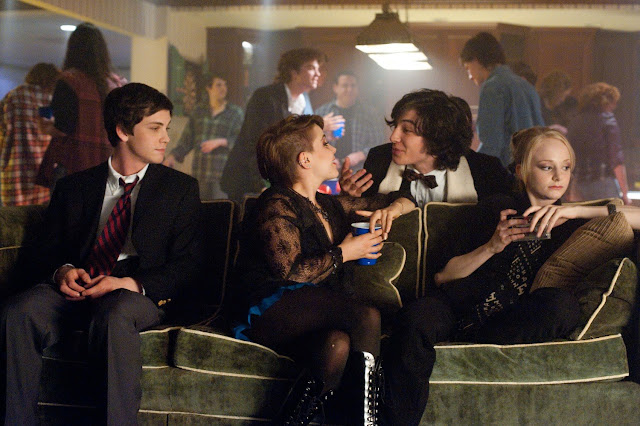 The three leads are pretty great here.  Logan Lerman does a wonderful job of maintaining the spirit of a teenager who is not only trying to figure out high school through the eyes of a freshman, but also one who is constantly repressing certain emotions that could throw him completely off balance.  Ezra Miller has pulled a complete turnaround from his role in the psychological drama We Need to Talk About Kevin, by playing this bright light in a film that has its share of darkness.  Patrick is a great ball of energy, who is only given further support thanks to his chemistry with Sam.  As Sam, Emma Watson brings a lot to this role, which is nice to see, as she is able to shed her Hermoine persona from the Harry Potter films and easily fill the shoes of someone new.  Working with an American accent, there is a sweetness to Sam’s character, which is well-reflected in her interactions with Charlie.  Her somewhat rebellious spirit also works in keeping her as someone who is believable enough to not question why she would hang with these other ‘wallflowers’.

As a whole, the film does have a slight issue with meandering, before getting to where it needs to go with these characters, but these scenes in question are ones that are basically around to further expand on the characters, so it is not much of a problem.  I should also note that along with the younger actors, Dylan McDermott and Kate Walsh play Charlie’s parents, Melanie Lynskey appears in flashbacks as Charlie’s aunt, and there is even a place for Joan Cusack.  Paul Rudd was already mentioned, but because Rudd is such a nice presence, it does not hurt to mention him again.  And lastly, the soundtrack certainly conveys the feel of the 90s.  While the film has a certain timeless element to it, the soundtrack is a solid listen nonetheless, regardless of how it establishes a certain time period for the film. 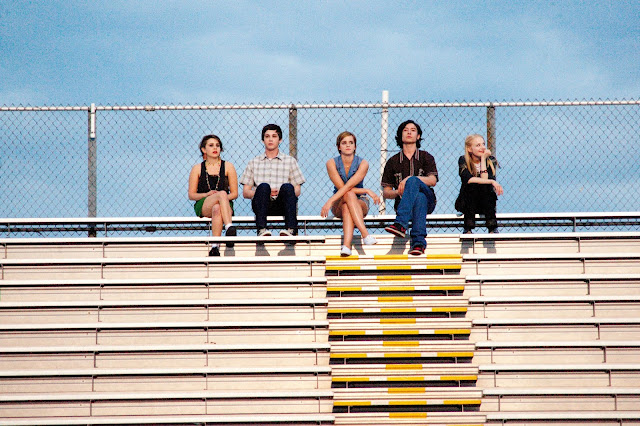 In all of this I have not mentioned how ‘Perks’ relates to John Hughes’ work in films centered around teenagers.  That is because I am not a huge fan of Hughes.  I respect his work and enjoy some of his films (Ferris Bueller) a lot more than others, but they are not necessarily films that I think of when it comes to these kinds of high school dramas that can possibly resonate with me.  I am not saying that ‘Perks of Being a Wallflower’ is having a greater effect on me than Hughes films have had, but I will say that ‘Perks’ is easily a film that can sit on the same level (Note: the film would also play well as a double feature with Adventureland, given how that film reflects college-aged awkward adolescence).  I may not be one that needed a film like this to help me recall my high school experience, but I certainly found plenty of enjoy in this film and see it as a nice addition to this sub-genre of well-meaning high school films.


Charlie:  I don't know if I will have the time to write anymore letters because I might be too busy trying to participate. So if this does end up being the last letter I just want you to know that I was in a bad place before I started high school and you helped me. 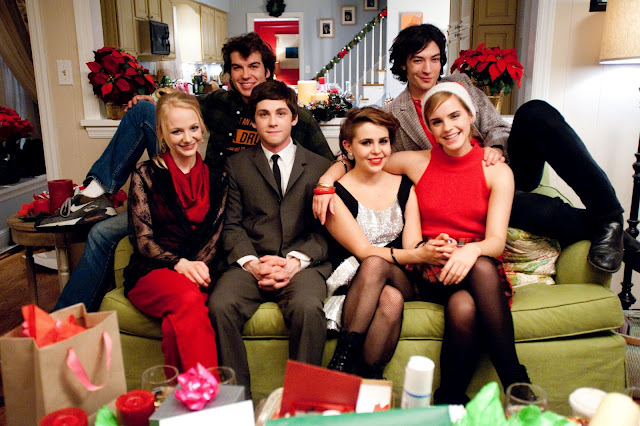 Aaron is a writer/reviewer for WhySoBlu.com.  Follow him on Twitter @AaronsPS3.
He also co-hosts a podcast, Out Now with Aaron and Abe, available via iTunes or at HHWLOD.com.
By Aaron Neuwirth
2012 Films Comedy Drama Coming of Age Emma Watson Ezra Miller Logan Lerman Paul Rudd Stephen Chbosky
Reactions: