‘The Paperboy’ Misses The Delivery 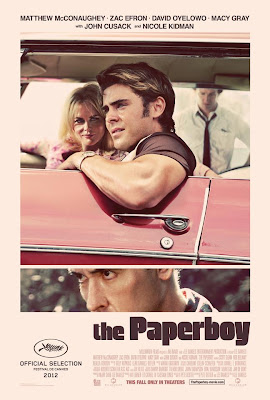 
Hillary Van Wetter:  These your paperboys?  What are they gonna do for me?
Charlotte Bless:  They’re gonna save you.

It seems like The Paperboy should have enough to make it an entertaining, trashy thriller.  It has all of the right ingredients, with several actors giving strong performances just for the sake of adding on to a film that does not even really need it.  Yet, the plot is shapeless and lacks anything that resembles a sense of urgency.  There is plenty of material present to make a story that is much more engaging, but the film instead putters out fairly inconsistently, not quite knowing what to stick with or know what works best.  The Paperboy is a swamp noir that gets caught in the muck. 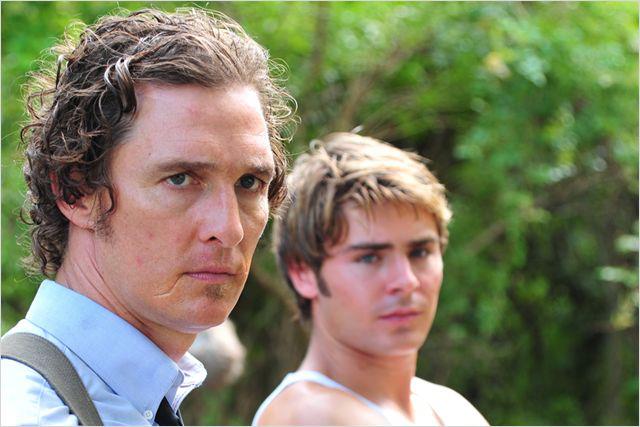 The film stars Matthew McConaughey as Ward Jansen; a reporter for the Miami Times during the 1960s, who has returned to his hometown of Lately, Florida, along with his writing partner, Yardley Acherman (David Oyelowo).  The two have come to Lately to look into the story of a man who has been convicted of killing a corrupt sheriff.  This man is Hillary Van Wetter (John Cusack), who is now on death-row, but claims to have been framed.  Joining Ward and Yardley on their visits to Hillary in prison is Charlotte Bless (Nicole Kidman), who is a death-row groupie of sorts, as she develops relationships with these types of prisoners.  Also joining the group is Ward’s little brother Jack (Zac Efron), who quickly develops a crush on Charlotte.  The story is narrated by the Jansen family’s maid, Anita (Macy Gray), who is well aware of Jack’s infatuation.  As the story continues, we find out how far Ward’s investigation is able to go in order to possibly get him the great story he hopes to write and possibly help free Van Wetter, assuming he deserves freedom.

The Paperboy was inspired by a true story, which was then written as a novel by Pete Dexter.  The film has been adapted for the screen and directed by Lee Daniels (Precious), who seems to have all the material he needs, but does not know how to connect the dots effectively.  Instead, he has put together a messy film that features plenty of “Acting!” that ranges from Nicole Kidman being an incredibly sultry seductress to John Cusack at his most batshit insane redneckness, but without enough skill to make this an effective display that benefits all that the actors are trying for.  Instead, we have actors that are trying, but we also have to deal with a film that has way too many stylistic flourishes that try to make a muddy bayou look more interesting than it is, awkward editing, and a lack of more in the way of assured storytelling. 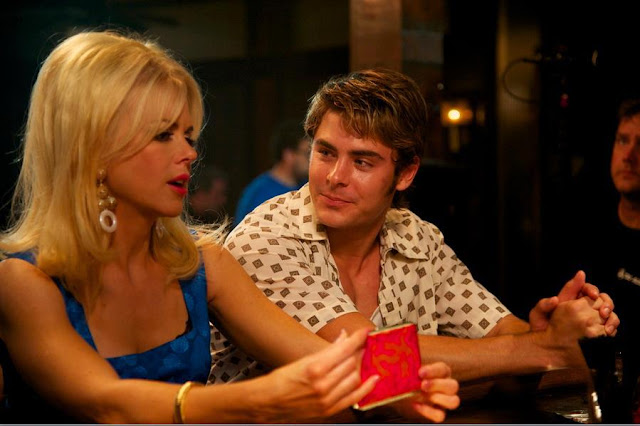 There were plenty of opportunities to have the film worked, if it simply chose a path and stuck with it, but the film does not so much twist and turn as it just throws everything in and hopes it tastes good.  I have seen other southern noirs that play out more effectively, despite all that is involved.  1998’s Wild Things is an easy callback, which similarly featured all of the elements of the most trashy story possible, but managed to have plenty of fun doing so in a well-conceived plot (yes, Wild Things does have more to offer than just those key scenes that many guys know).  An even better example is this year’s Killer Joe (also featuring McConaughey), which took trailer trash depravity to new levels (I’m not sure how new at this point, given the presence of Honey Boo-Boo), but was still also incredibly twisted and darkly hilarious in a very good way.  The Paperboy misses out on cashing in on the good it has, finding entertaining scenes, sure, but not enough to have one overlook the messiness of its storytelling and the flatness of its overall payoff.

It is a shame too, because there are some generally solid performances in this film.  Most notable is probably Nicole Kidman, who seems to be the one actress involved that is gunning for award recognition.  The way Kidman plays the Charlotte character is only more effective once you get to some of the deeper layers of her character and I liked that.  It reminded me a bit of her breakout role in To Die For.  Cusack is notable just because I have not seen him play this type of person before, which is a dirty, redneck slimeball.  McConaughey continues to shine this year, even if he seems pretty at home with this character.  Zac Efron unfortunately does not bring much to the table, as he is merely the looking glass for the audience and also seemingly in touch with the 60s equivalent of a Calvin Klein commercial, as he spends what seems like a majority of this film in his underwear.  The last person to touch on is Macy Gray, who is actually quite good.  I could have dealt without some of the ways that Daniels handled inserting her narration, but overall, if he can get an Oscar-winning performance out of Mo’Nique, then I am not surprised that he is able to get good work from Gray as well. 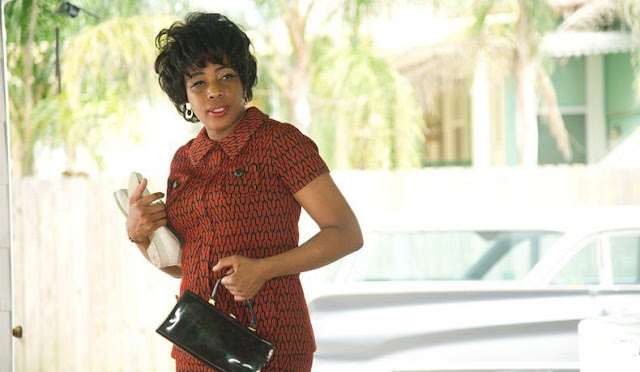 Other trashy noir/thrillers have covered this territory better.  The Paperboy may seem like a stylish pulpy feature, but it lacks in other areas to give it more depth.  Most of the actors step up to the plate, but the overall film cannot quite bring it home.  Even the end of the film feels like it gave up.  Sometimes a messy feature can still reach solid heights because of its ambition.  This film seems to have misplaced that ambition, but tried anyway, only strike out by the end.

Charlotte Bless:  I don’t think I’m gonna like living in a swamp. 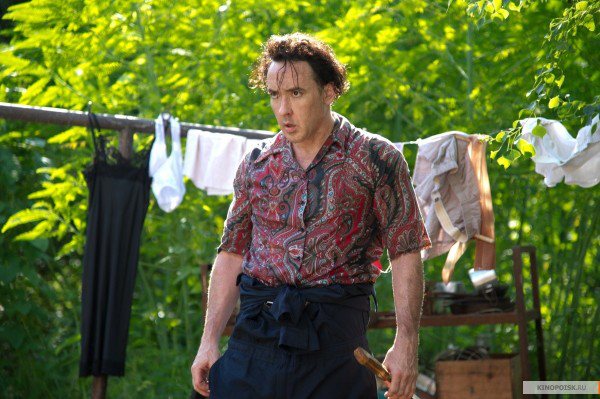