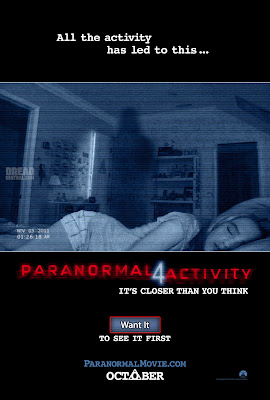 I can understand the ambivalence involved with caring about the fourth entry in a horror series, let alone one that has been churning out entries on a yearly basis.  Paranormal Activity has been chugging along and providing yearly follow-ups that have been surprisingly effective for me.  While the basic concept has not altered, I have admired the way these filmmakers have been able to find new tricks and creative ways to scare its audience.  True, the structure of the films is simple and follows a formula that is only made distinct by the setting and characters involved, but I have enjoyed these films both for the tension they are able to create and the mythology that has come from it.  This latest entry, unfortunately, does not so much raise the bar as it just sits in place.  It forwards the story along, but in terms of creativity, does not quite pull off something that feels as ambitious.  Still, for fans of the series and those who want a simple horror movie, Paranormal Activity 4 does provide that sort of fun experience audiences are expecting. 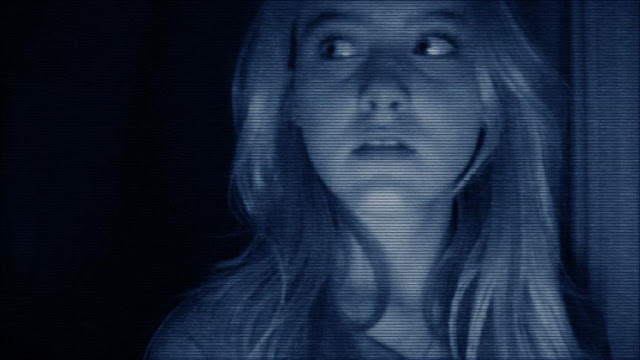 While the previous entry in the series was a prequel to the events in the first two films, Paranormal Activity 4 picks up a few years after the events of the first sequel, where we were left with a possessed Katie (Katie Featherston) murdering her sister Kristi and taking her infant son, Hunter, with her.  This time, the events are told through the eyes of a family that lives across the street where Katie and her “son” “Robbie” (Brady Allen) are living.

From this family, we follow Alex (Kathryn Newton), the teenage daughter who, with the help of her boyfriend Ben (Matt Shively), has decided to keep track her younger brother Wyatt, as he is spending a lot of time with Robbie, who is currently staying with the family, after his mother was taken to the hospital for mysterious reasons.  From there, we go through the familiar drill of witnessing weird events occurring within the framing of elaborate camera setups (this time it’s mainly webcams on laptops), mostly at night.  Several days go by, with one or two of the family members, along with the audience, becoming more and more aware of the creepy things occurring around the house, before all hell breaks loose at the end. 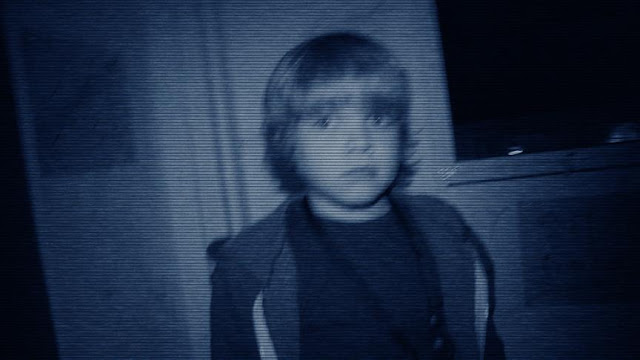 Initially, I found it intriguing to pick up in a more present setting, given the wonky time structure in the previous two sequels.  While I really enjoyed Paranormal Activity 3, one could argue that it held the narrative at a standstill, since the film jumped back in time in order to fill in backstory.  ‘Para4mal’ is able expand upon what was previously setup, even though it shifts main focus over to a neighboring family.  The downside of this is that, besides presumed knowledge based on what we already know about Katie, the plot is not only similar because we are in another Paranormal Activity movie, but because we are back to basics, dealing with a family that has not gone through what we have already gone through 3 times before.

For me, to really enjoy Paranormal Activity 4, aside from what the film attempts to accomplish with the narrative, I want to be able to get into the film based on how creative it is with providing its setup for how things will be filmed throughout.  The third film did something that I found to be incredibly clever, yet simple, which was mounting a camera on an oscillating fan, which led to wonderfully scarey moments.  ‘Para4mal’ does have some fun with the up-close nature of webcams and their users, along with utilizing the tracking dots of a Kinect to track strange movements, but nothing felt as ingenious this time around, which is unfortunate. 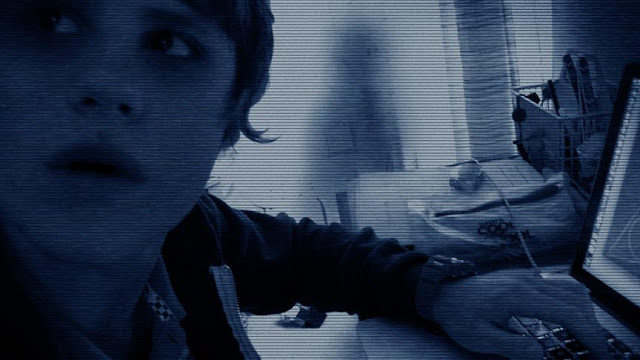 That being said, whether someone is scared or not by this movie, or at least tense during the parts that scream, “Hey, spooky stuff is happening!” is an area that I do think the movie is able to succeed at.  ‘Para4mal’ has plenty of jump scares based on sudden edits and movements that seem like a mix of sometimes lazy, but sometimes effective, as the viewer is at times looking for something to be wrong with a situation, only to give up, as the film lingers too long, only to be startled when it finally does deliver the payoff.  The same could be said for the other films as well, but I think there is perhaps a key reason why it was less effective this time around.

Diminishing returns is the thought one gets when thinking about the evolution of this series versus how effective it can continue to be with a fairly simplistic setup for a horror film that is repeated over and over.  We are now watching, for the fourth time, the same basic story of a ghost/demon that decides to take possession in some way, make weird things happen around the house for a few days, eventually say, “screw it,” and start the bloodshed, all while being conveniently caught on camera.  Some may have been fed up with this earlier in the series, while I am still willing to go along for the ride, but I do recognize that there was more of a lack of freshness this time around.  Directors Henry Joost and Ariel Schulman return for the second time here, but even they seem to be running out of ideas this time around, despite some interesting ideas. 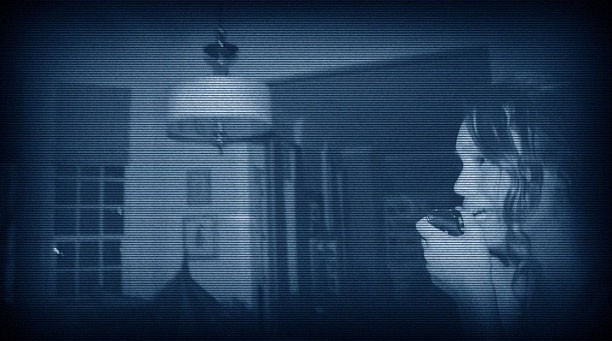 Really, the movie’s true ace in the hole should have been the expanded presence of Katie, who we already know to be possessed.  The character’s minimal appearance in this film does lend a sense of creepiness overall whenever she is around, but I feel like more could have been done in exploring what she has been up to since the events in Paranormal Activity 2.  That said, these are films that play their secrets extremely close to the vest, so the experience could be lessened by too much reveal, I guess, or maybe the next film will expand even more on questions I still have.  Given how this film ends, which could be setting up something crazy, depending on the follow through, I am really at a loss as to what to expect, but I am still intrigued.

Boiling it down to pure entertainment level, I do think this franchise still has life left in it and still has fun with presenting ways to scare its audience.  While I do not think Paranormal Activity 4 is as effective as its predecessors, the franchise has still found a way to be flexible enough to deliver and is not just outright boring.  There are moments to tension and anticipation that manage to get me excited and creeped out for what will happen next still, especially while in a crowded midnight audience.  That is really all the film wants to accomplish overall, so if you are a fan of the series, or the style of film this is, then you can probably find some enjoyment in being a bit frightened by this round of activity. 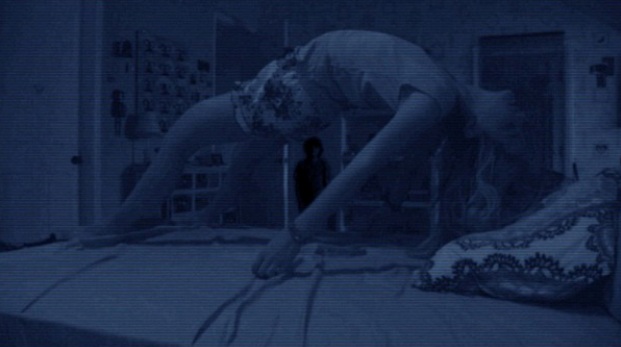