‘Ruby Sparks’ A Little Too Much 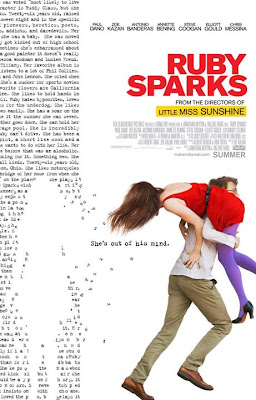 Calvin:  I can’t fall in love with a girl I write.

I guess I could have liked this film a little bit more were certain things handled differently.  Falling somewhere in between Stranger Than Fiction and Weird Science, Ruby Sparks is a comedy-drama with a dash of the fantastical that involves a writer literally creating a dream girl out of his own typewritten words.  The concept is fine, but various issues I had with the early portions of this film and its switch to more dramatic territory left me a little unsatisfied with it.  It is a shame, because the film finds decent balance with being too quirky and acceptably charming, especially given the majority of its cast.  Still, I was not quite taken with Calvin and his dream girl from Dayton, Ohio. 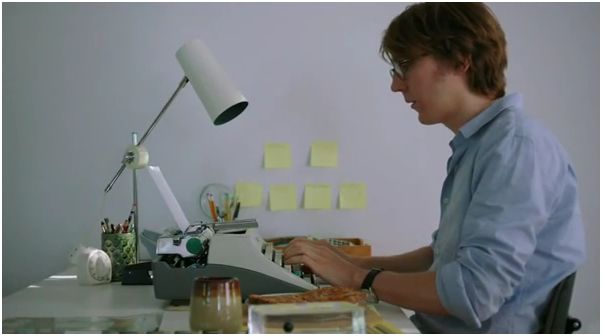 The film stars Paul Dano as a 29-year-old author, who wrote a very successful book 10 years ago, but has come up with nothing to follow it up ever since.  He is shy and moody, seeking advice and comfort from his therapist (Elliot Gould) and his brother (Chris Messina), but mainly living (quite comfortably, given his fancy LA home) in isolation.  Calvin’s life takes a turn when he has a dream of a girl he imagined, which prompts him to write about this girl, who he names Ruby Sparks (played by Zoe Kazan, who also wrote this film).  Calvin’s life takes an even bigger turn, as the girl he is writing about (whom he begins to fall in love with) becomes a living, breathing person.
Inexplicably, Ruby Sparks has entered into reality and functions in the exact ways that Calvin has written her.  Testing this out and proving this to his brother, the only other person who knows the truth about Ruby, Calvin figures out that anything he writes about Ruby in his typewriter shapes Ruby accordingly.  The rest of the film focuses on how Calvin handles this strange, new relationship and the various ways Ruby changes, whether it is due to Calvin’s writing or her own natural growth as a character. 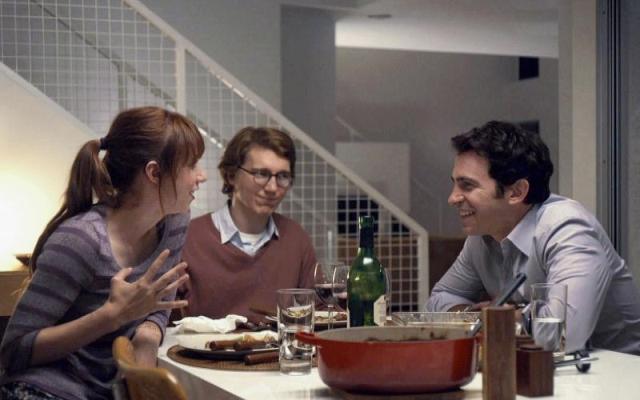 There is a good portion of this movie that I quite enjoyed.  It involves everything that Zoe Kazan is required to do, along with the supporting turns from Steve Coogan, Annette Bening, and Antonio Banderas.  Kazan in particular must go through a lot of different types or persons, depending on what is being established by her and I found her to be a very bright presence overall.  Equally, sequences that involve Bening and Banderas, for example, are fun, interesting, and insightful in regards to how the other characters interact and respond, based on the various idiosyncrasies that make them who they are.  Basically I was happy that these people felt like people and not a list of quirky details, which is admirable for a film that skirts that line so easily.  Given that Ruby Sparks is basically the ultimate version of a manic-pixie-dream girl, it is fair of the film to seem practically aware of that fact.
The first area I had issue with was the setup for the film, which takes a good while to get it going.  It does not help that I really haven’t been too keen on Paul Dano in general.  I think he has been capable at times, but he is not a favorite actor of mine and having him as the lead in this film didn’t really turn me around on him.  Calvin is purposefully written to be a certain way, but having to watch Dano play a character that is moody, depressed, and rather unlikable, given some of his actions, was not making it much a pleasure.  It is fortunate that the chemistry between him and Kazan worked (the two are dating in real life), which is why I wasn’t totally thrown off by the film overall. 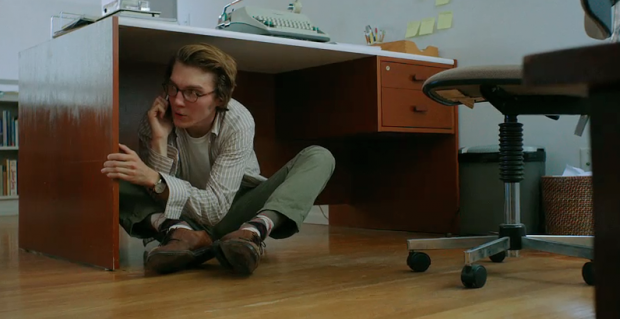 Again, this would not be so bad, given that I enjoyed a lot of the film, once it really got going; however, it is the shift to more serious territory by the end that felt a little flat overall for me.  Not a spoiler, really, but the film takes some inevitable steps that lead to a dramatic showdown that incorporates Calvin’s magical typewriter and while Kazan (and Dano, for that matter) handle the scene quite well, I think the way it is staged is a little much and the lead up to certain situations beforehand felt false to me.
My main interest in seeing this film came from the fact that it has been directed by Jonathan Dayton and Valerie Faris, who previously made Little Miss Sunshine, a film I adore.  It is unfortunate that I did not like this film more due to their involvement either, because I just could not get a grasp on feeling the same spark that I had previously seen from them in ‘Sunshine’ or even many of the music videos they have directed (lots of Smashing Pumpkins and Red Hot Chili Peppers, amongst others).  Instead, the film had areas that worked quite well, but others that seemed to cave into being as overly done as possible, given the camera work and the scoring of certain scenes. 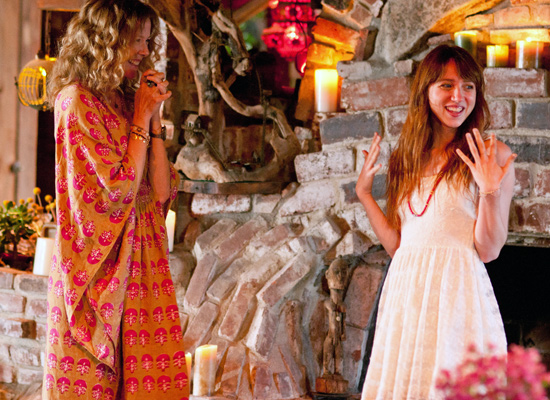 I would not go as far to say that Ruby Sparks is misguided; I would just say that the film did not speak to me, as I am sure it probably does for others.  There are certainly good things in it.  The premise is sound, even if I found the first act to be a bit of a chore to get through.  Zoe Kazan is charming in her role and provided a screenplay full of that charm and ideas.  And the supporting cast is quite solid all around, as well.  Dano did not quite do it for me, but there were too many little issues that kept nagging at me with the film in general to keep me from really embracing it overall.  Ruby Sparks may be the dream girl for some, but her spark did not quite light me up. 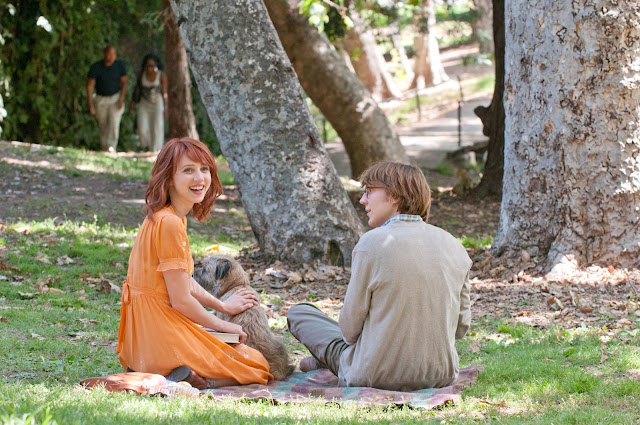