‘Safety Not Guaranteed’, But It’s Enjoyable 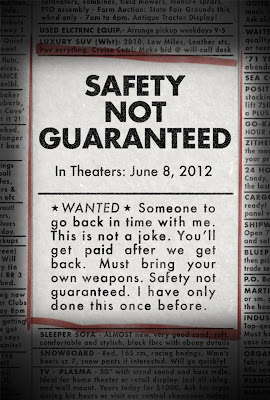 Darius:  I hope you worked harder on your calibrations.
Kenneth:  My calibrations are flippin’ pinpoint, okay.  You ever face certain death?
Darius:  If it was so certain, I wouldn’t be here, would I?

Earlier in the year I saw Sound of My Voice, which pushed the limits in terms of being a low budget film that had time travel as a plot device (ok, so Primer is one that may have it beat).  Safety Not Guaranteed is a comedy/drama that does not aspire to be an ambitious film about time travel, but it does provide a reason to consider your options if you were given the chance to go back to a certain time.  It also has a likable cast and a sort of relaxed charm that keeps you invested with the film, even if it tends to stray from its main goal from time to time.  The film has its share of laughs, as well as plenty of touching aspects between the oddball cast members for it to work as a quirky, but audience-friendly feature. Aubrey Plaza stars as Darius, a social misfit who lives at home with her widower father and interns at a Seattle magazine.  During a staff meeting, one of the writers, Jeff (Jake Johnson), proposes an idea to try and build a story based on some guy who put an ad in the paper requesting a partner to join him in going back in time on a mission, with the specific stipulation of “Safety not guaranteed.”  Darius expresses in this assignment, and together, along with another intern, Arnau (Karan Soni), the trio head to Ocean View, Washington.
Upon arriving, Darius and Arnau go and stake out the P.O. Box where any interested person’s acceptance letter would be sent, hoping to learn who the ad’s author is.  In the meantime, Jeff embarks on his own personal mission, which was the real reason for him coming out to Ocean View.  Eventually, Darius does manage to find the ad’s author.  He is Kenneth (Mark Duplass), who seems to be similarly disaffected in spirit, like Darius, but also paranoid and isolated.  Regardless, the two seem to work as a team and Kenneth begins to prepare Darius for their journey through time.  The rest of the film explores their relationship and the thought of getting a chance to correct something, as well as the experiences that Jeff has, trying to find a personal connection himself.

The casting was the biggest reason for getting me interested in this film in the first place and that paid off.  Aubrey Plaza does not exactly develop a persona that is all too different from who her character is on Parks and Recreation, but it is one that has more layers spelled out for us, given what we learn about her over the course of the film and why her dealing with the possibility of time travel is not just for the sake of publishing a good story.  It only helps that the way she deadpans lines and finds a sweet chemistry with Duplass’ Kenneth is quite humorous and helpful in keeping the film alive.  Plaza does make the film work on her own, but the film really is at its most interesting when she is with Duplass.
As Kenneth, Duplass is doing more than just play a regular sort of guy, as he has in various incarnations on screen and television over the past few years.  Duplass is one of the big players in the mumblecore film movement, which involves utilizing low budgets and acting as naturalistic as possible, but in Safety Not Guaranteed, he plays a very specific character.  Kenneth is seemingly troubled, with clear issues regarding whom he interacts with, but also seems like a smart person, with a sensitive side, hampered by his isolation.  While not my favorite performance of the film, compared to Plaza, he is certainly the most intriguing persona and got me involved enough to seriously make me ponder throughout the film whether or not I was in fact going to see him reveal an actual time machine. 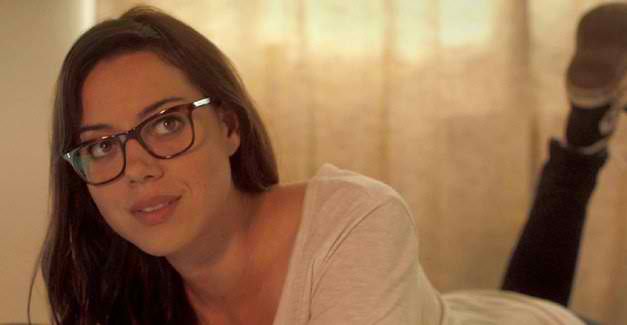 The film, for me, falters in once specific area, which is a shame, because I do like Jake Johnson in general.  His character, Jeff, is a sleaze.  That’s the easiest way to describe him, but we do find out there is more to Jeff.  Unfortunately, as we do learn more, it comes at a cost of maintaining my immediate interest.  I could see what the story was going for from a thematic sense, as we deal with Jeff’s subplot, but I was so much more interested in what was happening with Darius and Kenneth, that I did not really care much about Jeff’s story.  It did not help that it is a subplot that I did not think would go anywhere anyway, though it is not quite the fault of Johnson, so much as it feels like the script being padded out by taking a different angle on a similar theme of the main plot.
Something I did admire about the film as a whole was how, despite having a lot of characters who are essentially sad people, the film finds a way to bring out plenty of sweetness in its story.  There are a few key relationships that have a sort of touching aspect to how they play out and the film is very focused on not being mean-spirited, especially when considering how it treats Kenneth as a character.  I mentioned that the pace is sort of relaxed, but even as that comes as a detriment when focusing on the Jeff subplot, there is an enjoyable nature to the film as a whole, which eventually leads to seeing how optimistic director Colin Trevorrow and writer Derek Connolly are in the way they conclude the film.  Note: to assure you that I have not spoiled anything, the last sentence is not suggesting whether or not time travel takes place, but it does not necessarily matter either. 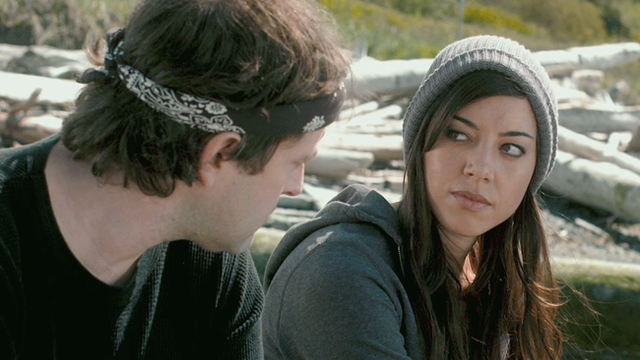 The best things I can say about Safety Not Guaranteed are that I found the film to be one that should please a lot of people who seek it out and it also feels as though I should give it another watch, as I enjoyed writing about it enough that it made me want to reconsider some of my thoughts.  The film is charming, features a solid cast, and has plenty of humor and heart.  There is the matter of sticking with characters that seem to be stuck in a state of melancholy, but I think the film works in the way it is pulling these characters out of it and wrapping them around a story that is endearing enough to work.

Kenneth:  You come to that launch site, you take my hand, and I’ll show you who can’t time travel. 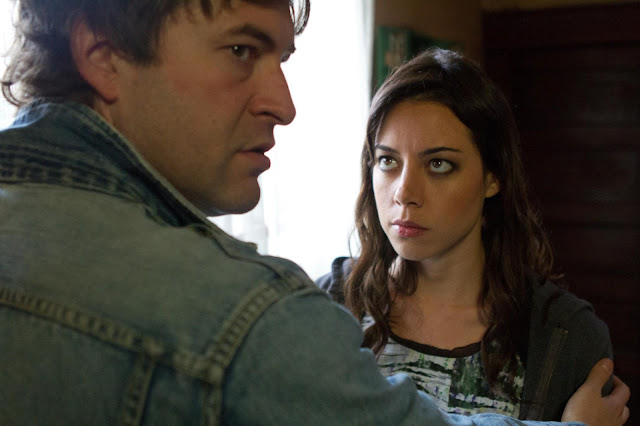 Aaron is a writer/reviewer for WhySoBlu.com.  Follow him on Twitter @AaronsPS3.
He also co-hosts a podcast, Out Now with Aaron and Abe, available via iTunes or at HHWLOD.com.
By Aaron Neuwirth
2012 Films Aubrey Plaza Comedy Drama Jake Johnson Mark Duplass Time Travel
Reactions: