You’re Generally ‘Safe’ In The Hands Of Statham 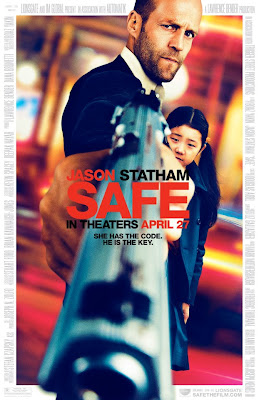 Modern action stars are rare to come by these days.  There are plenty of past action stars who occasionally star in action movies still and there are younger actors that have done a few action movies, but a true action star is not as big a commodity these days.  One of the few still consistently putting out work is Jason Statham.  It is unfortunate that Statham’s films continue to only pick up moderate success, as he has a cool, steely charisma and knows how to deliver a whoopin’, but at least the man is fairly consistent.  Safe delivers a fairly conventional action film experience, which is made better in spurts do to the early work done to really establish the characters, before settling into crazy action mode.  It helps that Statham adds some shades to his performance here, that distinguishes his character a bit more, this time around, but mainly, Safe delivers what fans would want in their standard Statham action film. 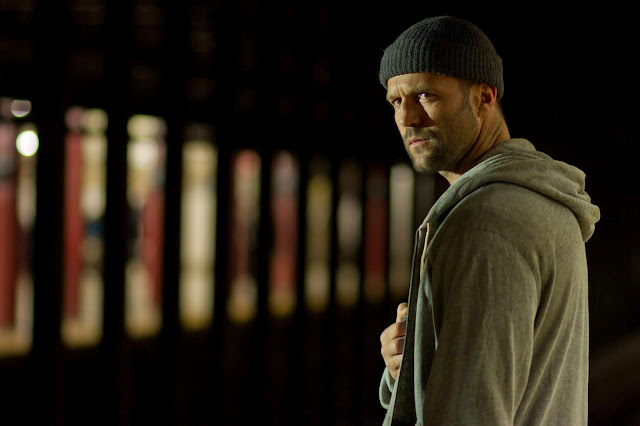 The Stath stars in this film as Luke Wright.  The film’s first act is cleverly layered and chaotic, so bear with some the description.  We first see Wright as a man down on his luck.  Jumping back a year, we see that Wright was an underground boxer who fails to go down in the second round of one particular fight, as instructed and the results are disastrous.  Wright has everything taken away from him by the Russian mob and is forced to live his life in solitude, if he doesn’t want anyone else he meets to get hurt.  We learn even more about who Wright is later on.
Concurrently, we learn the story of Mei (Catherine Chan), a Chinese girl, very gifted with numbers, who is abducted by Triads in order to memorize everything regarding accounts and profits from their various connections, in an effort to keep their organization electronics free and off the grid.  Getting past this setup up, things really take off when Mei learns a highly desired string of numbers, only to have her protectors attacked by the Russian Mafia.  Mei manages to escape both, but before she is captured again, a chance encounter with Wright has Mei suddenly under his protection, as the two try to make it through the city alive, despite the precious information in their possession. 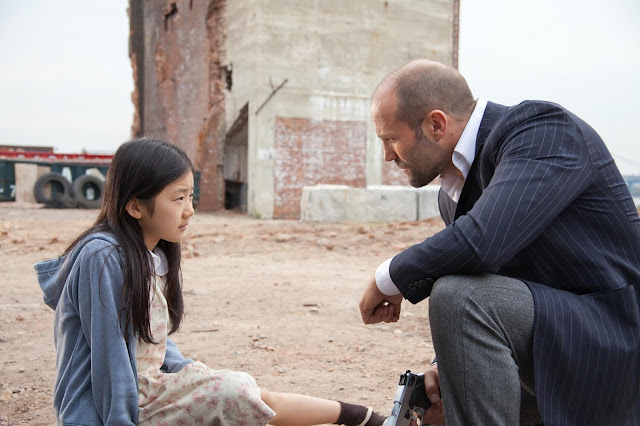 It is surprising how effective the first act is.  I really loved how the film is set up, effectively combining a kinetically achieved series of flashbacks with a hardboiled, noir-ish type of plotting.  The early goings of Safe play out a lot like an ambitious 70s action film as well as it does a 40s crime film, with an added does of ass kicking.  A lot of action films take their plots for granted, which is not a terrible thing (The Raid: Redemption is light on story, but still amazing), but Safe treats its story with a level of respect that is appreciated, even if the film does settle for plenty of clichéd dialogue in the process.  Writer/director Boaz Yakin clearly wants to do more than just have a reason for Jason Statham to beat up people and look cool, he wants to add some layers and have you root for the character based on more setup than just his natural charisma.
Statham really is quite solid in this role.  There is not a lot to distinguish the various characters that he has played throughout his action star career (though I could personally cover what distinguishes the attitude and fighting style of Chev Chelios in Crank versus Frank Martin in The Transporter), but Safe provides Statham with a role that is up to the level of The Bank Job in terms of layered characters you feel sorry for.  After the first twenty minutes of the film, you really have to hope Statham is going to be alright, because the film does a lot to provide some emotional depth for him, before deciding to let him unleash some rage and pound in some faces. 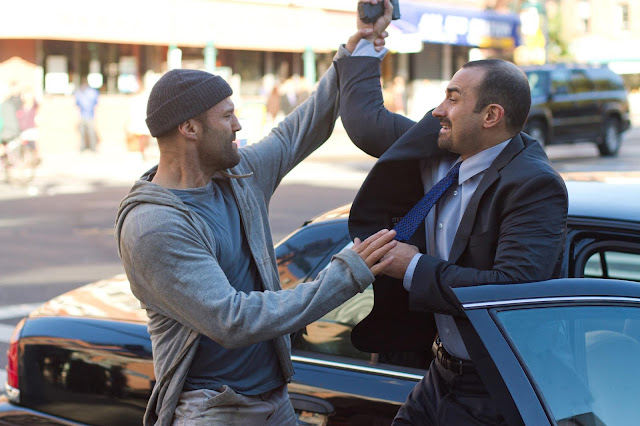 And speaking of pounding faces, once this movie does get into the action stuff, it is rare to let up.  Safe puts its R-rating to use by not delivering on too much blood, but making sure that when hits land and people get shot, they stay down.  Luke Wright has nothing to lose and is plenty angry, so watching him delivery beatings to those who are in need of them is pretty satisfying.  The action scenes themselves are somewhat stylized, a bit over-the-top, and at times too hectic (an early one is done so on purpose and it is effective), but, for the most part, there is a lot of entertainment value to be had with how some of these fights, car chases, and gun battles play out.  The use of New York locations also lent the film a sense of authenticity to better emphasize some of the craziness of the action in general.
I will say that while there is a bit of maturity in the Statham character, the film is pretty busy throughout and eventually comes to the point where I knew it was never going to quite ascend to peaks greater than standard action fare.  Frankly, the best portions of the film come pretty early on, with the later action in the film being sufficient enough (Statham kicking ass is satisfying in general), but nothing more than a fun way to see how things play out for the rest of the flick’s runtime.  I would also call into question the total number of dead bodies in the film, as there is a lot of death distributed throughout and not much time spent reflecting on that aspect. 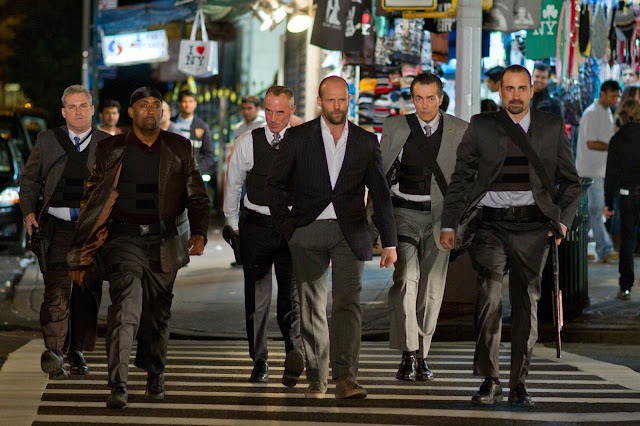 Safe is overall a fun time at the movies that front loads itself with a surprisingly strong setup, before letting all hell break loose.  Statham does more than just play it *ahem* safe this time around, but later manages to provide all the fisticuffs people want to see.  I guess I would be remiss to not mention James Hong somewhere in this review as well (check out his awesome filmography), so to close, I will just say that this 83-year old Asian American actor brings a sturdy and effective presence to a film that deserves it.  It has an overall average sort of quality, but it is aided by the hardboiled tone and willingness to layer its story.  And Statham rocks.

Mei: I've seen him fight.  Bad business for you. 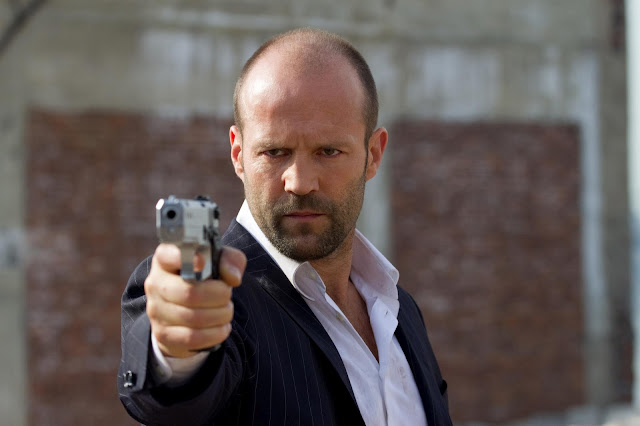