‘Pirates!’ Plunder A Plethora of Phun! 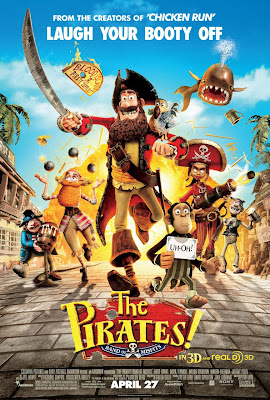 I will just start by not apologizing for my title, as I will easily sacrifice spelling for the sake of alliteration.  With that out of the way, I think it is wonderful to see a new stop-animation motion picture from Aardman Animations.  Being one who is a big fan of Wallace & Gromit, I was thrilled to be going back into a world of very specific character designs and some dry British humor.  ‘Pirates!’ did manage to deliver quite a bit in that regard, even if it was a bit different from what I was expecting.  Regardless, with plenty of jokes that range from subtle to off-kilter and an inherent level of sweetness that is always seen in Aardman Animations, The Pirates! A Band of Misfits is a fun take on a swashbuckling story and it has a great look to it. 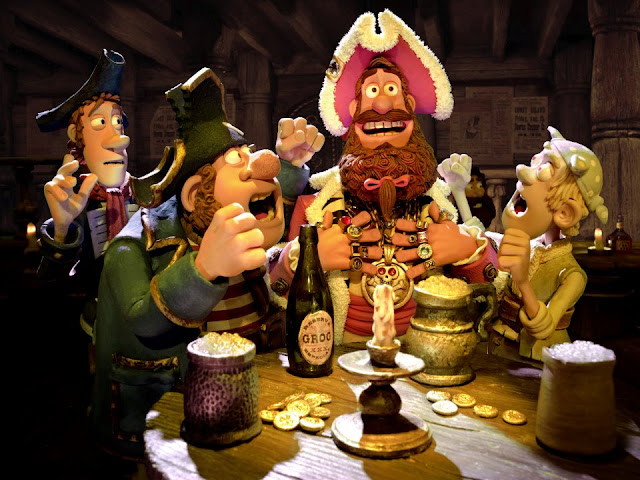 This is the story of Pirate Captain (Hugh Grant) and his quest to win the Pirate of the Year Award, which he has lost out on 20 years in a row.  Despite having his loyal crew stick by him, which includes Pirate with a Scarf (Martin Freeman), Pirate with Gout (Brendan Gleeson), Surprisingly Curvaceous Pirate (Ashley Jensen), and The Albino Pirate (Anton Yelchin), Pirate Captain is determined to really prove himself.  As he is constantly made fun of by the other pirates for his lack of booty and the small bounty on his head, Pirate Captain is willing to go to great lengths to finally succeed at being the real deal.
Pirate Captain soon gets his chance when he crosses paths with Charles Darwin (David Tennant), who informs Pirate Captain that his beloved parrot Polly is in fact a dodo bird (presumably the last).  Darwin tells Pirate Captain that Polly could easily win the grand prize at a science festival, were they to travel to London and present the bird to Queen Victoria, who is notorious for hating pirates (it’s on her family crest).  Given what Pirate Captain will need to do in order to succeed, he will have to decide if it is truly worth certain sacrifices to achieve glory, as opposed to respect from his crew. 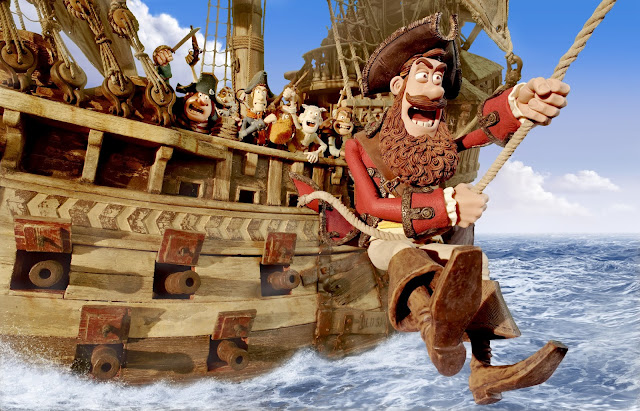 The film is based on the first two books in The Pirates! series by Gideon Dafoe, which I am not familiar with, but certainly believe must be a lot of fun as well.  Even the simple idea of not really naming characters, but instead identifying them by what is the visual about them that stands out is a lot of fun to me.  There is a lot of fun humor throughout this movie that does not really speak to a certain age, per se, but simply seems like a generally acceptable movie that works on many levels.  Some animated films work for everyone based on having jokes that are more for the kids and others that are for the adults, so what I am saying here is that the appeal seems practically universal, which is a neat way of seeing things.
The voice cast is pretty delightful, with Hugh Grant, in particular, doing great work in adding a layer of sweetness to a character who is so vain and self-deluded.  Other fun comes from the various cast members filling in as the supporting members of Pirate Captain’s crew, as well as David Tennant as Charles Darwin and Imelda Staunton as a raging version of Queen Victoria.  I am aware that a few actors were changed between this U.S. version and the U.K. version, but regardless, I can imagine I had the same level of fun with those involved. 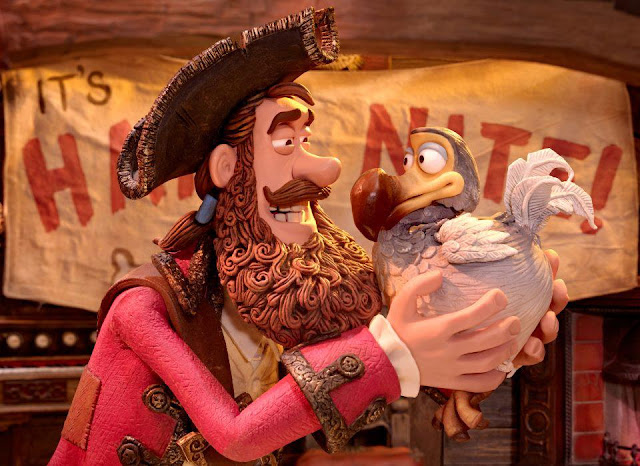 Animation-wise, this film is certainly a pretty stunning piece of work.  Delivering a stop-animation film that is set in a world of Pirates, with all of the ships, various locations, and water involved, I am happy to see what I presume was a huge undertaking become so fully realized.  I am a big admirer of stop-animation filmmaking and I have always been enamored with the Aardman Animation-style of characters, so I was quite pleased with the ambition shown in putting together this film.
I think what stops me from having enjoyed this film just as much as something like Wallace & Gromit in the Curse of the Were-Rabbit is how the humor is distributed.  There is something about the rapid fire one-liners that feels off in comparison to the drier, calm wit that comes from some of the previous Aardman work that may be just as zany, but less busy with action.  It is in the smaller moments of humor in Pirates! that the movie shines the best, so I would have to say, even with the larger scope, the simplicity remains a key way for these types of films to work best. 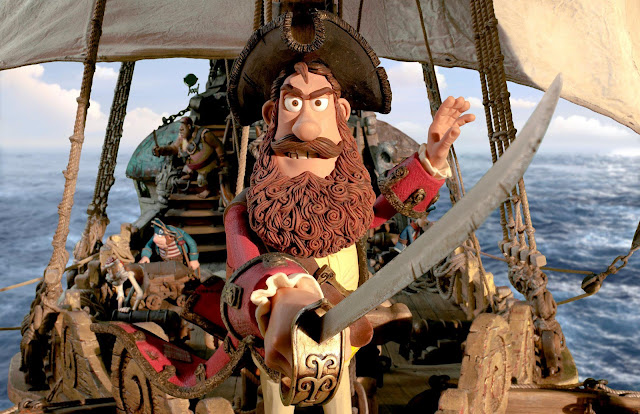 That aspect aside, it is hard to think anyone would come out of this film at the very least a little enthusiastic.  There is a lot to admire in how it has been put together, but more importantly, it is a breezy slice of swashbuckling entertainment, which relies on a solid voice cast and a lot of visual gags to develop some fun and witty comedic moments for its entire 88 minute runtime.  Given that many will have to wait until June for Pixar’s Brave to provide another acceptable and well-crafted film for all audiences, I am certainly happy with the charming nature of The Pirates! A Band of Misfits. 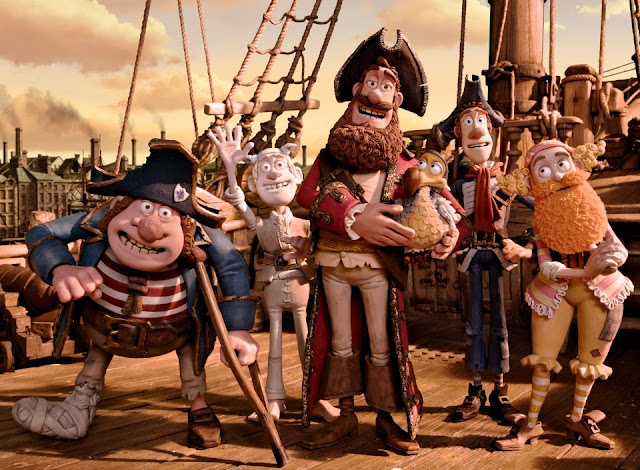