‘Comic-Con’ Gets Its Own Lighthearted Documentary 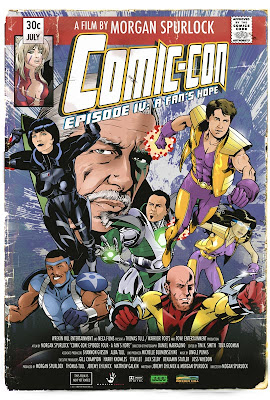 Comic-Con Episode IV: A Fan’s Hope: 3 out of 5
I believe San Diego Comic-Con has gained enough relevance in the cultural zeitgeist where people are at least aware of its existence, regardless if they truly know what it is or what it used to be.  In the documentary Comic-Con Episode IV: A Fan’s Hope, Morgan Spurlock attempts to pull back the curtain on what Comic-Con used to be about, what it is about now, and what it means to the various people that attend.  At least one of these themes is best explored, but at least it is the area of the film that provides the most stakes cinematically.  As a whole and as a person who has been attending Comic-Con, I think this documentary skirts past some of the more interesting and important aspects of the convention; however, I think the overall tone of the doc is lighthearted enough to certainly make it enjoyable overall. 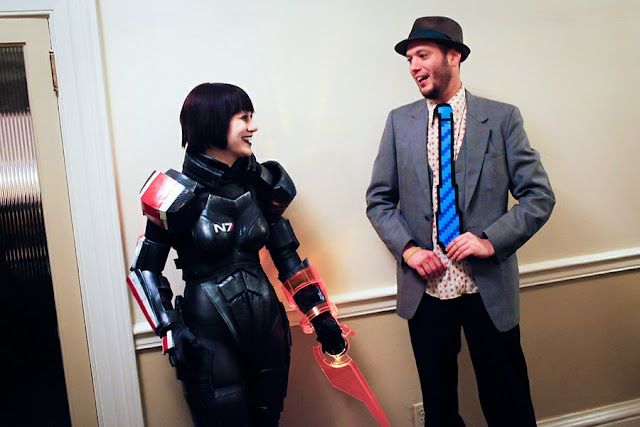 For those completely unaware, San Diego Comic-Con is a yearly event that used to be about comic book enthusiasts gathering for a convention, in which they could trade/sell/talk comic books with one another and perhaps get to meet famous or more renowned artists/writers.  This event has since grown into the pop culture event of the summer that is influenced by nearly all forms of entertainment and is attended by over 140,000 people (who range from wearing a Batman T-Shirt to dressing up in full Storm Trooper costumes).  We get to see some of the history of Comic-Con in the film and are also treated to various one-on-one interview segments, featuring people that range from regular attendees who like to dress up, to known comic book authors/artists (Robert Kirkman, Frank Miller, Todd McFarlane), and to actors/filmmakers (Edgar Wright, Kevin Smith, Seth Green).
The real core of the film revolves around several individuals who have various arcs over the course of this film, chronicling their 2010 Comic-Con experience.  There is Eric, an aspiring illustrator, hoping to impress publishers and land a job.  Holly is a costume and creature designer, with hopes that the work she and her team did on a Mass Effect 2 presentation will win big at the annual Comic-Con Masquerade Contest.  Chuck is a long-time comic book dealer, hoping to pull off a big sale, in order to pay off some debts.  We also have Skip, an amateur illustrator hoping to make his big break at this year’s event.  Then there is Alec Calderon, an avid Marvel comic and toy collector, desperately hoping to obtain a Comic-Con exclusive Galactus figure.  And lastly, James, a young Comic-Con fan, who hopes to surprise his girlfriend with a proposal during a popular event in Hall H, in front of over 6,000 people. 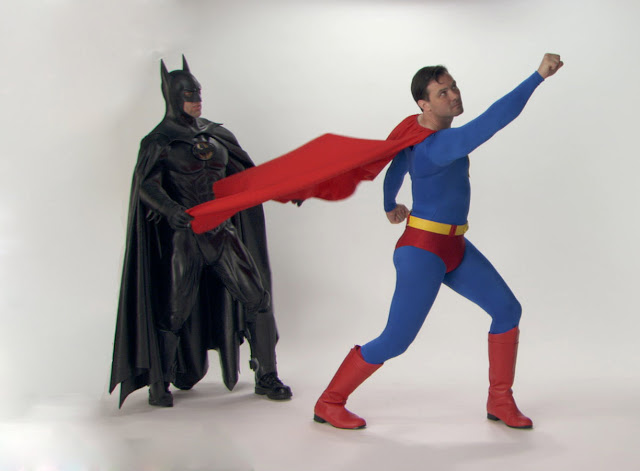 Noticeably, Morgan Spurlock stays completely behind the camera for this documentary.  He directed the film and co-wrote it with Jeremy Chilnick (which I assume means editing together the main aspects of the story and adding the various filler information).  The film is also notably produced by Stan Lee, Joss Whedon, and Aint It Cool News’ Harry Knowles.  I add all this, because it seems quite apparent that everyone involved with the film certainly has a passion for an event like Comic-Con, let alone geek culture in general.  Listening to the various interview segments, it is very apparent that a lot of passion is trying to be captured in the words of so many different types of people, all essentially uniting to enjoy the same basic thing.  Watching both someone dressed as Batman and someone who has written/published stories of Batman talk about what Comic-Con means to them is interesting and worthwhile.
At the same time, this passion is matched by a lot of the humorous candor from a lot of the people involved in the interviews.  It could have been very easy to simply have the film make fun of an event like this and the people who dress up in “silly” costumes.  Sure, there are some easy moments, where the camera lingers a bit on some situations that call attention to themselves visually, but a lot of this is made up for by what is spoken of in the interviews.  Namely in the case of naturally funny showbiz people like Kevin Smith (there is plenty of him here), Seth Rogen Joss Whedon, Paul Sheer, and more. 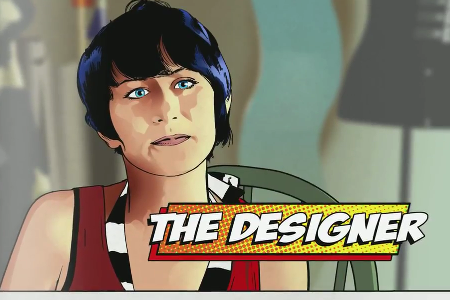 To speak more about the key attendees we check in with throughout the film, it is a strength of ‘Comic-Con Episode IV’ that the people we are following have somewhat compelling stories.  In a strictly humorous sense, James was maybe the most fun (bordering on irritating), due to the process involved in escaping his girlfriend long enough to prepare the elaborate surprise for her (and Kevin Smith plays a surprisingly large part in this as well).  I believe the most significant stories revolved around Holly, Eric, and Skip.  For Holly, seeing her bring a passion to life, designing elaborate Mass Effect 2 costumes, and preparing to present them; this was the most engaged I was in any particular story and was excited to learn what has come as a result.  For Eric and Skip, it was interesting to see how their aspirations turned out, after presenting their work to real professionals.  Whether or not either of them succeeds in their goals, I’ll lead to the viewer, but while I found Skip to be a bit arrogant and naïve, I was genuinely concerned for how Eric’s story would turn out, given his status as a husband, father, and former military man, hoping to succeed with his true passion.
Where I think the film falters is in the way it examines Comic-Con.  As I have stated, I attend Comic-Con and have an understanding of what it is.  This documentary only manages to do an okay job of really explaining what it is versus what it used to be.  By that, I refer to how it has evolved from being focused on the world of comic books and graphic novels into being completely focused on everything pop culture being presented at a big event, as studios use the event as a way to provide elaborate marketing campaigns to the attendees, shoving the comic book aspect largely into the background.  This is an area that is touched on in the film, but I wish it was delved into more.  Given the nature of the film, the overall tone, and the way it has been edited to focus on some key stories, I can understand why this isn’t as large a focus, but I still think there were missed opportunities in better tackling this subject matter. 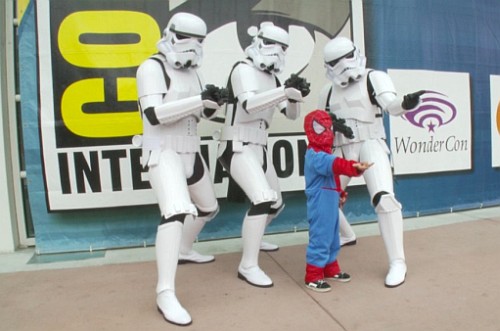 As it stands, Comic-Con Episode IV: A Fan’s Hope is a good enough documentary to entertain people who have both attended Comic-Con and those who have only heard about it.  While the film has managed to assemble several satisfying arcs for various people portrayed throughout the film, I still wish the film was more substantial in terms of really delving into Comic-Con.  Truly analyzing more of what Comic-Con was and is would have easily made this a more informative feature.  I do recognize the lighthearted nature of the film, so it is hard to fault it for that reason, but I still think I was able to see through a lot of the slick editing and comedic moments to see that the film does come up a bit lacking.  Regardless, this is a documentary that doesn’t make fun of its subjects and is much more inclined to have fun with them, while exploring one of the biggest pop culture events of the year.  Excelsior! 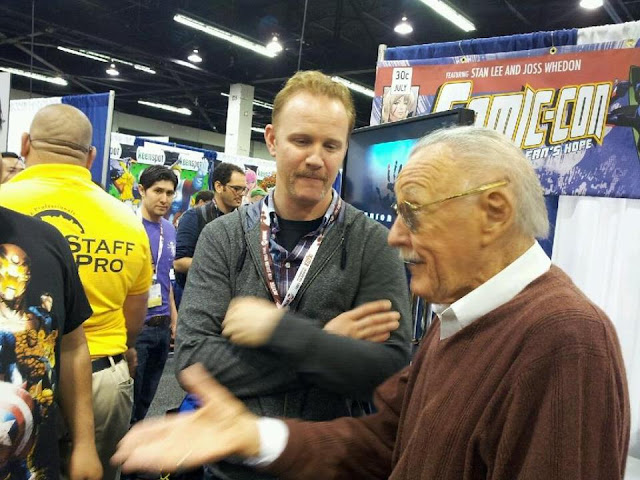