As soon as the marketing for The Cabin in the Woods finally started to kick into gear for this long-delayed release (MGM went bankrupt and the flick was left in limbo), I went on media blackout for it.  Having heard for so long that the movie is quite good and clever (which it is), but also works much better if one goes in completely fresh, I avoided all trailers (not an easy task) and saw the movie with no knowledge of what it was, beyond some of the cast and crew that was involved and understanding that it takes place in the woods, within a cabin.  Now I am tasked with describing why this film is worth your time, while also needing to hold back from revealing any of the surprises.  And that is what I intend to do, so from this point on, while The Cabin in the Woods is certainly a great ride to jump on, I will refrain from any true spoilers. 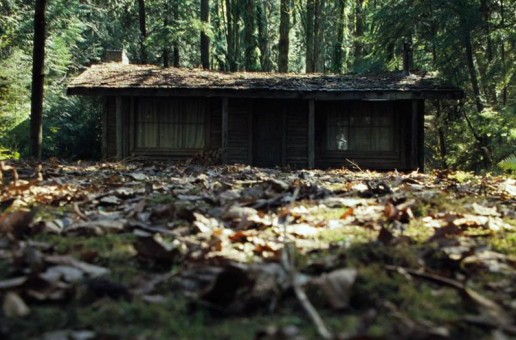 Skipping past the opening of the film, which already could potentially spoil something about the film, the flick really begins with a very familiar premise for a horror film – a group of college kids taking a weekend trip to an old cabin in the woods, thanks to someone’s random, older family member.  This group includes the bookish Dana (Kristen Connolly), the jockish Curt (Chris Hemsworth), the effervescent Jules (Anna Hutchison), the genuinely nice Holden (Jesse Williams), and the stoner Marty (Fran Kranz).  Despite encountering some warnings, the group makes it to the cabin in the woods.  From there, standard horror plotting applies in regards to trying to survive the night, but some added twists definitely make this a unique situation for all involved.
The Cabin in the Woods was developed by Joss Whedon (Producter/Co-Writer) and Drew Goddard (Director/Co-Writer), who wanted to make a horror film that plays around with a lot of horror conventions by both making fun of some aspects of the genre, while also deconstructing and riffing off of it in many ways.  Even if the movie did not have some of the early indications that things are not quite as they seem, the film is plotted out and plays almost too straightforward in the early goings to be a pure, on-the-level story of kids going to the woods to have fun and be murdered by some sort of supernatural force later in the night.  This sort of story has been done in a lot of other horror films before (Evil Dead immediately comes to mind), but there is a definite level of freshness that comes from the likable cast and the insane twists in the story, which I will not reveal here. 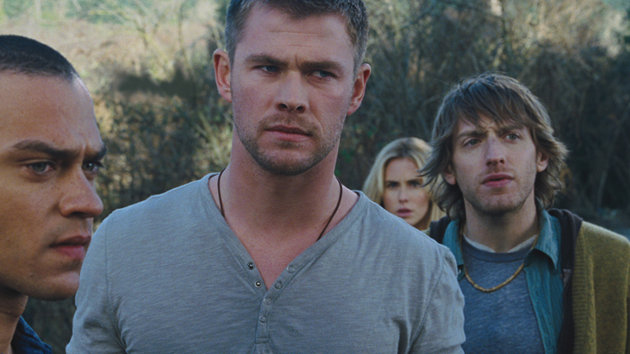 I can certainly talk about the tone.  The film exists in a place where fun can easily be had.  The Cabin in the Woods is as much a horror film as it is a comment on horror films, and it is a lot of fun to watch in both regards.  The characters in this film straddle a line that matches up with the standard caricatures of the kind of people that would end up in this situation, while also having a lot of individual elements that make these people unique and fun to watch.  Given that horror movies often have dumb characters doing even dumber things, I was glad to see a cast of characters who were likable and fun to be around; along with fairly smart in how they handle situations.  There is a grain of salt to take with that last bit regarding “fairly smart”, as this film has characters existing in a world where these kinds of movie do not exist, but that said, the way certain situations are approached makes for a movie that is a lot more fun than seeing unlikable characters make the worst possible decisions.
Given the nature of the twists and turns that this film has, it certainly has the DNA of something completely fitting of Joss Whedon and Drew Goddard.  Both are huge horror film geeks and their involvement in other largely geek-oriented properties (Buffy, Angel, Firefly, Lost) is clearly reflected here as well.  This film is not necessarily packed with various other references to other horror films, but one who is familiar with many similar horror films can easily understand how homage is being paid in many instances.  With the way The Cabin in the Woods plays out, it pulls off the kind of success that involves acknowledging all of what makes these kinds of films work and not work, while also becoming a successful entry into the genre.  The added twist is how the film does not just enter into one singular genre, as the large elements I have avoided talking about bring the film onto a whole new level, with the various additions to cast and tone making this film far deeper when considering its broadness. 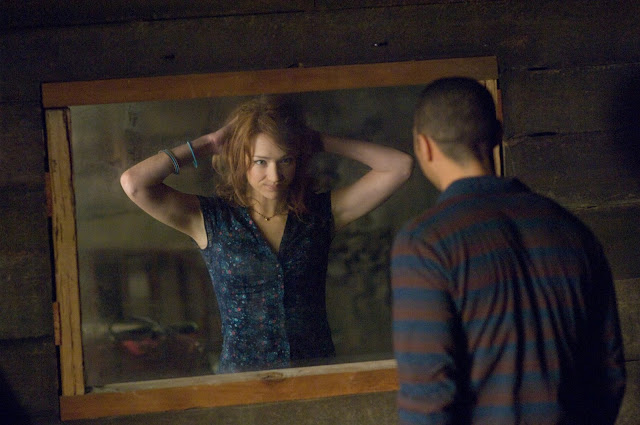 I should also point out that the film is quite funny and bloody.  The ways these various characters comment on the situations that they arrive in are quite humorous in many instances.  Some of the jokes play out exactly as they should, given the kind of horror movie that is ostensibly being represented on screen.  However, the added help comes from how the extra layer that this movie has brings on a whole other level of comedy, which does the job of being funny on one level and subversive on another.  The added bonus is how even after seeing the film and understanding various aspects of the story, there is a definite replay value that will surely turn this film into a future cult classic.  And at the same time, the various ways we see horror elements factor in and watch as the body count starts to rise, it is a mix of some standard horror kills with a lot more creativity and much bloodier moments as the film goes on.  Again, the horror aficionados will have plenty to chew on with this film.
Explaining any flaws this film has can be just as aggravating as it has been writing a spoiler-free review, but fortunately this is an area I do not have much to expand upon.  The Cabin in the Woods is such a delight to watch (in a very R-rated horror film kind of way), so various moments where the joke doesn’t carry quite as much weight as it could or areas where the impact is not quite as strong as it should have felt did not really hinder my admiration for the film overall.  Once I caught a good enough idea of what this film was, I can say that some of the surprises were less surprising, but it did not take much away from how I reacted regardless.  I can imagine some of these vague descriptions must have been insufferable thus far, but given my lack of being able to clearly explain why I loved this film and only found some minor quibbles, I just hope that the amount of intrigue and enthusiasm I have expressed is enough have people go out and see this film, especially horror fans. 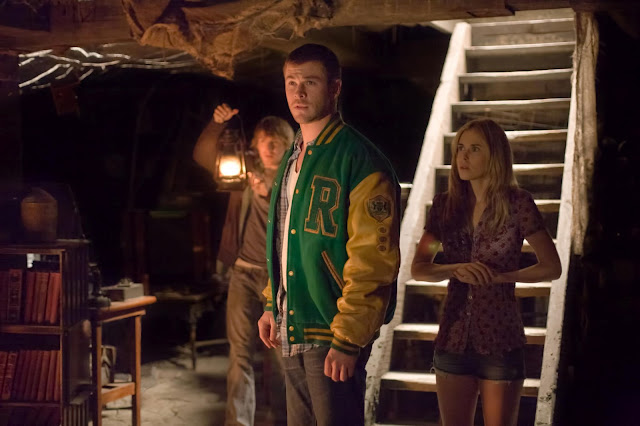 Given that I still cannot easily explain what goes on in this film, recommending it comes down to letting people know that sheer admiration for horror films that have a clever and imaginative edge to them is what makes this film so worthwhile.  I mentioned briefly that the film was delayed for quite a long time, which is quite the shame, as it is well worth seeing.  Fortunately, the film is in no way the product of reshoots or anything of that nature, it was just an unfortunate casualty of business.  The great thing is that everyone can now finally go and see this film.  People that want to have fun with a smart, funny, and witty horror film will easily be satisfied with what The Cabin in the Woods has to offer.  And regardless of whether or not one has watched the trailers of this film beforehand, it certainly has everything it needs to stand as a fresh and fun take on an old story, with plenty of other surprises in store.  It is a crafty piece of work that was well worth having its secret discovered.

Marty:  Something weird is going on… 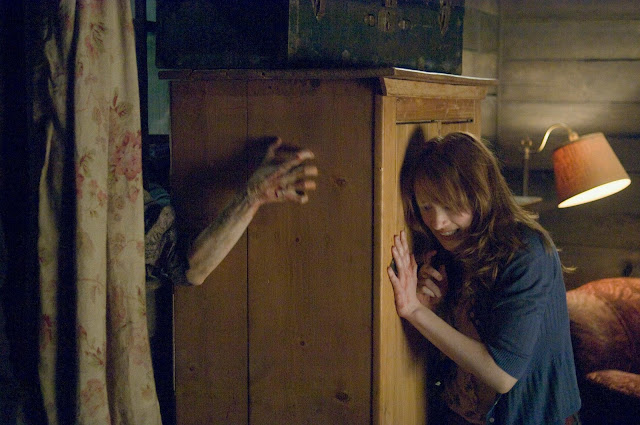