Bravely Accept The ‘Sound Of My Voice’ 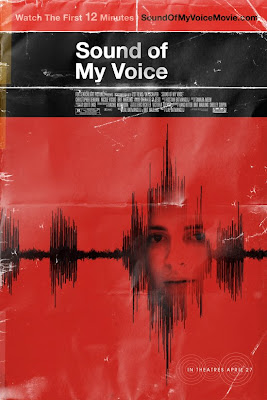 Peter:  Somewhere in the valley, there is a woman living in a basement.  She’s amassing followers; people believing that she will lead them to salvation or whatever.

Last year I gave lots of praise to the quietly chilling Martha Marcy May Marlene and the sci-fi, existential drama Another Earth.  Sound of My Voice functions like a film that has the sensibilities of both and will fit in well for those who at least found intrigue in either of the aforementioned films.  The film is an example of low budget filmmaking succeeding in presenting a story that contains science fiction elements without the use of any special effects and getting the best out of limited production values and a small group of talented actors.  The story is certainly one that can draw the viewer in as well.  Despite wishing for a little more and finding the ending fairly abrupt, I can still say that I took away a lot of appreciation for what came from this interesting and somewhat challenging film. 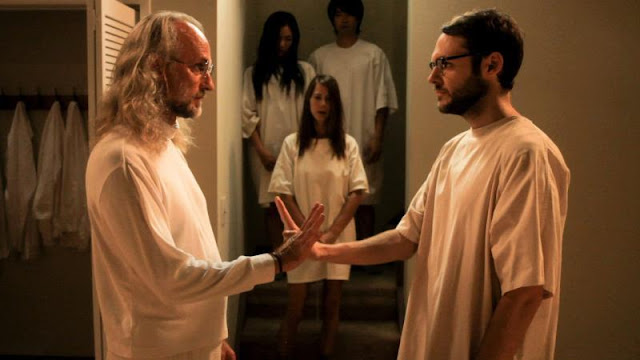 The film follows a couple, Peter and Lorna (Christopher Denham and Nicole Vicius), who have managed to work their way into the inner sanctum of a cult, led by a mysterious, mystic-like woman, Maggie (Brit Marling).  The other members of the cult are not aware that Peter and Lorna are actually amateur documentarians, looking to expose the cult to the public.  What Peter and Lorna learn, upon their initial arrival into the heart of the cult (which was preceded by a lengthy process of showering, being driven while blindfolded, and lastly – a very elaborate handshake), is that Maggie claims to be from the future.  What follows is the struggle for Peter and Lorna to maintain their covers within the cult, while getting deeper involvement.  While the overall goal continues to be a mystery, the challenge of separating true intentions from going along and drinking the Kool-Aid becomes a challenge.
Sound of My Voice premiered at Sundance last year, along with Another Earth.  Brit Marling starred and co-wrote both and each film managed to get picked up by Fox Searchlight.  While Another Earth was given a lot of acclaim last year (it was also in my Top 10), Sound of My Voice is opening this year and has been touted with a more strategic viral campaign to get the word out.  I like what I have seen, with a key part being focused on releasing the first 12 minutes of the film online.  That’s a pretty solid way to sell the film, because if an audience is not drawn in by how the introduction to the film plays out, I doubt it will really be for them, were they to see it in its entirety.  Given the mysterious nature of Marling’s Maggie, I was easily drawn into this story, but continued to be engaged based on how Marling elaborates on who this character is and coming up with ways to have me decipher whether I should be in belief of who she is or not.  Marling has a soft presence on screen, which is to this film’s benefit in playing Maggie, especially when it is time to see her emotions shift.  Also welcome were the other actors appearing in the film. 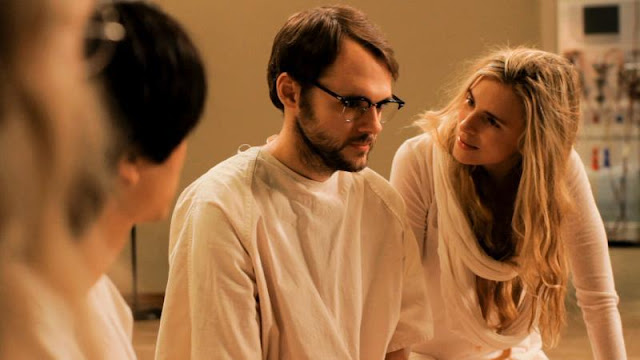 Maggie:  What are you hiding from me Peter?

In particular, I found Christopher Denham to be particularly strong in what is essentially the lead role of this film, as the skeptic.  The information regarding his motives to get inside this cult were an interesting way to turn this story, but upon learning more about his character and understanding a certain emotional connection to his reasons for being involved further helped.  The added layers to this story regarding this character, along with some of the other instances of shading to the few members of this cast were a nice way to develop aspects of the film, without delving into too much needless exposition, though I would not have been averse to a bit more texturing for some elements.
As mentioned, Marling co-wrote this film with director Zal Batmanglij.  As far as debut theatrical features go, I certainly found a lot of assuredness in the direction.  While I wish the film was a bit less hushed, Sound of My Voice does do a good job at taking an appropriate amount of time, without feeling too slow-paced.  Given that the film was handled with practically a guerilla-filmmaking-like approach, I was happy to see this low budget film register well as far as realism seems concerned.  There were very few moments that registered as slightly false, as I admired the actors involved and was fine with the deliberateness of the pace of the film.  Given that one of the best assets of this film is how it toys with what is being shown, matched by character reactions, I was quite pleased with how well a lot of the pivotal scenes played out in terms of the performances and filmmaking involved. 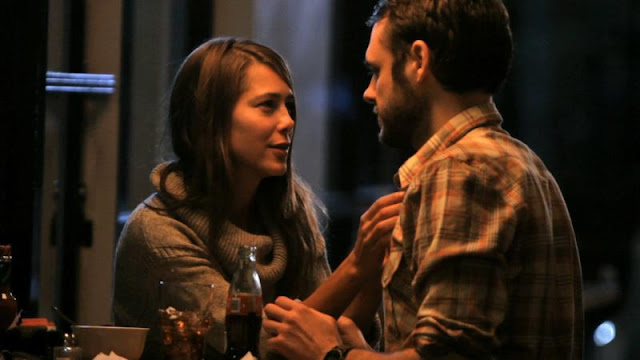 I do think the film has some issues with balancing great scenes up against some that are merely decent, as the dialogue approached low levels of awkwardness.  That said, there are very few of those moments.  A bigger issue is how well the film pays off certain aspects of its story.  While I was not expecting a ton of facts to be laid out for me by the end of the film, I do feel like a lot was set up, but not enough was really explored to further prod the enthralling aspects of what is going on.  Additionally, I do think the ending is abrupt.  Given the nature of how the film progressed throughout its running time, the way it arrives at its climax, and then decides to simply end so soon after left me wanting a bit more, mainly so I could better process how the closure of the story fit for me.  Though, knowing of early rumblings of future installments of this story in some manner, I guess I’ll be able to learn more in some way.
Despite minor quibbles, I found a lot to admire in Sound of My Voice.  I think Brit Marling has proved herself to be quite capable, both as a story teller and as an actress.  The intrigue created by how this film sets itself up and how we learn about the mysterious Maggie character made for quite the interesting experience.  The way the story evolves is also quite interesting, with a number of standout scenes that really delve into some neat layers of the film.  While I wish a bit more was done to expand on what I was seeing, there is still plenty to recommend here for those seeking an offbeat, independent drama.

Maggie:  We are survivors beyond your wildest imagination. 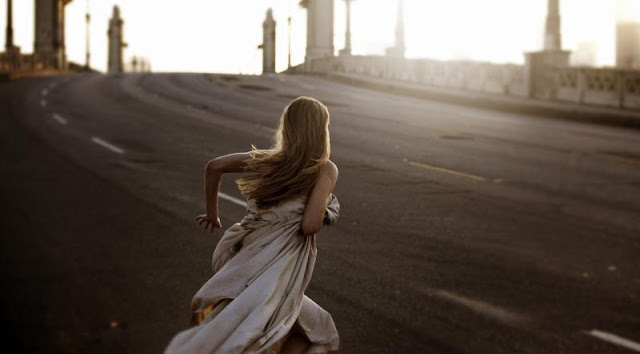