‘Silent House’ Is One Long Shot Of Suspense 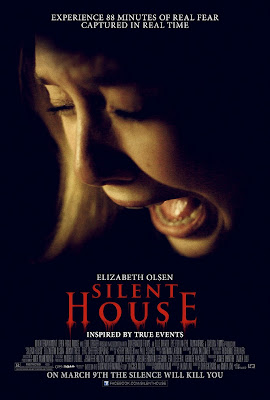 Sarah:  Dad, I just thought I heard something upstairs…

There were two films that hit at the 2011 Sundance Film Festival, which featured rising star Elizabeth Olsen.  One was the tense, but quiet thriller, Martha Marcy May Marlene, and the other is a remake of the Uruguayan, Spanish-language horror film, La Casa Muda, known as Silent House.  What makes the original and this remake unique is that both films were designed to portray one continuous shot throughout its entire running time.  Quite the feat to achieve, for sure, and whether or not the films have actually been done in one entire take or not, whatever edits there could be are certainly very few and far between, which is a stunning technical achievement in itself.  Additionally, the film gets points for being a suspenseful experience and once showing once again that Elizabeth Olsen is a young force to be reckoned with.  It is a neat take two for an experimental type of film, regardless of similar narrative problems. 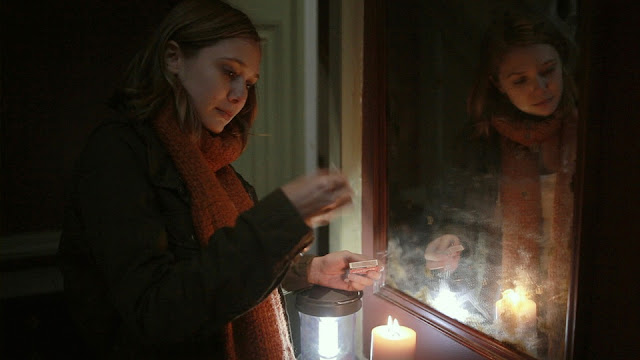 The film has very little in the way of story, so very light spoilers aside, there will not be much to say in terms of providing a token amount of plot.  Olsen stars as Sarah, a young girl who is currently working with her father, John (Adam Trese) and Uncle Peter (Eric Sheffer Stevens), to clean up and move out all their belongings from her family’s lakeside retreat.  As the sun starts to set and Sarah finds herself on her own in the house, she begins to hear extremely loud and incredibly strange noises from all over.  Soon, Sarah is desperately trying to hide from mysterious forces that are seemingly out to terrorize her.  As the marketing suggests, these events are depicted in real time and based on true events.
When a certain type of successful horror film catches on, it becomes a mix of interesting and irritating to watch as the film industry attempts to replicate that film’s success by either creating multiple sequels or other films that use a similar gimmick.  This obviously applies to the success of ‘found footage’ and ‘torture porn’-type films, but I would also be curious if Silent House were to lead to a slew of films shot in a single take.  Regardless of how good the films are, I would at least admire the idea of young filmmakers coming up with incredibly clever ways to make films that are ingeniously constructed to resemble one continuous shot.  This could backfire in some way on me as well, but for now, I welcome the idea. 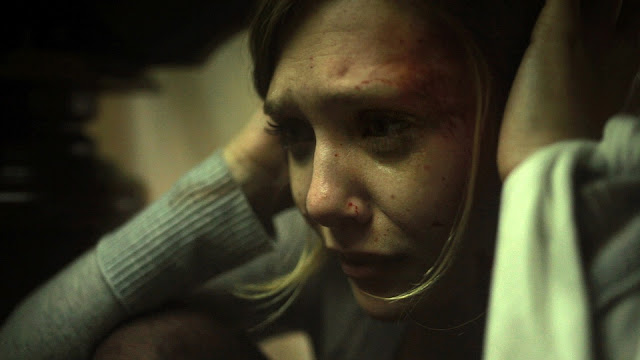 Getting back to Silent House, I had a good time with this film for the most part, in spite of its problems.  It has a simplistic setup and does not take long to get into the suspenseful atmosphere created throughout the majority of the film.  There are some issues I have with how this film concludes (which I’ll get to), but the film is at its best when it pits Sarah against the house.  There is a level of geography applied that makes one both familiar with how the house is setup, while also adding new layers to it, as we explore more of the different floors and rooms of the house.  Due to this, when certain reveals are made about ominous figures lurking around the house or when various reveals of new complications that keep Sarah within the house are made, there is a successful level of creepiness and tension that manages to stick with you.  Given that the majority of this film is something that has been seen before (scary home invasion film), it really does help that the quality of the production is up to par.
The real issue I have with this film is something that the original version, La Casa Muda, had a problem with as well.  Without spoiling anything, when the film gets to ‘the why’ of it all, I think there is an issue in trying to properly get across what exactly is going on.  Given that this film is done in one take and has no room for flashbacks or any other form of standard cinematic tactic, the trickiness that is employed feels a bit underdeveloped.  When certain reveals are made, I felt more concerned with, “why now?” rather than feeling intrigued by what has just taken place.  While it isn’t a matter of wishing there was more exposition, I still think that the suspense and build-up created throughout the majority of the film was stronger than how the finale played out. 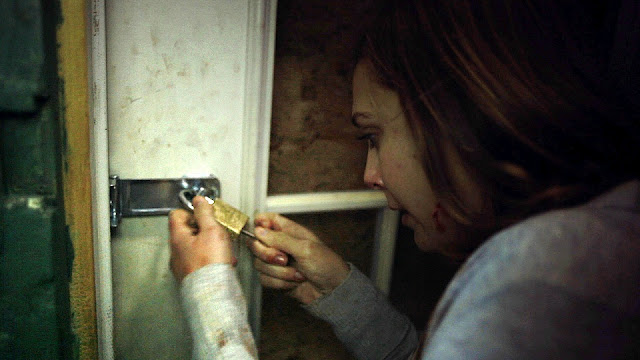 The best thing this film manages to play off of is the strength of Olsen’s performance as Sarah.  Given that she is playing the very familiar role of a young women being terrorized in an empty house, by an invisible threat that only shows up just when the film wants the audience to become startled, Olsen does a lot without over acting.  Her expressive face helps guide us along with the character, with one particular scene where Sarah must hide her scream and not make a sound serving as a perfect way to keep us right with this character.  Given that the film is a giant tracking shot following her, watching her be able to maintain a consistent level of terror made the film continually engaging, even as the finale somewhat whimpers out from the thrills that had come before.
Were this to be a regular horror film that was not focused on being a technical achievement, there really would not be much to recommend.  As Silent House stands, it is a film that very much uses a gimmick of sorts to its benefit.  While the plotting does not entirely succeed at being entirely well executed, it is a fun experiment to observe, while also being mindful of the tension and foreboding atmosphere that comes with it.

Sarah:  Daddy, what have they done to you… 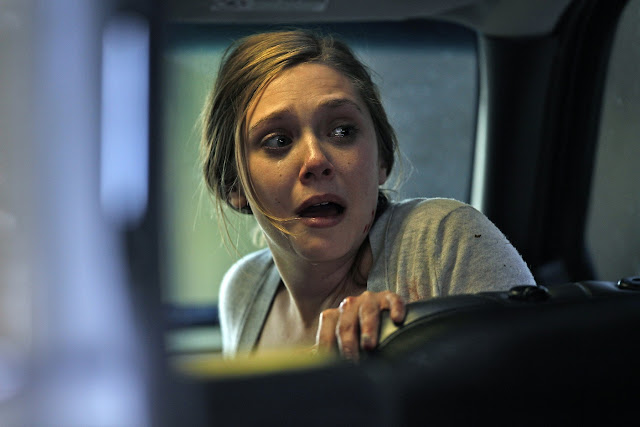