Set Yourself Free For A Laugh With ‘Wanderlust’ 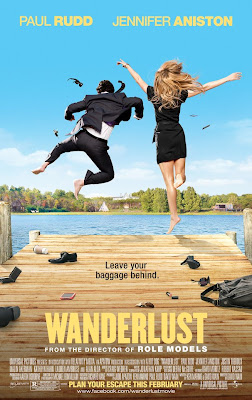 Wayne Davidson: My name's Wayne by the way. I'm a nudist.
George: Oh yes, we noticed your penis earlier.

I do like it when I laugh a lot during a comedy.  The funny thing about this film is that I did laugh a lot during it, yet it is hard for me to say that I really loved it.  I liked it for sure, it has Paul Rudd being incredibly charming, smarmy, and just plain silly, along with a very talented supporting cast; all with moments to shine.  The film is also just plain bizarre at times, fitting in having little moments that I can appreciate based on my own tastes.  Still, even as a smile remained on my face, the structure of this film has its faults, not feeling like a seamless experience, as it reaches its inevitable plot beats.  Were the premise to be strong enough to go somewhere more interesting, this film could have relied on more than just humorous moments from its cast, but as it stands, it does provide enough humorous moments from the cast, which is just fine. 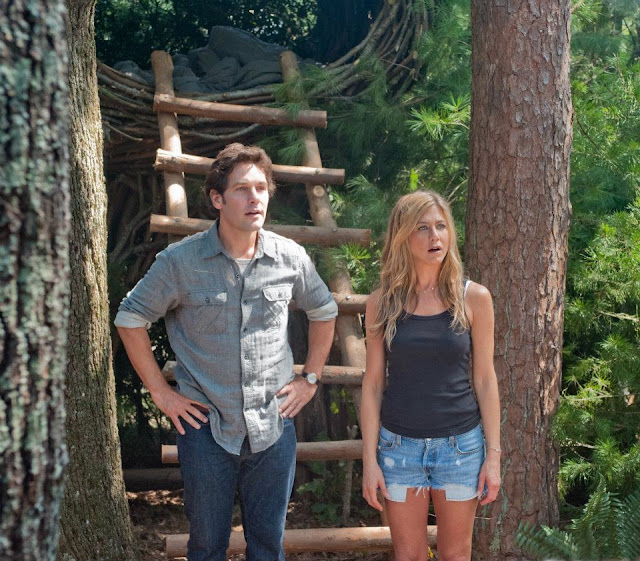 Paul Rudd and Jennifer Aniston star as George and Linda.  They are essentially wannabe New York yuppies who are forced to leave the city, after sudden unemployment keeps them from maintaining ownership on their newly purchased micro-loft (studio apartment).  As George and Linda head down to live with George’s brother Rick (Ken Marino, who also co-wrote the script) and his family, the two stop off at what they think is a bed & breakfast inn.  It turns out that this inn is actually a free-spirited commune known as Elysium.
Among the residents at Elysium, there is Alan Alda as the founder of the naturist village with a penchant for remembering and stating each name of the other, deceased founders.  Malin Akerman is Eva, who seems to relate to George and Linda and is both incredibly nice to look at and open to the idea of free love.  There is also the always reliable Joe Lo Truglio as a nudist wine-maker, working on his novel (yes, all of those things).  Jordan Peele is the incredibly laid back Rodney, married to the incredibly pregnant Almond, played by Lauren Ambrose.  And finally, Justin Theroux is the wonderfully charismatic and intense Seth, a pseudo leader of the group, proud to not be weighed down by societal norms, including the enticing nature of the Nintendo Power Glove. 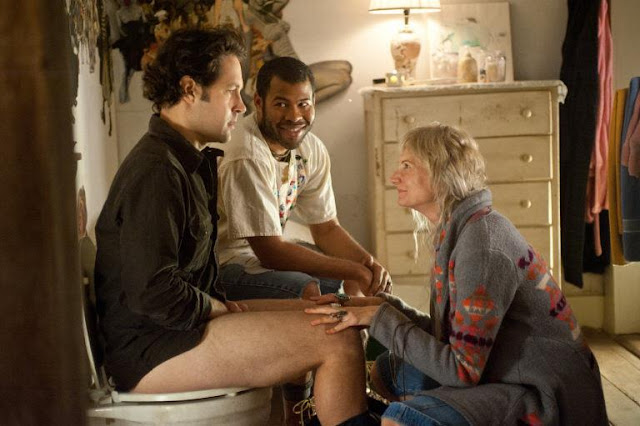 Despite having a great experience, George and Linda only spend a night at Elysium, before moving on to see what lives down with their brother-in-law will be like, but given his incredibly dickish behavior (that whole family could have a short film spin-off), George and Linda decide that they would be much better off back at Elysium.  This would involve giving up the necessities of normal life in favor of a much more hippie-ish lifestyle, but they are geared to try it out.  From there we learn who between the two of them is truly more comfortable with this alternative way of life.
This film is the product of David Wain, who directed and co-wrote the film.  Wain previously gave audiences the cult hit Wet Hot American Summer, the flawed but not without its charm The Ten, and the generally well received (and one of my favorite recent comedies) Role Models.  Wain is also a former member of the comedy group known as The State from back in the early 90s (and many members of The State appear in Wanderlust, which is very welcome).  There is definitely a certain kind of style associated with Wain and the gang’s humor (based around non-sequitur quips and goofiness), which is best represented in their more independent projects, was dialed down a bit in Role Models, but seems to be more present with Wanderlust. 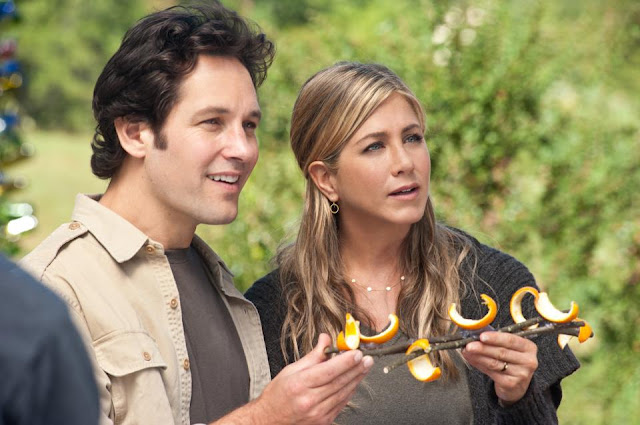 It is due to this style of humor that the film feels very loose with the flow of the story, which is why it is problematic when plot beats enter into the mix.  Creating conflict via land deeds and a character’s move into villain territory feels more perfunctory than natural and dealing with Linda and George’s relationship is a bit of a yawn.  It should be noted that Judd Apatow is credited as a producer for Wanderlust and the type of sentiment seen in films from under his wing is present here as well.  Wanderlust is thankfully not too overstuffed like some Apatow films tend to feel, but I can imagine there was a ton of material cut from this film.
Getting back to the true joy involved in this film, it is all of the different characters that make Wanderlust a giggle-fest for the most part.  With all of these supporting characters, even if the film needed to feel a bit too much like extended skits from time to time, there is a lot of good material going around.  It was nice to see Alan Alda getting in on the fun here.  Paul Rudd is a natural in this type of comedic environment.  I continue to have reservations regarding Aniston in most films, but she has enough people to play off of, which had me not focusing on her that much (incidentally, this film brings Alda, Rudd, and Aniston together again, after previously co-starring in The Object of My Affection).  While there almost no weak links here (Jordan Peele and Kerri Kenney-Silver may have given me some of the biggest laugh-out-loud moments), the true hilarious standout seemed to be Justin Theroux, who has continued to pop up in small roles in many different films and is constantly hilarious, yet not a bigger star.  His ultra-naturalist person as Seth is completely wacky and welcome to this film’s tone. 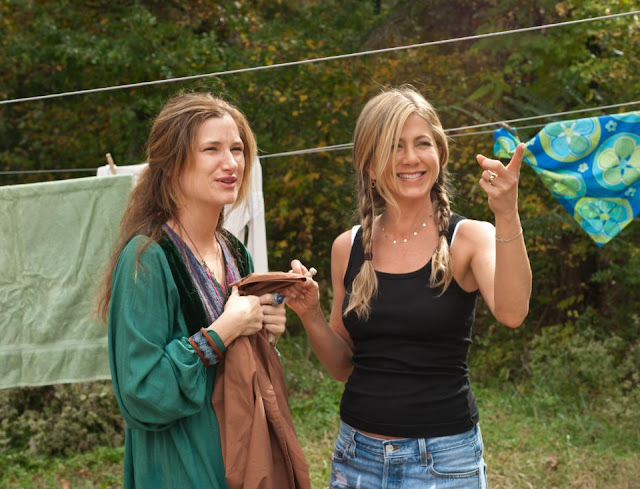 Once again, rating a film like this can be tough, as humor is such a subjective thing.  I got enough out of it and see it fitting it well with David Wain’s previous film projects.  Were people to be familiar with the other films mentioned or like the goofy, comedic Paul Rudd persona, then they should get enough out of this film to enjoy themselves.  There is a somewhat laboriousness to having specific plot turns to keep this film to the standard three-act structure, without branching out to anywhere more interesting, but the film is paced breezily enough that it is not a huge issue.  Between this and Martha Marcy May Marlene, I am certainly pleased with having diametrically opposed crazy commune films to have enjoyed.

Eva: Ohh George. I like you.
George: I like you too Eva.
Eva: We should make love sometime... 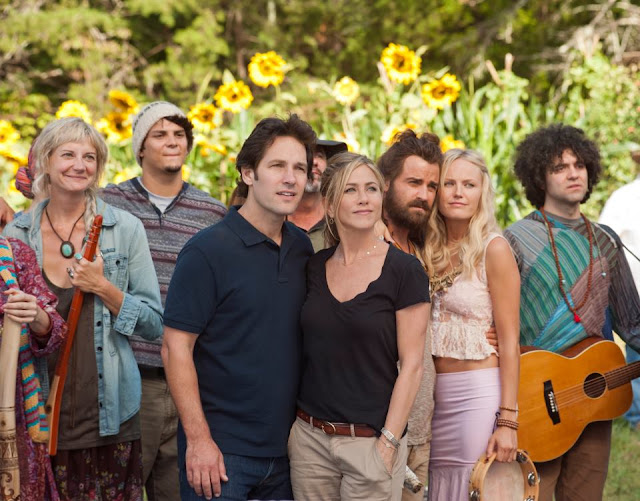