A Double Shot Of The Punisher 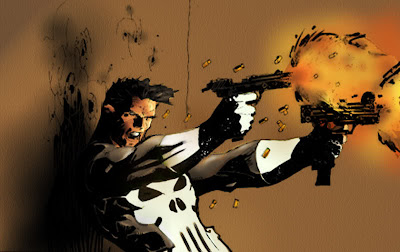 So after watching Ghost Rider: Spirit of Vengeance, I figured I would revisit Punisher: War Zone, as I was very much reminded of that film.  Having done that, I've decided to put up my original review of that film, which is a little bit more crudely written, as many of my early reviews are.  As a bonus, I've also put up in my review for the 2004 Punisher staring Tom Jane as well.

Punisher: War Zone: 3 out of 5, but it's almost too looney to apply a rating to 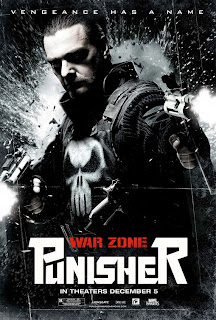 Preacher: May God be with you.
Punisher: Sometimes I'd like to get my hands on God.

Before I get more into this review, I have to be clear: this is a ridiculous movie. Its a combination of a lot of things that make this movie both really bad, but also very engaging and hilarious in very intentional and unintentional ways.

This is now the third try at a Punisher movie. It is a very easy concept to put to screen (and has been done many times, in various forms). A former navy seal's family was murdered, causing him to become a ruthless vigilante, punishing all who are guilty of criminal acts.  Lots of bullets fly.

This time we have Ray Stevenson, of HBO's Rome, placed in the shoes of Frank Castle - The Punisher. While I still enjoyed Tom Jane more as Castle, last time around, Stevenson certainly does a credible job and is probably the closest yet in matching up to the comic version of the character.  I quite enjoyed his physicality along with the simplicity in presenting why he is the way he is via a quick flashback.

The movie is set a few years after Frank has started his tirade against criminals. He has eliminated many, many, many people in the world of crime and aims to do more. However, early on, Frank accidentally kills an undercover fed, which messes with his mind, greatly distresses the family of the fed, and leads to problems with another mob boss.

This mob boss is Billy Russoti, played by Dominic West of The Wire. Frank does some "punishing" on him, but rather than killing him, he leaves him horribly disfigured.  Billy, enraged by this, is scraped back together by a plastic surgeon and takes the name of Jigsaw.  He calls out a war against the Punisher. To aid him, Jigsaw breaks his brother, Looney Bin Jim or LBJ (my new favorite villain name and abbreviation), out of a mental institution to help him. 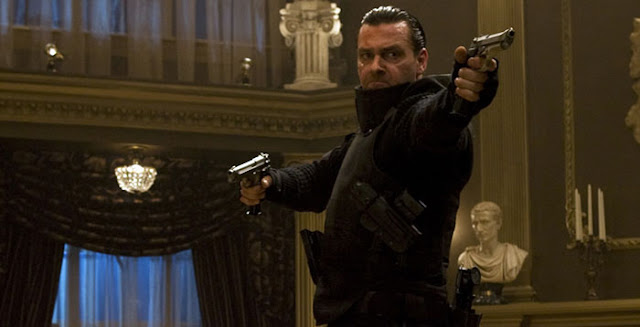 You also have a number of supporting characters, including Wayne Knight as Micro (The Punisher's "Q") and Detective Soap (Dash Mihok), who "helps" Frank now and then.  The characters are fairly unnecessary to the storym but I guess they have been involved simply to show that the writers are aware of the Punisher comics.

Now for the stuff that matters: Punishment. There is plenty of it here. It's been an odd fall for action movies. Max Payne had no action. Transporter 3 didn't have enough action. Quantum of Solace had too much action. This movie has plenty of action handled in a horror movie type of way. The kills are more over the top than the last couple of Saw movies combined. Heads are taken off in multiple ways.  The Punisher uses an assortment of weapons including knives and RPGs. CGI gunshots and shotgun blasts aplenty. There is even a little cannibalism thrown into the mix.

Of course these are all various reasons that the movie is pretty entertaining, but it is also due to the hokey dialog and weird tone of the film. The Punisher is in a downer world that involves him sulking around in his Subway lair when he's not killing. The villains, meanwhile, are in some weird dark comedy zone that completely counteracts the dark tone of the Punisher, opting for a zany-Nicholson-Joker vibe. Its very strange.  The color palette employed by director Lexi Alexander certainly suggests that she was striving hard for a true comic book movie, and for the most part, she succeeds.
This movie does manage to be very entertaining for what it is. Whether it be the ridiculous action or the unintentional humor littered throughout, I did not have a bad time watching this film. 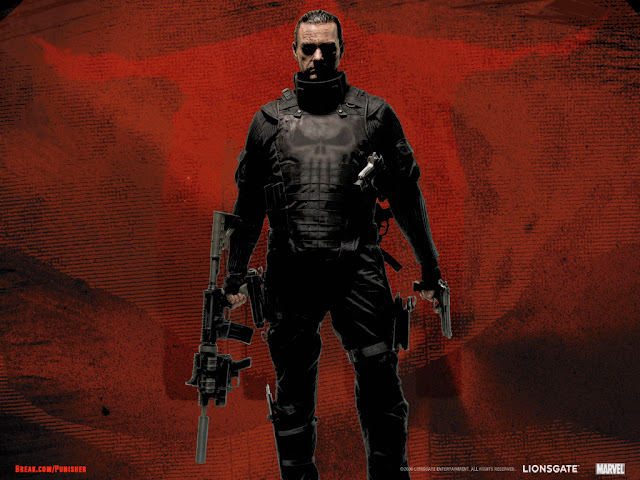 Punisher: Those who do evil to others - the killers, the rapists, psychos, sadists - you will come to know me well. Frank Castle is dead. Call me The Punisher.

I like that this movie is developing as a cult comic book movie, because I enjoy watching it. It makes the right choice in sticking to it's dark tone for the most part and being R-rated, this is the Punisher, there are no super powers to help wrap bad guys up in a web and take them to the police, no, the Punisher kills people and he does so by using all of the weapons at his disposal.

Tom Jane stars as Frank Castle, a former FBI agent, who has served his time in the field and decides to retire. However, in his last job, Frank gets a guy killed who turns out to have been the son of a local mob boss, Howard Saint (John Travolta).  The result is a massacre, where Saint orders a job on Castle's entire family during his own party.  Everyone is killed, including Frank's wife and son.  Castle somehow survives, only to go on to settle the score.

The supporting cast includes Roy Schieder as Frank's father, Will Patton, Rebecca Romijin, and Ben Foster, who provide what they can to the film.  Tom Jane is key as the lead though.  He does exactly what he needs to for this movie. He is tall, dark, and brooding. He tosses all of his lines as if he was writing a long suicide note. 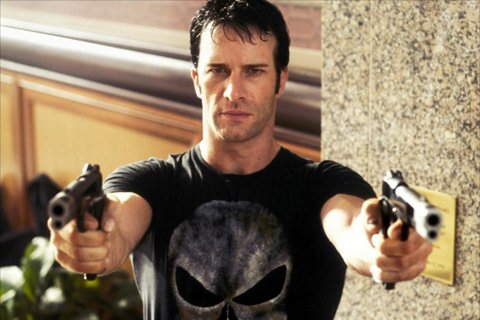 Frank Castle: It's been five months since my family was killed. I don't see ONE man in jail.
Police Chief Morris: Obviously you're upset...
Frank Castle: Upset? Is that the word? I used to get upset. When I got a flat tire, when a plane was delayed. I used to get *upset* when the Yankees won the series. So if that's what upset means, what am I feeling now? If you know the word, tell me because I don't.

John Travolta is alright as the lead villain, but doesn't really embrace the campiness that this film could have used more of.  The fun from this film really comes from all the other action taking place, which is done with almost all practical effects.  Given that the film clearly had a low budget to work with, I was happy with a lot of the creativity at play.  Interestingly enough, this movie, Kill Bill Vol. 2 and Man on Fire all came out around the same time, and they all contain some elaborate death scenes and the revenge theme running throughout the story.  The Punisher has the least style of the three, but it at least works as a fun distraction.  It's been made mostly as a 70s action movie, which works for the type of hero that The Punisher is.

Overall, you have decent action film, made a bit better by the presence of Tom Jane in the lead. 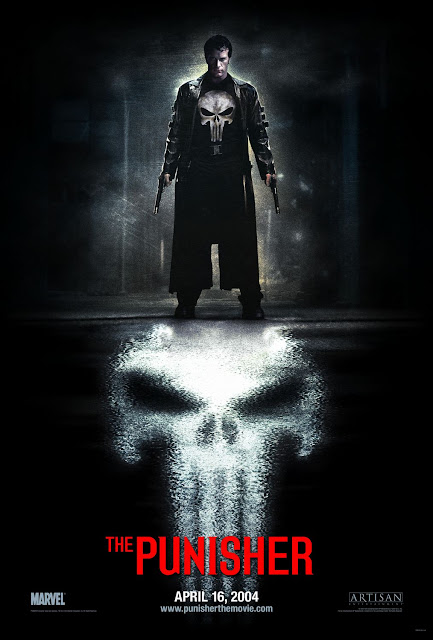