‘Man On A Ledge’ Jumps To Ridiculous Conclusions 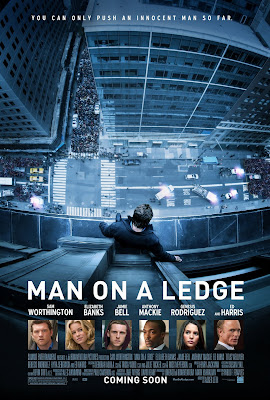 There is a great film out there that seems to be about one thing, but is actually a lot more like another thing entirely.  It involves a man who must place himself in a precariously high position on a building, with a plan to accomplish a certain task.  Despite having this task in mind however, the film actually plays out by having more in common with a heist movie.  The film I am referring to is Man on Wire, the Oscar-winning documentary about a man who performed a high-wire walk across the Twin Towers in New York during the 70s.  Man on a Ledge is similarly about a man perching himself outside of a building, with a heist-like situation occurring at the same time, but is also vastly inferior.  There is certainly some enjoyment to be had, but not enough to look over the incredible amount of suspension of disbelief involved in taking the central scheme and plotting of this film seriously, let alone recommend the film. 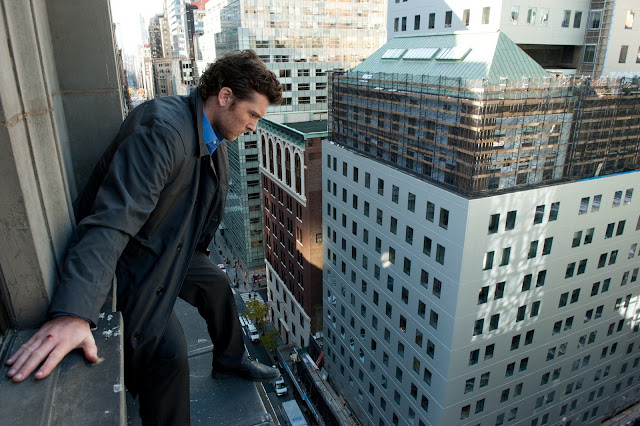 How do you get back at someone who set you up?  In the case of Nick Cassidy (Sam Worthington), an ex-cop, who was framed by the nefarious David Englander (Ed Harris) for stealing his $40 million diamond and is now serving a long prison sentence, the plan is simple.  Nick must (obviously) form an ingenious plan that involves him escaping prison, finding the hotel room that faces Englander’s building from across the street, climb onto the ledge of the building, and threaten suicide in an effort to prove his innocence.  That is, of course, just phase 1.  Phase 2 involves Nick’s brother Joey (Jamie Bell) and his spicy hot girlfriend Angie (Genesis Rodriguez (I should probably change my name to Nintendo Neuwirth)) breaking into Englander’s building, while everyone’s attention is drawn to Nick, and stealing the diamond Nick was said to have stolen, in order to prove his innocence.  It’s just that simple.
In order for Nick to be able to pull off his part in the plan as an alleged “possible jumper”, he decides to specifically request Det. Lydia Mercer (Elizabeth Banks) to act as his negotiator, with Det. Jack Dougherty (Ed Burns) and his men standing as back up.  Anthony Mackie is also around and concerned as Mike, Nick’s former partner.  Along with maintaining his balance, Nick must put on quite the show in order to pull off one big heist, while he stands up high on the side of a building.  And don’t worry; news correspondent Suzie Morales (Kyra Sedgwick) is making sure to get plenty of coverage. 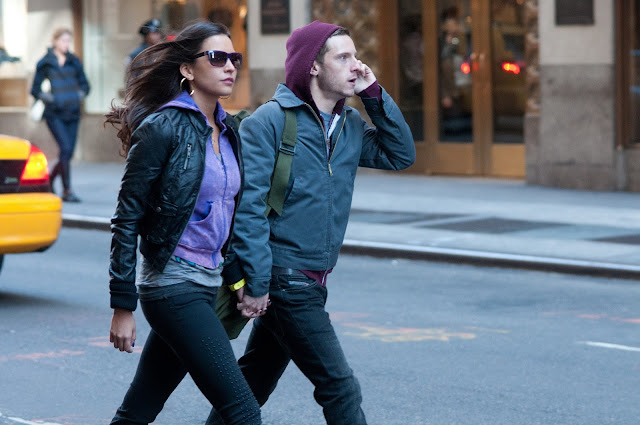 The biggest problem with this movie is how even after displacing the notion of logic that one needs to dispel if they want to attempt to take the film seriously, it is the lack of any real tension that ultimately undoes what the film manages to entertainingly setup.  Given that we know what Nick is up to, there is no tension ever in whether or not he has plans to commit suicide by jumping off the ledge.  At the same time, the ‘Adventures of Joey and Angie’ going on inside the building across the way are handled with such a playfulness (and extra doses of T&A from Ms. SEGA Genesis Rodriguez, who Mr. Nintendo Neuwirth would like to meet one day) that no one ever really expects them to completely fail in their plan.  Neither of these plots needs to necessarily be more serious, but the stakes never quite feel as high as Nick is on his ledge.
This could be attributed to the actors involved, or at least how they play it.  The emotional core of this movie is supposed to belong to Sam Worthington, but given that Worthington seems to have way more charisma in a Modern Warfare 3 commercial, training the n00b (Oscar nominee Jonah Hill) in combat, than he does as Nick Cassidy, there was not much to attach onto in this regard.  Similarly, with the exception of Jamie Bell and ‘Sonic the Hedgehog’s System SEGA Genesis Rodriguez’, the rest of the cast are all pretty much playing things by the numbers.  I definitely try to praise Ed Harris whenever I can, but even he does little more than play a very one-dimensional villain in a fancy suit. 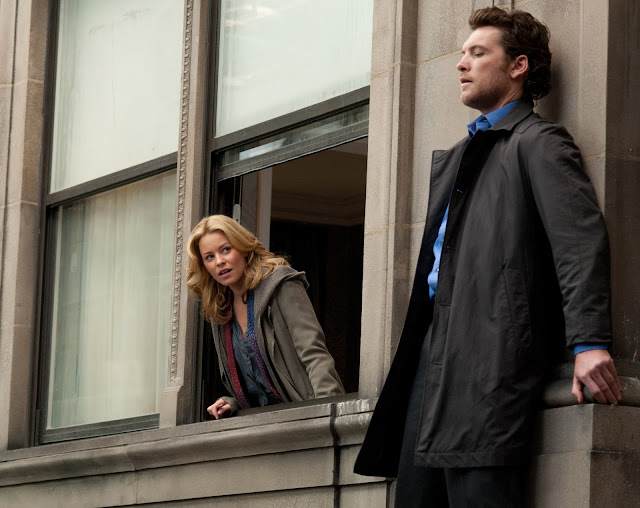 Ridiculous as it is, I can give the film credit for at least having the semblance of a decently paced heist film.  Even with the lack of tension in whether or not this film is going to have a happy ending (sorry for that mild spoiler), there is a level of confidence in the filmmaking that seemed like enough to get this film by…until the third act.  Once the film starts revolving less around whether or not Nick will get off the ledge and more on who else will get on the ledge, the movie’s plot becomes a mess, with screenwriter Pablo F. Fenjves and director Asger Leth clearly running out of clever ideas for the film, as opposed to implausible and silly ones.  Between this film and Tower Heist, I think I am ready to see caper films move back down to ground level for a while.
Man on a Ledge is basically harmless.  It contains a lot of forgettable entertainment in a very “don’t stop to think” sort of way, but is also completely ridiculous and wastes a lot of the talents of its strong ensemble cast.  The film is not insultingly bad, there is just little to recommend.  The premise is kind of intriguing, but I have literally seen exact sequences from this film lifted from two Mission: Impossible movies, the Ocean’s series, and Phone Booth.  I can always enjoy a quality heist film, it’s just that Man on a Ledge is not exactly a quality film; instead, it falls just sort of said ledge.

Nick Cassidy:  I am an innocent man! 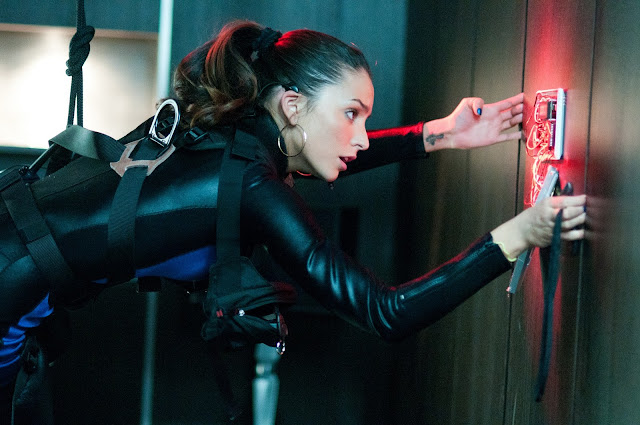