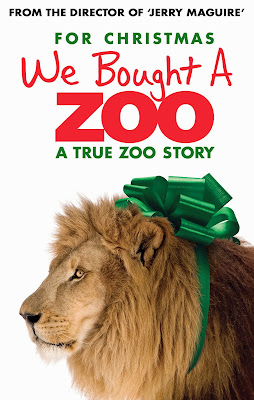 Rosie Mee:  We bought a Zoo!
(These quotes are Clickable!)

We Bought a Zoo is a movie made to make you feel good.  There is no other way around that.  It features nice performances, a nice score, stakes that are enough to keep you involved, but never to really put you in a tense place, and an overall sweetness that is enough to make your teeth fall out.  It is certainly nothing I hold against the film, especially given that it is based on a true story, but the joyful optimism seen in this film can only take one so far, before the level of interest starts to fade.  Still, We Bought a Zoo is perfectly acceptable for families to watch together during the holiday season and at least possesses a confidence in the acting and filmmaking to keep it ahead of other, similar family friendly features. 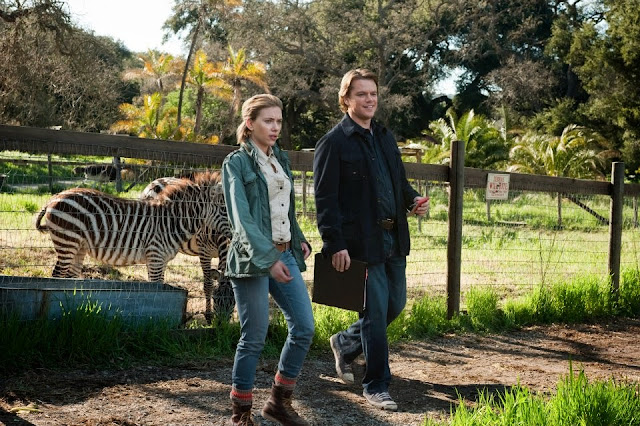 The film stars Matt Damon as pro journalist and grieving widower, Benjamin Mee.  Benjamin (as he likes to be called), is having a tough time raising his two children, little Rosie (Maggie Elizabeth Jones) and teenage Dylan (Colin Ford), in their Southern California hometown, given that everywhere he goes reminds him of his deceased wife.  Dylan is having trouble adjusting as well, given his recent expulsion from school.  This all leads to Benjamin quitting his job and deciding to movie somewhere else, somewhere in the countryside.  After some shopping around, Benjamin eventually decides on a pretty expansive piece of property to sink his life savings and inheritance into.  It has a large house, plenty of outdoors exposure…and is also a zoo.

Benjamin has decided to move Rosie, Dylan, and himself out to a struggling zoo, with intentions to bring it back up to code and reopen it.  This was against the advice of his older brother, Duncan (Thomas Hayden Church), but Benjamin thinks it will do well for him and his children’s spirits.  Helping out with this entire project are the remaining employees of the zoo; including Kelly Foster (Scarlett Johansson), the most dedicated of employees and animal caretakers; Robin Jones (Patrick Fugit), the caretaker who comes with a monkey on his shoulder; Lily (Elle Fanning), the youngest employee who takes a liking to Dylan; And Peter MacCready (Angus McFadyen), the experienced zoo architect.  In order to have everything work out, which includes having a handle on his family, his employees, and the 200 animals that need caring, Benjamin will need more than just money to get everything in order. 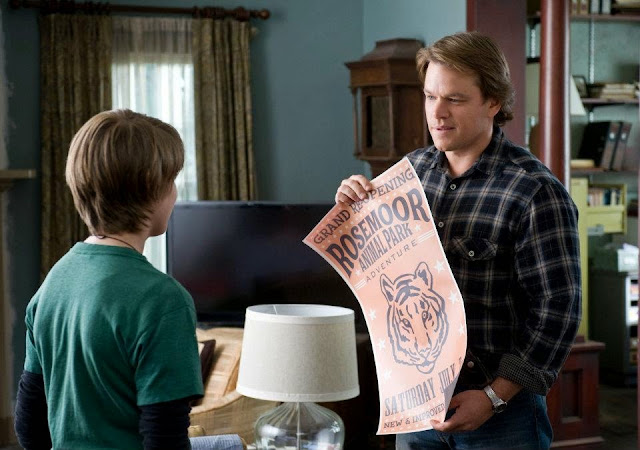 If there was an award for earnestness and precociousness, this movie would certainly be recognized.  As evidenced by a quote I am using, which isn’t just repeated by me, the movie’s lightheartedness and sentimentality can be properly represented in the form of young Rosie.  Her presence in this movie serves as a constant reminder that we are all here just to have a warm and loving time.  You do not have comedic actor John Michael Higgins serving as the “villain” of the film because you want the audience to worry about Benjamin’s livelihood.  But again, despite the adherence to a formula, it does come down the way writer/director Cameron Crowe manages to handle his characters, which does generally turn out well for the most part.
Matt Damon is completely solid in his role.  This is not much of a surprise to me.  Damon proves again and again that is he is pretty capable anywhere.  Here he does a pretty great job at playing the central figure of this film, dealing with so many various matters.  I think it works because you believe that this man wants to do the best that he can in order to please everyone, even in the face of dealing with his past tragedy.  The scenes between him and his son are among the most important, especially the encounters late in the film and it is these moments of drama that are handled well enough without feeling too sentimental.  I think the same can be said for the way he has to deal with some of the older animals within the zoo.  With all of this, Damon does well at working in the same territory as Cusack or Cruise have in past Crowe films. 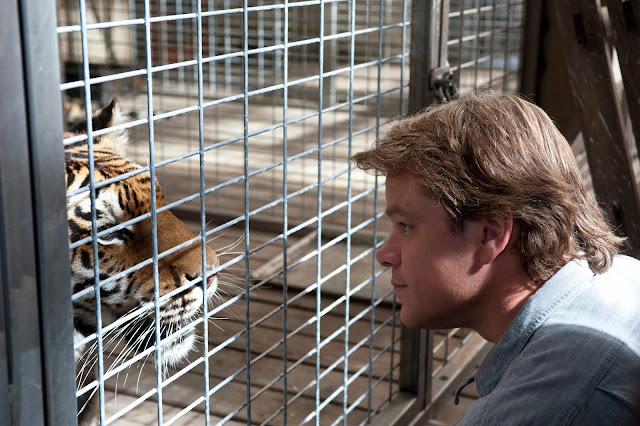 Not quite as successful is the supporting cast, despite a few highlights.  If the character of Rosie has all the precociousness she needs, then Scarlett Johansson certainly has all the earnestness.  Given that she plays up her habitual need to do all that is right for these animals, it does not feel mannered, but there is a slight awkwardness in her chemistry with Damon, given the doe eyes she can’t seem to help but give him at many moments throughout.  Thomas Hayden Church was a lot of fun here, playing a caring but not overbearing older brother and scoring a decent amount of laughs.  McFadyen’s work as essentially the brashly poetic zookeeper was fun too.  And Elle Fanning continues (after Somewhere and Super 8) to give affecting performances in films.
As far as the whole zoo angle is concerned, that was again a nice touch.  This film is based on a true story, for whatever that is worth, but the concept felt enough like a novel one to not have me caring either way.  I liked how the zoo was incorporated into this story.  And staying in line with how things were incorporated into this story, Cameron Crowe has a way of writing dialogue that can sometimes stick out, but beyond some of Benjamin’s dialogue towards the beginning and end and Rosie as a character in general, it did not really stick out in a bad way.  It is a Cameron Crowe film for sure, which is highlighted by the soundtrack (easily noted by those very familiar with the man) among other things, but in an even lighter way…and with a lot more animals. 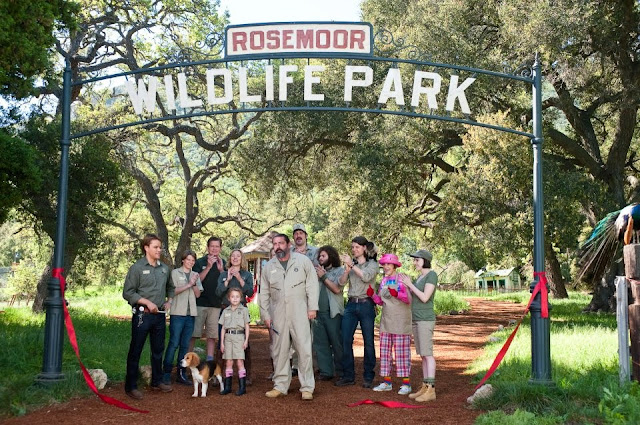 If this was 2007, at a time when No Country for Old Men and There Will Be Blood were becoming big successes, it would be nice to have a refreshingly light film like We Bought a Zoo to serve as counterprogramming.  However, as it stands, there actually are plenty of very accessible films currently in theaters to check out.  And even without that context, it still feels more like a film that is trying to be really special as opposed to one that actually is.  All of this and still I did actually like the film and would recommend it for families.  Damon is as solid as ever and the genuinely sweet nature of the picture is nice to see mixed with some of Crowe’s filmmaking sensibilities.  It may not have matched up to Crowe’s greater work, but it is a pleasant diversion. 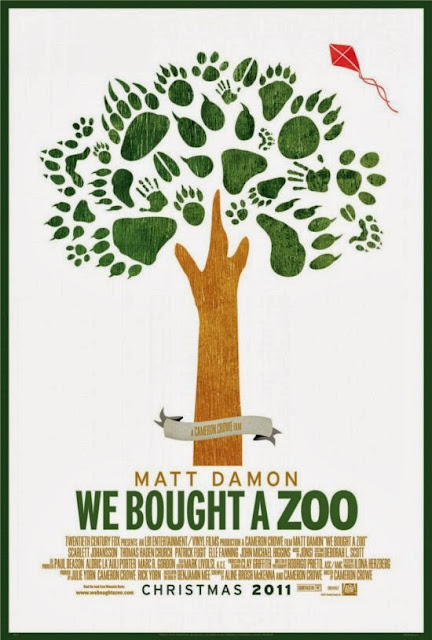