This week sees the release of Mission Impossible: Ghost Protocol, which means I decided to revisit the previous three films in the franchise.  Now having done so, nothing has really changed in terms of my opinions.  The first remains the best in terms of staying the truest to the series and being a lot of fun.  The second film is the weakest and plays out more like a Bond film.  The third is certainly a great "in-the-moment" action film, with plenty of thrills, even if there's not much complexity.  Overall, I continue to find a lot of fun to be had in this entire series and am looking forward to director Brad Bird's take on the series (complete with IMAX-filmed scenes).  The following, should you choose to accept and read it, are early reviews I wrote in regards to each of these films (which should be reflected in the writing). 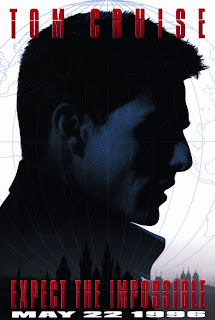 Mission Impossible:  4 out of 5

Seen as one of the smarter summer blockbuster movies. There is a lot of twists and turns throughout, but if you pay attention, then its really not too hard follow.  Tom Cruise leads a good cast of characters,  mixed with the fun, long tracking shots that director Brian De Palma is great at providing.

For whatever reason, this movie takes the main character from the original TV show, Jim Phelps played by Jon Voight, and pushes him to a supporting character to make way for Cruise's character, Ethan Hunt.  The story involves a botched team mission, leaving Hunt as the only member of his team left alive. In order to find out who the mole in his secret government group is, he must go through a series of seemingly impossible missions (hey!) to find out the truth.  The cast also includes Ving Rhames, Jean Reno, and Vanessa Redgrave, among many others, to round everything out.

As mentioned, the story is involved, but the film does a great job at being entertaining and providing some great memorable moments, including the many times parodied wire hanging scene and the ending train sequence.  The strange choice of DePalma directing works well for his visual style, Danny Elfman provides a great score, and the movie's script by David Koepp and Steven Zaillian, maintains a sense of fun within its complexity. 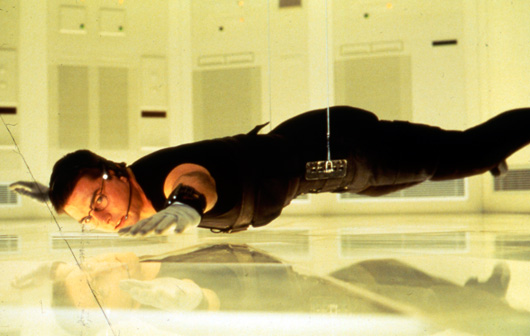 Original fans of the TV series may not be all for this big screen remake, despite how decent of a job it does at staying fairly true, but its a fun Tom Cruise blockbuster that started a fun franchise for him. 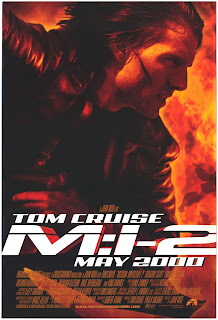 Mission Commander Swanbeck: As always, should any member of your team be caught or killed, the Secretary will disavow all knowledge of your actions. And Mr. Hunt, the next time you go on holiday, please be good enough to let us know where you're going. This message will self-destruct in five seconds.
Ethan Hunt: If I let you know where I'm going, I won't be on holiday.

Tom Cruise returns in the second installment of his Mission Impossible franchise.  Essentially, this time around, due to the flack the first movie got for having what would seem to have been to much of a "smart plot", this film dials it way down so anyone can understand what is going on and brings in John Woo to direct what is essentially  spoof of his own brand of movies.

This effects the movie in two ways. It turns the series away from most of what the TV show was based on: involved plots using teamwork based problem solving skill and instead creating an American James Bond for Tom Cruise to star as. The other effect is having this film succeed in providing some really great kick ass action scenes (that don't really kick into gear until about an hour in), complete with tough guy dialogue, hot women in peril, and heavy guitar riffs + slo mo.

The plot basically takes elements from GoldenEye and The Rock; as an agent gone bad and chemical viruses, signal Cruise's character Ethan Hunt to reunite with his friend Luther (Ving Rhames) to go to Australia. They also team up with Thandie Newton, looking incredibly good to go after Dougray Scott's bad guy character.

There is really nothing to this plot (and the film was allegedly cut down from 3 1/2 hours); what matters is John Woo knows how to make action scenes work, and they all do (as ridiculous as they are). Slow Motion, guns in both hands, doves out of nowhere, pyrotechnics, music (though the use of Limp Bizkit definitely dates this film), its all there, and its all cranked up to 11, including the final over-the-top showdown.  It also helps that Ving Rhames is cool anywhere he goes and Anthony Hopkins shows up for no good reason but to have some clever lines while delivering exposition. 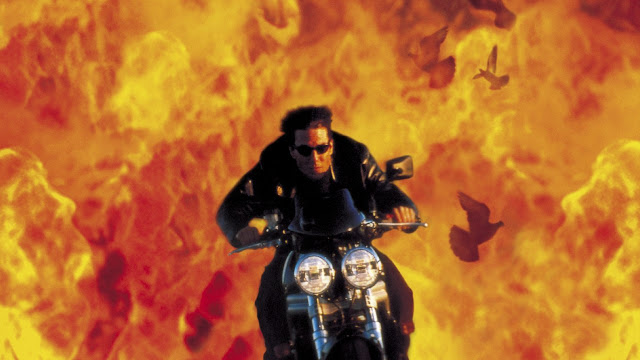 Its a fun movie to me, in the same way that 2 Fast 2 Furious works for me.  The weakest of the series for sure, but enjoyable for me, to an extent. 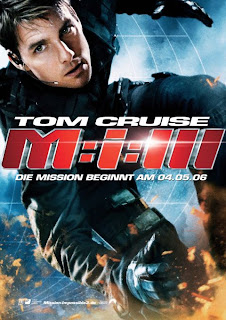 Mission Impossible III:  4 out of 5

The third trip into impossible mission territory with Tom Cruise heading up the team as Ethan Hunt. This entry proves to be very entertaining by providing nearly non-stop action and a levelheadedness in its direction.  Director/Writer J.J. Abrams of 'Lost' and 'Alias' fame comes aboard to combine a sensible plot with some stunning action work to make a very enjoyable summer movie, working with all aspects that include the acting and drama factor as well, so its not as dumbed down as other summer action flicks. Although it still is a popcorn flick.

The plot centers around bringing a now retired agent Ethan Hunt back onto the field after a friend of his has been kidnapped. This leads to his encounters with a sinister villain, played very evilly by Philip Seymour Hoffman. It eventually leads to Ethan going through impossible situations to outplay this man, especially after his new wife, Michelle Monaghan, is kidnapped.  Also coming into play is the return of the very cool Ving Rhames as Luther and a new team consisting of Maggie Q and Jonathan Rhys-Meyers, as well as Billy Crudup and Lawrence Fishburne as higher up IMF agents.

The teamwork, thrilling situations, and cool action scenes are things that have made up this movie series, and that's what is delivered. This is action filmmaking working at its near finest. Although it goes over-the-top, it is all handled in such a fitting sense, setup properly, and executed so well that it works to provide a very entertaining action experience. It is also surprising to know how much of the stunt work is practical, as well as seeing how good some of the visuals created by ILM are. This particularly applies the the bridge attack sequence (all of the shots of water were completely CG).

The teamwork factor is also nice to see again. While Cruise sort of played it lone wolf in the first sequel, this time the team does play a big role throughout, or at least enough so its not like Ethan Hunt is hogging all the spotlight.

Speaking of which, as far as Cruise goes, he is in the zone in this movie. As an actor, even in this type of movie, he is giving it his all, especially in some of the more tense scenes, putting it on par with what would be his more "credible" work. It also helps that he is willing to dish out plenty of pain to himself as well, with all the running and jumping he's doing here (dud seriously runs for miles in this film). 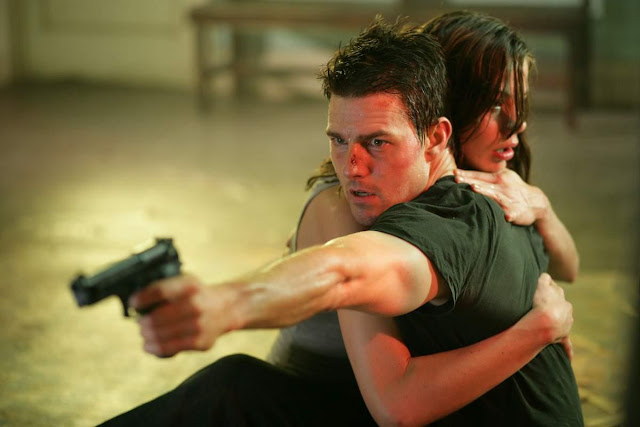 MI3 is a very enjoyable summer action flick, that works at all the levels it is aiming for, being exactly what it should be, a fun time at the movies. 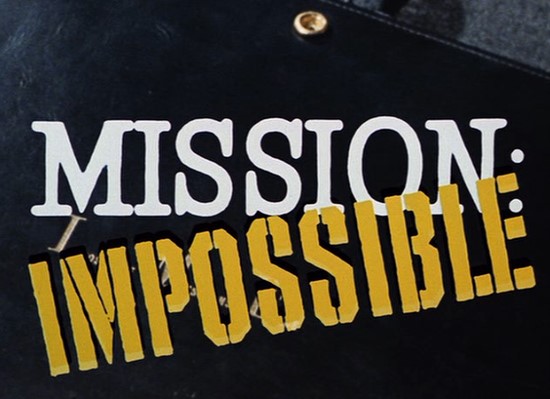