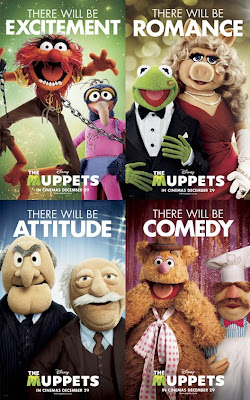 Statler:  I always dreamed we'd be back here.
Waldorf:  Dreams? Those where nightmares!

It is not often that I try to put so many hopes into one specific film, but I was dead set on wanting to love The Muppets.  Besides being pleased with who was involved in the production and the cast, I just get a great joy out of these characters every time I see them.  Thankfully it all worked out, as after finally seeing the first new Muppet movie in over 12 years, I can easily say that it was one of the most pleasing experiences of this year.  For me, The Muppets was a laugh-a-minute comedy; jam packed with fun, silliness, classic Muppets meta humor, self aware musical numbers, and the endearing nature of the old and new characters.  The Muppets manages to have fun with its own nostalgia, while proving it can still bring its familiar brand of humor to a new generation. 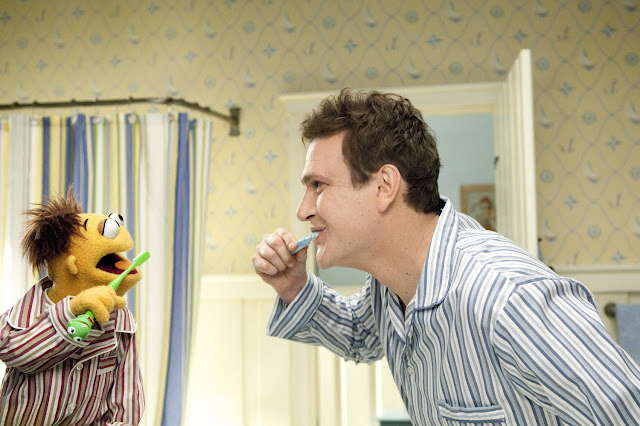 The film starts out in Smalltown, USA, where we meet two brothers, Gary (Jason Segel) and Walter (a Muppet).  As they grow up, Walter discovers The Muppets on television and becomes their biggest fan.  A planned anniversary trip between Gary and his longtime girlfriend Mary (Amy Adams) to Los Angeles really gets things underway, as Walter is allowed to tagalong, hoping to visit the legendary Muppets Studio.  Upon arriving, Walter is disheartened to find that the area has been deserted.  The plot thickens as he discovers a plan by rich oil tycoon Tex Richman (Chris Cooper) to buy the Muppet Studio, tear it down, and drill for oil.
With no desire to see the Muppet memories truly wiped off the planet, Walter, Gary, and Mary set out to set things right by finding Kermit the Frog.  They alert him of Richman’s plan and the fact that the Muppets can save the Studio and the Muppet Theater if they were to put on a big show and raise $10 million.  Now it will be up to Kermit, with help from his new friends, to reunite the old gang, hopefully finding away to restart the music, relight the lights, and get all of the Muppets together for the Muppet show tonight. 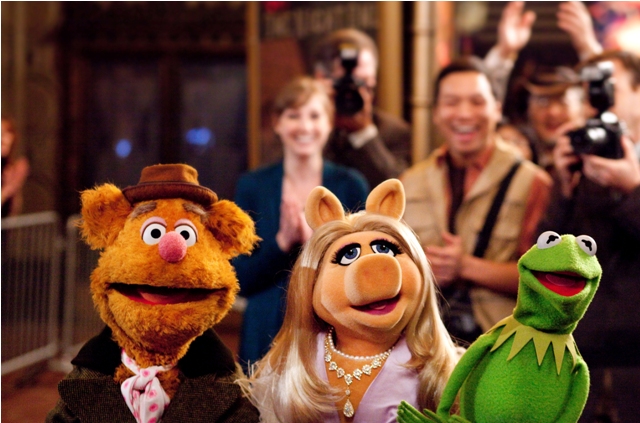 
The film was co-written by Jason Segel and Nicholas Stoller who previously collaborated on Forgetting Sarah Marshall.  Those familiar with that film should be aware of the obvious love that Segel has for Muppet characters, which has now lead to what must have been a dream come true.  Staying very true to the spirit of the Muppets and their previous adventures, Segel and Stoller have crafted a very clever story that places the characters in a world where the TV show and the various movies all existed.  Basically, Muppets and people co-exist, no questions asked (because a world with Muppets is a better world to live in), and the Muppets did actually once star in feature films as themselves.  True to form, the movie is very aware of itself and the silliness that goes into it.  And because of this, I was able to fully embrace the tone of the film and smile and laugh all the way through.
An admirable quality that I did appreciate is how the human characters do not overshadow the Muppets.  Kermit the Frog and Walter (the newest Muppet) are the true lead characters in this film, with Gary and Mary having less to do.  With that said, the balance between all of the different characters was quite nice to see, including the villainous Tex Richman character, who Cooper seemed to be having a blast playing.  I also appreciated the various ideas and morals brought into play, which involved things like friendship and staying true to oneself.  There may be weirdness along the way, but the Muppets were never about being cynical, which stands as true here. 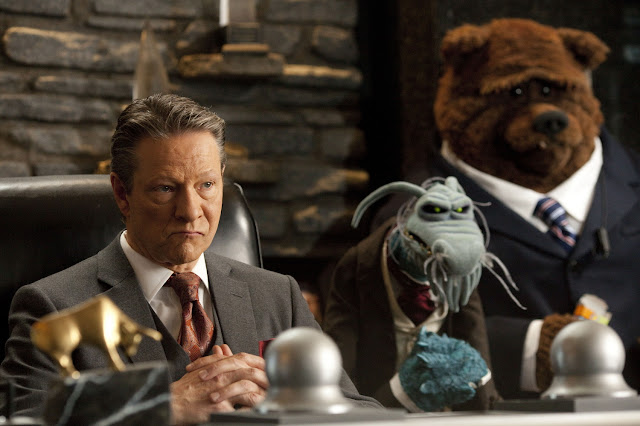 As far as the musical element of this film goes, I was able to continue smiling in that regard.  The Muppets was directed by James Bobin, who co-created and directed many episodes of the HBO series The Flight of the Conchords, a quirky comedy that incorporated frequent musical numbers.  Conchords star Bret McKenzie also served as music supervisor for the film.  Combing these two with the songs that Segel and Stoller developed, there seemed to be a wonderful sense of synergy in putting together the big musical numbers within the film.  While not the most expansive in terms of overall filmmaking cleverness, there were a few great gags, commentary surrounding the idea of people randomly singing, and a familiar sense of Conchord-style quirkiness that fit right into the Muppet universe.
The actual Muppet characters continue to be a blast to watch.  We get a lot of great call backs and homages to old jokes, sketches, etc., while also seeing these characters being updated in a sense for the era they are now living in.  Additionally, Kermit and Ms. Piggy continue to have the strangest/funniest romantic chemistry on screen, Fozzie Bear still tries to tell jokes, Gonzo still attempts to live up to greatness, and everyone else is along for the ride.  Actually, Animal has a pretty humorous arc, which involves dealing with anger management issues.  And of course, this film is packed with celebrity cameos throughout. 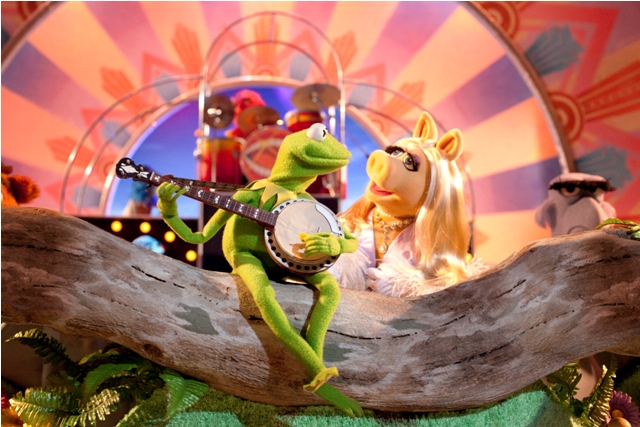 I may not be the super fanatic like Walter in the film, but I have made it pretty clear to others that I cannot resist being excited by the Muppets.  This film did such a great job at making me think about little else but how much fun I can have with these characters and this type of humor.  It is less a matter of the jokes being very clever and more just the idea that they are so quick to double-back on themselves and call out their own ridiculousness.  Regardless, all it adds up to is a lot of fun, which could be appreciated by practically anyone.  Other movies can try to be the best of the year, The Muppets aims at being the most fun and pretty much succeeds.

Fozzie Bear:  Wow! That was such an expensive looking explosion! I can't believe we had that in the budget. 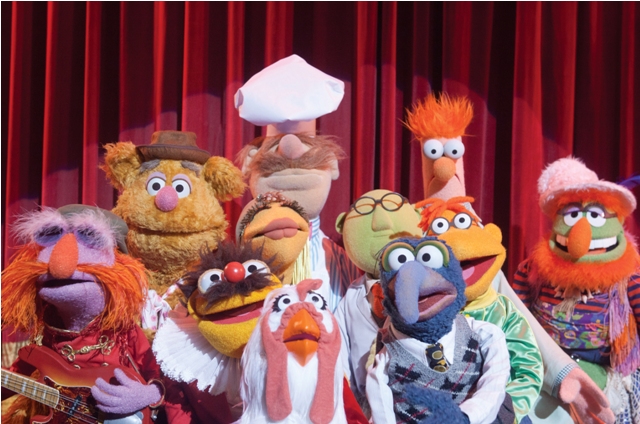