Many Will Be Creeped Out With ‘The Skin I Live In’ 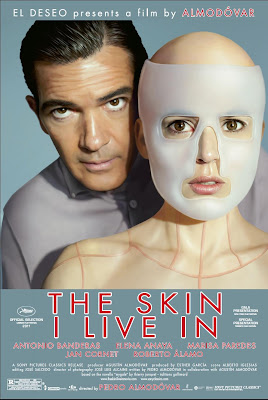 Robert:  I have performed three of the nine facial transplants in history and nothing has given me more satisfaction.

The Skin I Live In is a twisted suspense thriller that takes an arthouse approach to a mad scientist story.  Leave it to Spanish director Pedro Almodovar to take all of the various trademarks of his usual types of films (strong uses of color, strong female characters, themes involving desire, passion, and family) and apply it to a macabre tale involving a brilliant surgeon going to extreme measures to deal his own past tragedies.  Graphic is one term that can be used to describe the film, but it is also strongly acted, very well shot, and certainly unique in its story.  The Skin I Live In is the kind of film that starts off with intrigue and goes on to have its characters become more understood as its plot becomes crazier and crazier. 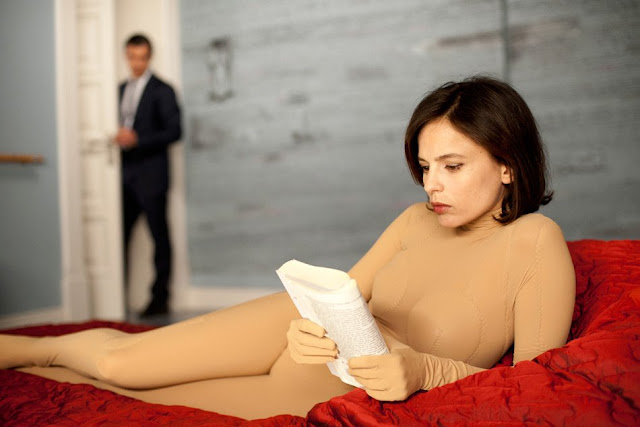 Antonio Banderas stars as Dr. Robert Ledgard, a plastic surgeon based in Toledo, Spain.  As the twists and turns pile on in this story I will tread lightly, but there are some mild spoilers coming up.  Robert informs fellow doctors that he has succeeded in cultivating a skin that cannot be easily damaged, using mice as test subjects.  In fact, Robert actually has a young woman being held captive in his villa, whom he has tested this skin on.  Robert’s villa also doubles as an operating and recovery facility.  We know very little about who this woman, Vera (Elena Anaya), is, beyond the fact that Banderas has her locked in a room with several surveillance cameras and she is dressed in a full, form fitting body suit.  We are also aware that Marilia (Marisa Paredes) works in the villa as a servant, but is very skeptical about Robert continuing to hold this woman captive.  While Robert is away one night, a break in occurs, which only leads to some disastrous occurrences.  Following the events that take place in this situation, the film moves back in time to fill in the blanks surrounding the mysteries of Robert’s past and the nature of his relationship with Vera.
Writer/director Pedro Almodovar describes this film as, “A horror story without screams or frights.”  I find this statement to be perfectly adequate, as it is the kind of film that I could have easily seen a director known more for body horror, such as David Cronenberg, make this film just as well in their own style.  As this is an Almodovar film, it has a fitting sense of how to incorporate his stylistic and story tendencies into a film that is in fact quite twisted.  While at its base level, this film could be categorized in the same realm as the dastardly Human Centipede films, which Why So Blu proudly promotes; there is a strongly acted tale of tragedy running throughout The Skin I Live In, which makes it all the more effective and engaging.  It is also a very well made film from a technical standpoint. 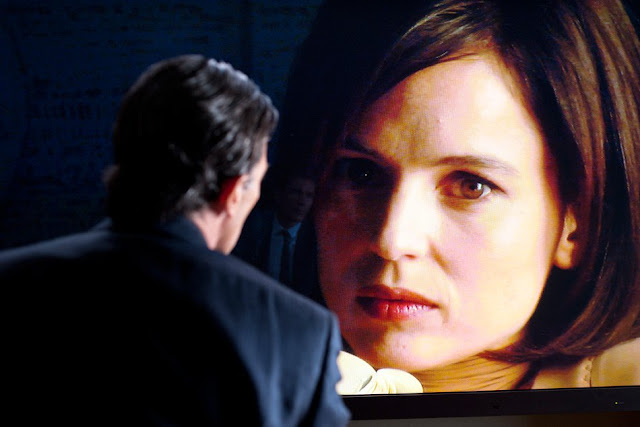 I found the whole look of this film to be fantastic.  There is a beauty that is easily captured by Almodovar in the way that he films Spain and the country villa, where most of the action occurs.  It is also very present in the way he treats the more…graphic sequences that could have been portrayed as cold and clinical, but are in fact expressive and even sensual in a way.  Make no mistake, this is subject matter not easily watched if I were to describe it in detail, but the way it is captured in implication is very well handled.  Even the imagery of Vera, as she is held captive in her room, watched over by Robert, and forced to create her own ways to pass the time are quite striking.  And then there is always the use of color, which I find to always be bright and expressive when it comes to watching the work of artful European directors.  For a movie that I have thus far implied so much in terms of its body horror elements, it is a very good looking film.
As far as the performances go, while this film is in Spanish, thus making it somewhat harder for me to really accurately judge the actors, I did find the cast to be quite good in their respective roles.  Banderas, who hasn’t worked with Almodovar in over 20 years, is wonderfully cast as a man we can believably acknowledge as a respected surgeon as well as someone who has a terrifying dark side.  Anaya has an incredibly tricky role, which is so much easier to acknowledge, after having seen the film and understanding her character completely.  Suffice it to say that I think she gives it her all, going through a multitude of different experiences in order to play this character. 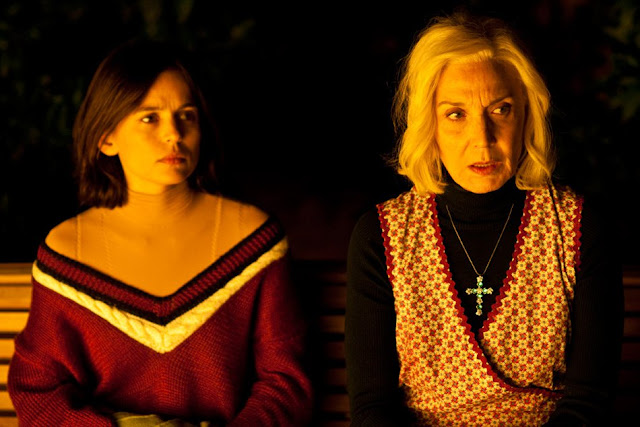 The most intriguing aspect of this film, I find, is what we are supposed to make of the various themes that are introduced and how they play out as the story twists and turns along the way.  I hate having to be such a tease in vaguely describing the overall story, but concepts regarding identity, loneliness, what one would do out of love, and what one does out of revenge all makes for a very interesting way to read this film, once all is said and done.  Understanding some of the implications and revelations that occur, while the story becomes clearer keeps the film very engaging, all while using a genre-film based construction in a lot of instances to have a way of telling this story.  It’s kind of fascinating how it works so well. 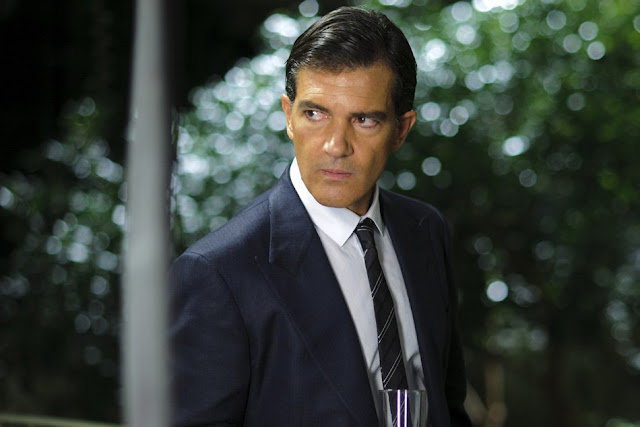 The Skin I Live In fits into the very satisfying category of an original, twisted tale that accomplishes what it sets out to do.  It is an engaging story, strongly acted by its main leads, and also incredibly unique.  It certainly earns its very hard R rating, but there is a lot of wonderful imagery present, significant themes explored, and a disturbingly engaging sense of vision.  Not like many other films is certainly a good compliment here and using “Hitchcockian” as another way to describe it is certainly appropriate as well.  Deliberately paced, but different and twisted, this was a good time at the cinema.

Marilia: The things the love of a mad man can do. 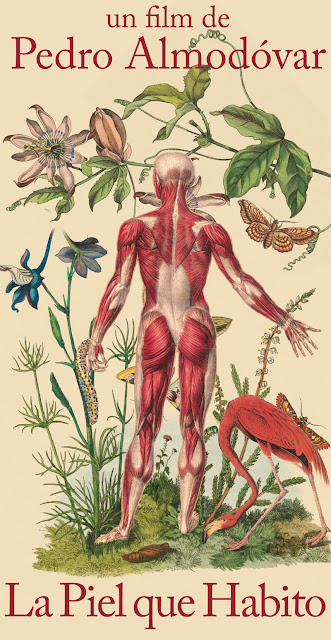