Feel Free To Travel To ‘Another Earth’ 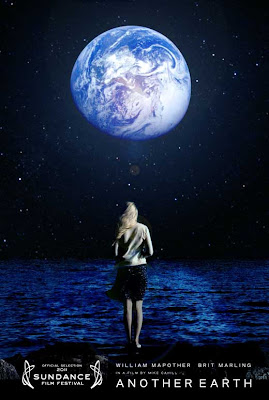 Purdeep:  Listen to me.  Keep your mind clear and that’s it.  You will have peace of mind.  My dear don’t worry.  Learn to adjust yourself.

On the heels of watching Lars von Trier’s Melancholia, I was able to see Another Earth.  Apparently I am a sucker for existential sci-fi dramas that revolve around the dilemmas of the main characters as they deal with their own tragedies, along with the presence of another planet coming dangerously close to earth, because as with Melancholia, I really dug this film as well.  While there is an intriguing subject in this film that involves the existence of a duplicate world and the chance to communicate with it, most of the sci-fi-ness, like Melancholia, is pushed into the background, as the film moves at a deliberate pace and deals with the drama surrounding the lead characters.  As the first feature film from director Mike Cahill, I found Another Earth to be quite well acted and assuredly made; but the notion of thinking what my double would do, alone, managed to keep me involved with the film. 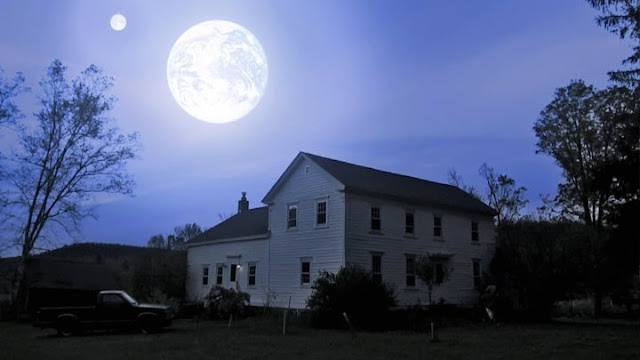 Brit Marling stars as Rhoda, a high school student having the night of her life, as she has been accepted into MIT and is partying it up.  While driving home intoxicated, Rhoda hears reports on the radio about an approaching planet appearing in the sky.  As she turns her focus towards the sky, Rhoda crashes into another car.  As a result, Rhoda kills the wife and child of John (William Mapother).  Since she is a minor, John does not learn of Rhoda’s identity.
After serving four years in prison, Rhoda returns home, taking up a job as janitor at her high school.  The approaching planet has since gotten closer and appears to be identical to earth.  Speculations about the planet ensue, leading to a planned mission to travel to it.  An essay contest opens up, providing the chance for one earthling to travel from Earth 1 to Earth 2.  With little in mind in the way of a future, Rhoda enters the essay contest.  In the meantime, Rhoda also attempts to develop a relationship of sorts with John, but under false pretenses. 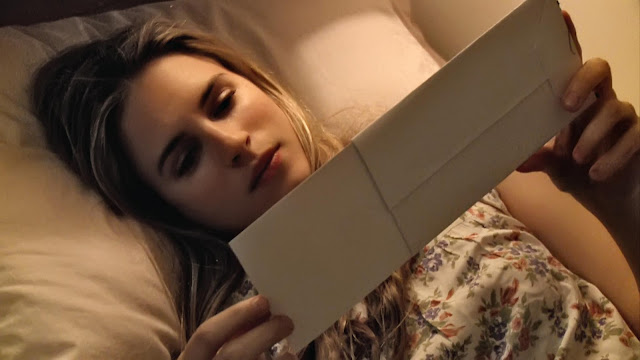 I was surprised by this film for what would probably be considered a strange reason – I thought it was a faster-paced film than I was expecting.  At least in terms of the editing and the way it was shot, which manages to incorporate an almost kinetic-like approach (at least for a focused indie drama), using some interesting camera techniques and a lot of handheld work.  Maybe I was just really in a relaxed zone and ready to take in this film, but I was pleased with how it managed to flow throughout.  Helping all of this is the fact that I found the story intriguing, even as it established a somewhat inevitable path to follow.
While curious about the concept of what someone’s other self would do, the bulk of the story revolves around the relationship between Rhoda and John, with one person knowing something crucial that involves the other.  A story like this is all about the simmering notion that the beans will have to be spilled eventually, but even in the face of inevitability, I was really fond of the work being done by these actors and how things managed to play out.  The burden of having secrets revealed did not effect my attachment to this story. 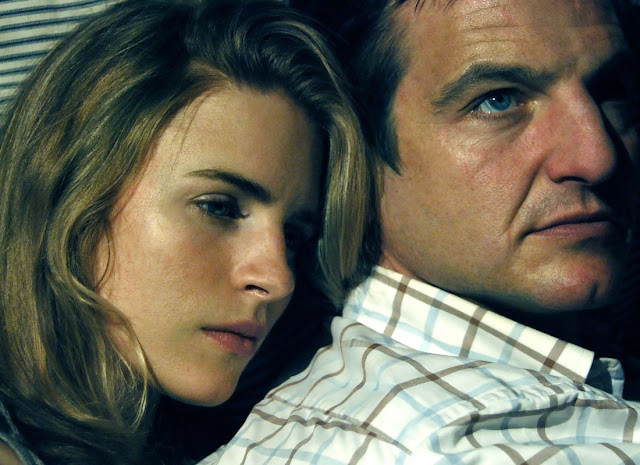 I believe both Marling and Mapother were quite good here.  Marling, who also co-wrote the film, has seemingly emerged out of nowhere to portray this young woman, faced with an incredibly unfortunate event that has basically ruined all of her ideal future plans and must now roam with a scarred but open mind in figuring out what she is left to do.  Mapother, a character actor who has had a career of playing creepy individuals more memorably than not, gets the chance to play deeply wounded, with a lost sense of hope and purpose lurking deep within him, but buried by grief.  Both of these performances, I found, were strong and kept the film, which has some otherworldly stuff going on, grounded.
On the subject of that otherworldly stuff, besides being fairly obvious representation of some of the themes present in the film, I was quite intrigued by it.  However, as much as I did enjoy pondering the ideas of another earth, I was happy with how it was pushed into the background.  While the film does deal with it when it needs to, it both does not feel like a gimmicky afterthought or as a distraction to the narrative.  By the time this subject of the film does become more important, which it majorly does in the final act of the film, the eventual resolution worked wonderfully for me.  I was especially happy in the way that the ending did not necessarily leave me with questions, but it left me with ideas that could reshape my views of what preceded it.

I feel like I have been addressing pacing in a number of reviews I have written lately.  I don’t really like to when it doesn’t seem like a problem for me.  This is an example of that, as the film remained intriguing to me throughout and I would likely not address the deliberate pace of the film instead of what I found to be an intriguing premise that managed to be different from what I was expecting.  Getting the chance to see not only big budget sci-fi spectacles, but more personal projects that have much smaller visions involving sci-fi in mind is a nice experience.  Balancing my year out with a wonderful film like Another Earth and something on the other end of the spectrum that I can appreciate equally is a rewarding experience. 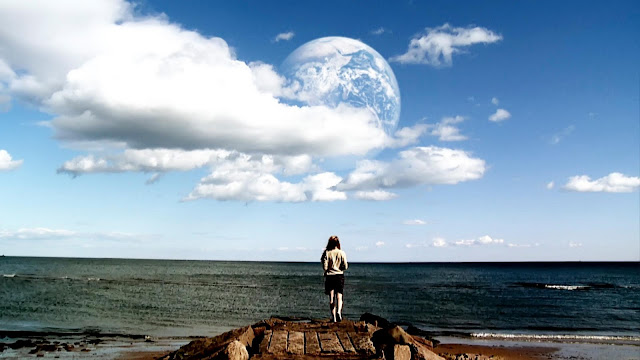