‘In Time’ Features No Aging Or Good Dialogue 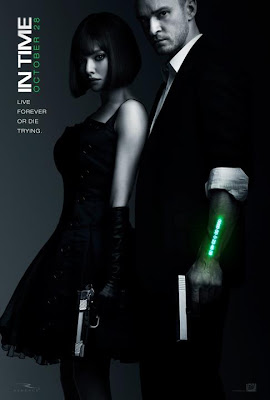 Henry Hamilton:  If you had as much time as I had, what would you do with it?
Will Salas:  I sure as hell wouldn’t waste it.

I cannot imagine it being at all simple to develop a story set around a future society, with a specific set of rules in place.  For all the fun it must be to describe the ways characters must behave and dress and how the look of the world has changed, getting down to the logistics of whatever it is that is setting the plot within this future society must be a difficult process.  Often times a fine B-movie emerges out of a simple sci-fi concept, simply because it was entertaining enough to have its obvious flaws be looked over (Equilibrium comes to mind).  With In Time, it seems like there is enough here to make a very entertaining feature; however, something seems to have gone very wrong in the scripting stage, as the dialogue is really bad and the various themes of the film are pretty heavy handed.  It is a shame, because I generally enjoy the sci-fi work from writer/director Andrew Niccol. 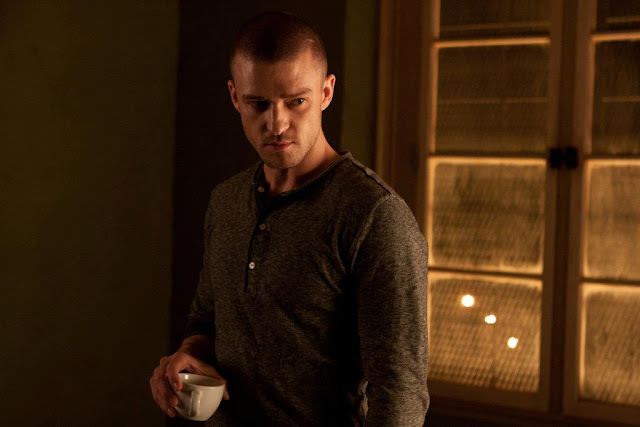 The film is set in a retro-future, where the aging gene has been switched off and people now stop aging at 25. To avoid overpopulation after 25 each person is given just one more year to live and stamped on their arm is a running clock of how long they have left, once the clock reaches zero they die. This has lead to time becoming the new currency.  Time is earned by working and can also be stolen or robbed from another person. Of course, within this society, there are the rich and the poor.  The rich apparently live as immortals in a high class society, while the poor live in the ghetto, struggling to survive.
Justin Timberlake stars as Will Salas, a street rat managing to just get by with his 50-year old mom (Olvia Wilde, apparently just as busy this year in studio films as Jessica Chastain is in indies).  One night, Will saves the life of a man, with over a century of time on his arm, from a gang known as the Minutemen, lead by a 75-year old, Fortis (Alex Pettyfer).  The man Will saves is Henry Hamilton (Matt Bomer), who is over 100-years old and is done living in this society.  Henry gives Will all of his time and jumps off a bridge.  This leads to a murder investigation headed up by a Timekeeper, Leon (Cillian Murphy), who is incredibly suspicious of a man who he does not think would just give away all of his time to some kid from the ghetto.  Regardless, due to some other personal reasons, Will heads to the rich society in an effort to bring justice in his own way to those who unfairly get to live as immortals, while others suffer. 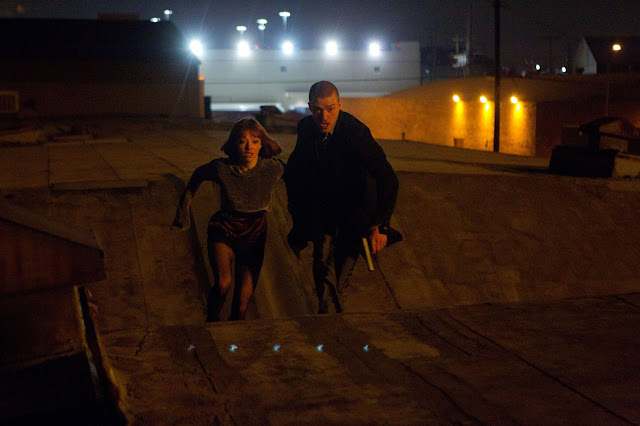 By having set up so much of what this film’s future society is like, I have hardly been able to get at the meat of the plot, which involves Will’s character kidnapping the daughter of one of the richest men in the world, Philippe Wies (Vincent Kartheiser).  His daughter is Sylvia (Amanda Seyfried), who becomes the Bonnie to Will’s Clyde, as the two join up to rob time from the rich and distribute back out to the poor.
I was intrigued by this film early on and would have been fine with it, were it not so poorly configured.  It is not so much in the unexplained retro-design of the film or the overall look of the world, captured by cinematographer Roger Deakins, apparently shooting with digital photography for the first time, but the writing, which is truly an issue.  All of the dialogue feels really poorly handled, very obvious, and does little to make the film more compelling.  It is hard to find where the blame lies, as some of the performances were rough, some directorial choices were laughable, and many scenes were very uncompelling. 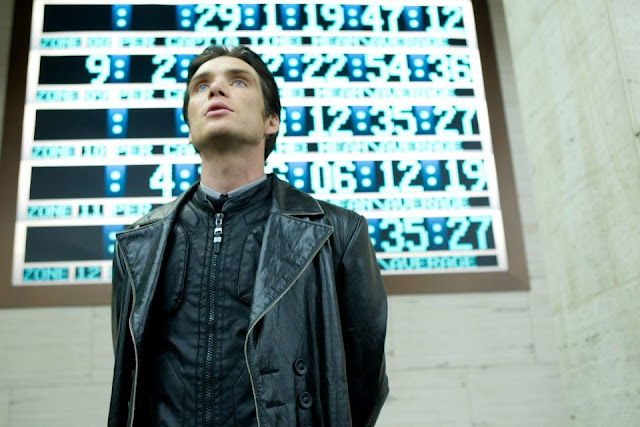 I am a fan of writer/director Andrew Niccol, who has written The Truman Show, created Gattaca and the underappreciated Lord of War, but his work seems off here.  I have heard nothing in the way of studio interference and Niccol has even been credited as writer/director/producer this time around.  Given that his previous directorial outings have been met with little commercial success, it is almost as if an attempt was made to bring more mainstream appeal to this film by essentially lowering some of his standards.  Now this is incredibly presumptuous, but I really have no idea why this film suffered from subpar writing.
Some things register decently enough.  I continue to enjoy Timberlake as an onscreen presence.  His casting in this film as an action lead seemed like something new and despite the problems I have already mentioned, I think his work in the film was fine enough.  I have little to say about the rest of the cast, although I was amused by Murphy’s insistence on wearing a big, black trench coat everywhere.  I also found it humorous that in a world of very attractive 25-year olds, Johnny Galecki (clearly not looking 25) was cast as the ugly best friend character. 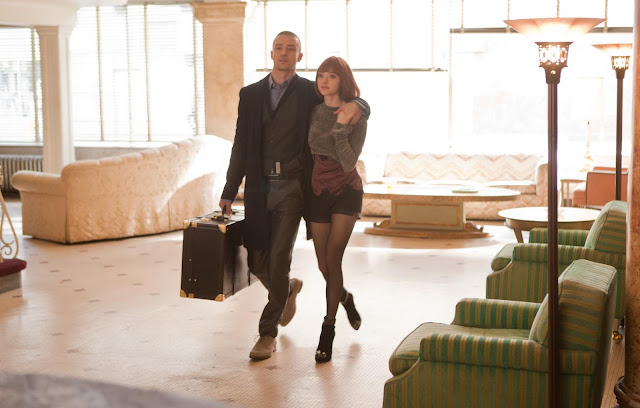 In trying to strip away the gripes I had and judge it like a simple B-movie, I still can’t quite say I had fun in that regard either.  I feel like there was a lack of energy in this film to keep me wanting to be involved in the story.  There is a lot of running in this film and the righteous criminal approach is a neat route to take, especially since it evokes a classic Robin Hood-like tale, but I still couldn’t find much to appreciate in its basic action elements.
I found In Time to be a misfire.  I wanted to go in and enjoy the film.  If not on a compelling level in regards to the science fiction that was established, then at least as a fun sci-fi B-movie.  Unfortunately I found neither.  There are a lot of good looking people here and a solid premise to play off of, but it is the poor writing that undid everything for me.

Will Salas:  Just once I’d like to wake up with more time on my hand than hours in the day. 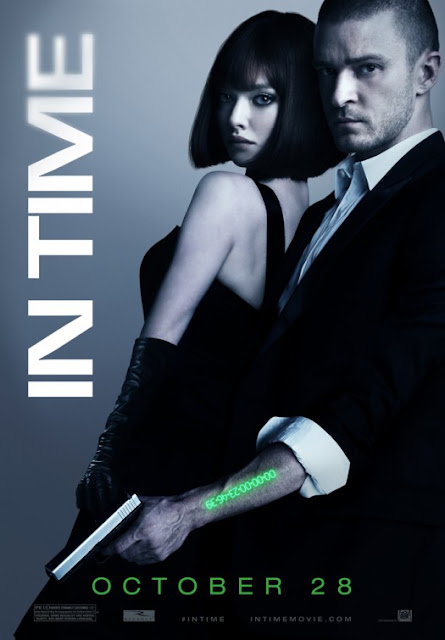