You Can Put These Remade ‘Straw Dogs’ To Sleep 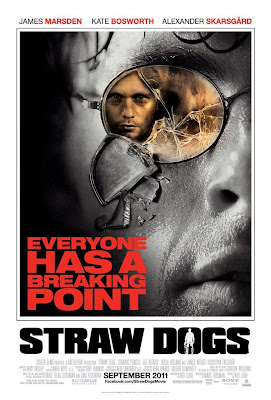 Charlie:  We take care of our own.

I do not always have a chance to do this, but I have to sort of defend a movie that I am not all that partial to.  The original 1971 Straw Dogs, from director Sam Peckinpah, was a film that came out during a transitional time in Hollywood, the New Hollywood period.  It was controversial at the time and to this day, presenting a number of difficult scenes to watch, while serving as an exploration of violence in different forms with ambiguous answers to some of the actions of the characters.  This 2011 update has nothing to say and feels completely unnecessary.  While admittedly well made in places, this is the worst kind of remake, one that does not go the route of reimagining plot elements from the original and instead follows the same path beat for beat.  It is not even as if the original film had much commercial appeal, so I am not really sure where this idea has come from.  Regardless, few well done moments aside, this is an exercise in melodramatic build up to gruesome events with no purpose beyond providing mild excitement for the audience. 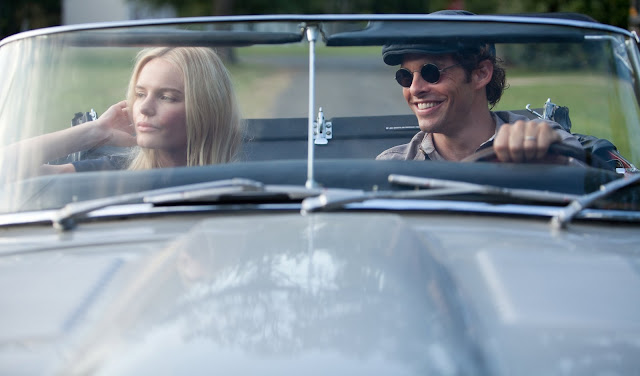 The unluckiest leading man in Hollywood, James Marsden (see: X-Men films, Superman Returns, Enchanted) and Kate Bosworth star as a married couple seeking to relocate to Bosworth’s hometown in the Deep South.  Marsden is David Sumner, a screenwriter hoping to find peace and quiet so he can write.  Bosworth is something of a town star, as her character, Amy Sumner, managed to move away from what could have been a nothing life for her and became a television star.  As the two arrive, the locals of course take interest; some more than others.
Amy’s old boyfriend, Charlie (Alexander Skarsgard) and his buddies introduce themselves to David by announcing that they would like to do the construction work David needs on the roof of the old house.  David allows this, leading to some foreshadowing signs of trouble.  Tensions start to brew between the Sumners and Charlie & his gang almost immediately.  David has a knack for acting kind of superior to the country folk around him, while Charlie and the boys seem to be openly acknowledging their inner thoughts about Amy.  Various other events occur, including a side story involving the town’s former head high school football coach (played by James Woods) and his animosity towards the town’s mentally challenged individual (played by Dominic Purcell), which eventually leads the film into its violent siege finale.  Spoilers: every dog has his day. 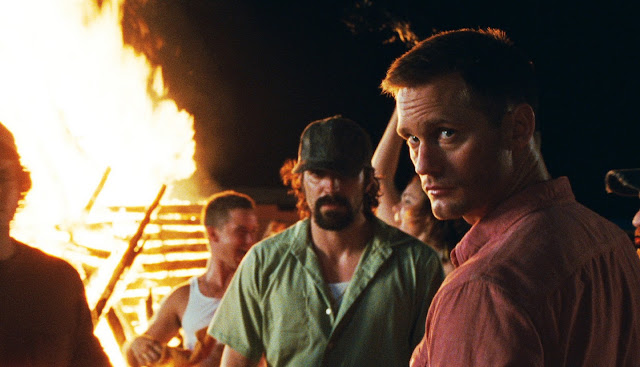 I have nothing against the idea of remaking a film for the most part.  Provided the various elements involved, how the times have changed, etc., there can be a lot to get out of an update on certain properties.  I also don’t really feel the need to compare the two in a review too extensively, as I should be able to judge the new version on its own merit.  It is very tough to do so for this new take on Straw Dogs because I simply cannot see a reason as to why it was remade.  I can tell that writer/director Rod Lurie (The Contender/The Last Castle) is a talented filmmaker, but I felt he really missed the mark in capturing any sort of nuances to the story that would have been well served by bringing some of the important themes of this film up to date.  As it stands, the film is a very conventional thriller that has a lot of weaker elements in comparison to the original.
My chief concern involves the two signature scenes in this film and the original.  One involves an act of sexual violence and the other involves the ending siege, which is like watching a hardcore, R-rated version of Home Alone.  There was a level of controversy in the original due to how the rape scene was depicted.  In this version, there is no way to make a mistake about what you should think about the characters, after the deed is done.  The siege in the original was also about how far it was willing to take a character that who was a strong pacifist.  In this version, it is simply a matter of “when the going gets tough…”.  Without any kind of significant development to have the character or myself, as an audience member, consider these actions with a level of moral ambiguity it kills the reasoning for this film to exist.  It is not insightful in anyway, just a film that is bankrupt of creativity, beyond having “satisfyingly” brutal violence for those who have it coming. 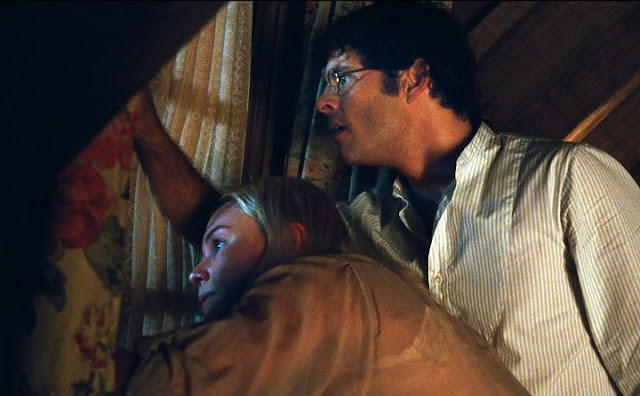 The actors are a mixed bag.  James Marsden and Kate Bosworth make for a cute couple initially, but eventually become grating to watch together, which is by the story’s design, but is not helped by the actors (namely Bosworth).  Alexander Skarsgard is a little bit of a miss here, because he so easily exudes confidence as well an intimidating presence when it is called for on HBO’s True Blood, but strangely does not pull that off here as effectively.  He is solid in scenes that involve him playing deceptive and cool, but the supposed animal underneath is not very convincing when it comes out.  Given his obvious sex appeal, I can see many seeing this film just for him anyway, but I am hoping to see Skarsgard take on more challenging work in the future, because I do like the guy.  James Woods is simply way over-the-top, practically playing the version that he plays of himself when he guest stars on Entourage.  And I don’t know how to not make this sound like a backhanded insult, but I will say that Purcell did play a convincing mentally handicapped person.
A lot of this would have maybe bothered me less if they at least left the poster from the original film alone.  The original’s poster (seen HERE) is known for being a very memorable image, well suited to the film.  I don’t even really enjoy the original (and I am sorry for invoking it so much), but I love that poster.  Now, much like the film as a whole, we have a retread that just gives me the feeling of nothing.  I did not really enjoy this film.  There are elements that are done well (some of the cinematography is quite effective, as are a few character beats, and spots of tension building), but the film as a whole is mostly uninspired.  Bad dog.

David:  I will not allow violence against this house. 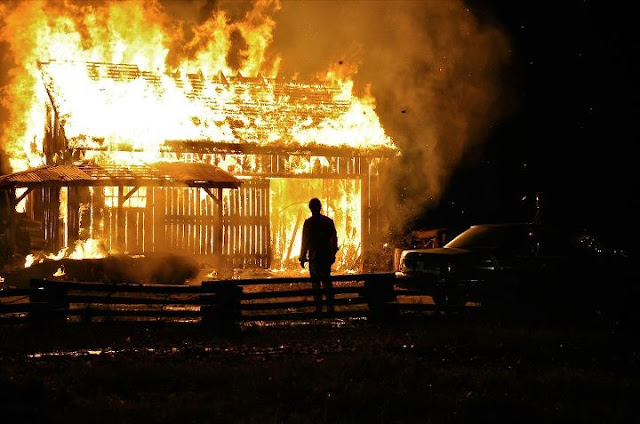