‘Tucker & Dale Vs. Evil’ Is A Fun Spin On The Cabin In The Woods Story 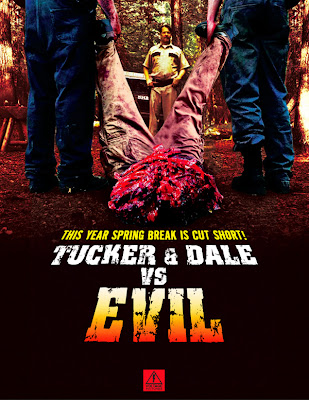 Tucker: He’s heavy for half a guy.

In the past few weeks I have seen a number of horror films fitting into sub-genres that include vampire films, haunted house films, and found footage films.  Another well worn horror sub-genre would have to be the old “cabin in the woods” story, which pits a group of innocents against unknown evil in the middle of the wilderness.  The Evil Dead films would be at the top for me in this category, but many other entries have come and gone as well.  Tucker & Dale vs. Evil has an ingenious premise for this type of film.  Instead of being a standard “cabin in the woods” type story, it pulls a reversal.  The heroes are in fact the hillbillies that would generally be terrorizing the innocent teenagers.  Due to clever writing, some really hilarious sequences and deaths, and a bit of a self aware quality, this film fits well into the Shaun of the Dead-type league of successfully playing off of its genre, while becoming an entry into it. 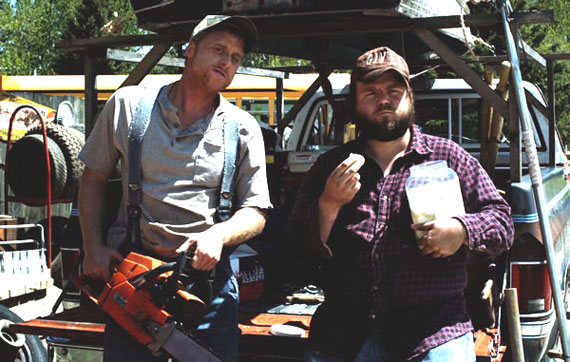 The film stars Tyler Labine and Alan Tudyk as Dale and Tucker, two best friends from West Vigrinia, who are on their way to their new vacation cabin up in the woods.  The cabin is a fixer-upper of sorts, but it gives the two a chance to have some fun, drink some beer, and go fishing.  At the same time, a group of college kids on their spring break are also on their way to go camping in the woods.  A brief stop at the general store leads to the two groups briefly encountering each other, with the college kids feeling put off and quickly wanting to get away.
Later on, we find Tucker and Dale fishing out at night, while the college kids happen to all be hanging out quite close in the same lake as well.  One of the college kids, Allison (30 Rock’s Katrina Bowden), happens to spot Tucker and Dale, while climbing on some rocks, slips and falls into the water, knocking herself unconscious.  This only leads to one misunderstanding after another, as Tucker and Dale rescue Allison from the water, with the other college kids only believing to have seen her be kidnapped.  While the duo tend to Allison’s wounds and befriend her, the rest of the college kids think they need to do what they can to rescue their friend.  Despite good intentions, one bad thing after another happens, as the kids start to eliminate themselves one by one, with Tucker and Dale always seeming to be around at the scene of the accident and perplexed as to why they keep killing themselves. 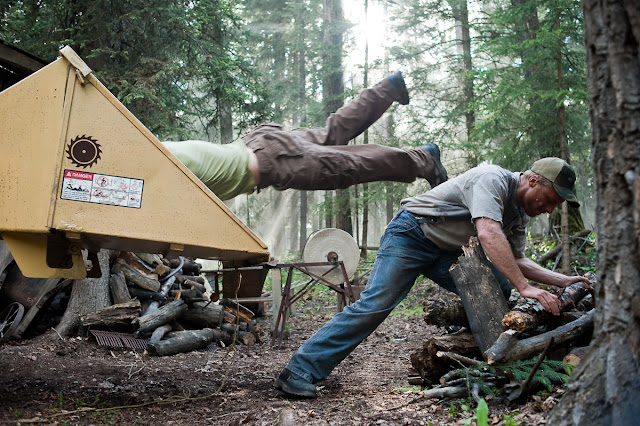 I really enjoyed this movie for many reasons.  For one, it is very funny and probably features one of my favorite laugh out loud moments of the year.  There is a great level of awareness from writer/director Eli Craig, who manages to wonderfully pull off the bait and switch involved in having the hillbillies be the good guys, constantly trapped in hilariously awful situations.  Lots of praise also goes to Labine and Tudyk, who make for a great comedy duo, providing for plenty of nice bits of dialogue, back and forth between each other, and physical comedy.  Jess Moss, who plays Chad, the leader of the college kids, is also a lot of fun, playing his role completely over-the-top, as he works hard at convincing the others that they are dealing with really bad people.  And then of course you have the death scenes which are a great mix of horror-type violence and shock value styled comedy, which works very well for the film.
Another big factor in what I enjoyed about this film was its filmmaking style.  There is a great amount of care put into how this film has been shot in order to make it look like a “cabin in the woods”-style slasher film.  As a result, the atmosphere manages to clash in a very fun way with the actual plot and humor within the film.  The gore is stylized and the cinematography has a saturated look to it, but the film is still played effectively for laughs.  While some films would only be able to get away with this as a short-length feature, I was quite pleased at how Craig and his crew were able to pull off this distinct tone throughout. 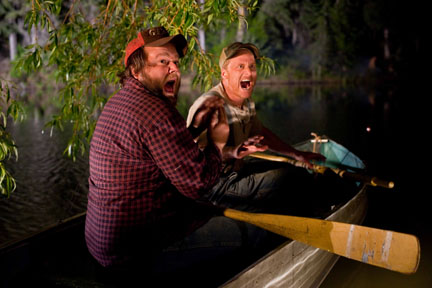 Adding to the fact the film is quite funny, bloody, clever, and well shot, there is also the element of friendship.  I genuinely enjoyed the relationship between Tucker and Dale that was presented here.  These two are great buddies and the film does not let you forget that.  These two care and look out for each other, which was a good way to keep its audience caring about what happens, regardless of the deaths occurring between the purposefully one-dimensional college kids.  The film is tightly paced, but one still manages to take enough away from these characters that keeps them from being forgettable.  I wouldn’t mind encountering Tucker and Dale again in another adventure that involves a series of unfortunate events. 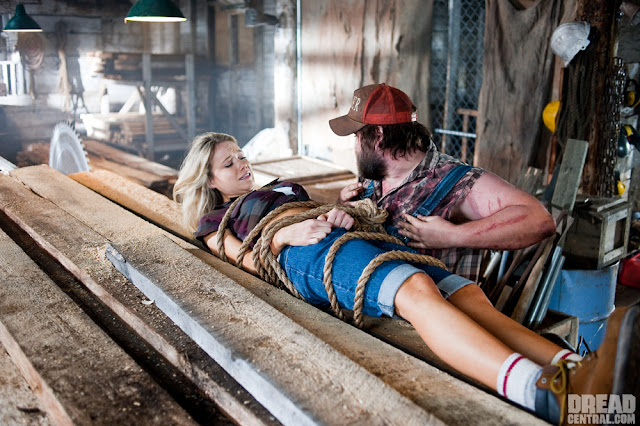 Tucker & Dale vs. Evil is wonderful little comedy-horror-of-sorts that should not be overlooked.  It is wonderfully clever and funny, with a great spin on an old concept.  The main actors make a great pair and Bowden aint too bad to look at neither.  Some creative death scenes only add to the fun of the film.  One should certainly try and seek out this film, as it has plenty of entertainment value to offer.

Jason: You shouldn't be smoking anyway, Chloe, it's not good for you.
Chloe: Yeah, well, fucking dying isn't good for you either but that doesn't seem to be stopping anybody! 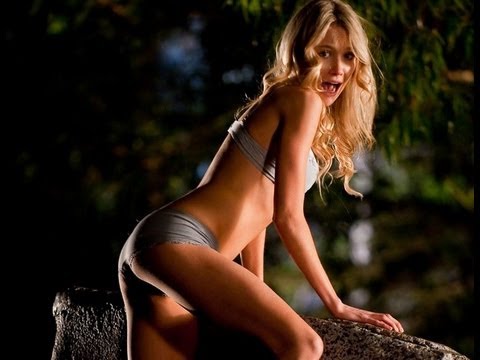