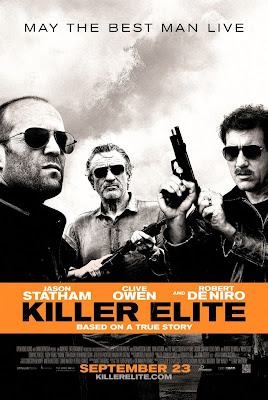 Danny:  I’m done with killing.
Agent:  Well, killing’s not done with you.

It is sometimes fun to write about the various adventures of Jason Statham, but other times it can present a challenge.  Being perhaps the only pure modern action star of today, when Jason Statham makes a fun action movie, it is worth getting excited about and easy to go into detail about his latest wild and crazy adventures (see Crank, The Transporter).  On the other side of things, when Statham makes a fairly generic action film, it becomes a bit tedious to try and find what separates it from the others (see The Mechanic, War).  There is that third option as well (see Snatch, Lock Stock, or The Bank Job), which involves Statham embracing a different side to his natural cool factor that is not nearly embraced enough.  Unfortunately, as much as I could have hoped for either option 1 or 3, Killer Elite falls into the generic category, which is only slightly aided by the presence of two well qualified co-stars. 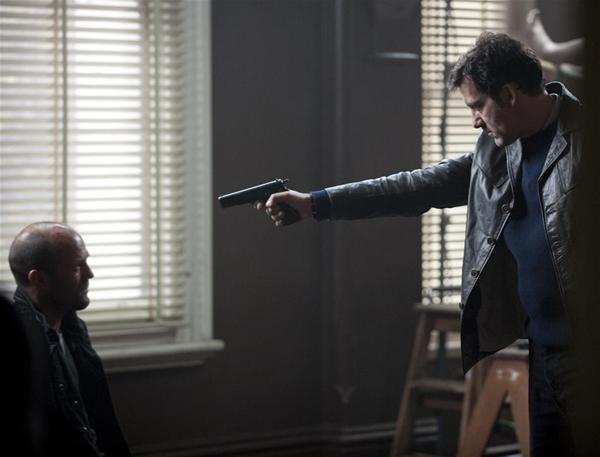 Jason Statham stars as Danny the hitman.  Danny is former British SAS, now working with his mentor figure played by Robert De Niro.  The film is set in the 1980s, following the SAS involvement in the Oman War, which will come into play later.  For now, to begin with, we have Danny on a mission with De Niro (credited as Hunter), which mostly goes as planned, until Danny spots a child in the car of one of his assassination targets and decides it is time for him to quite the business.  Following a year off, living an isolated life down in Australia (minus the presence of the obligatory love interest played by Chuck’s Yvonne Strahovski), Danny receives word that Hunter has been kidnapped, forcing him to head to Oman and find out why.
It appears that Danny is now being forced by an Omani chieftain to enact revenge on three SAS soldiers responsible for the deaths of three of his sons.  If Danny completes the mission, he’ll get Hunter back and make a little cash on the side.  Despite the reluctance to kill, Danny accepts, recruits his old team, and makes with the planning.  The only unfortunate part of this whole operation is the presence of another league of ex-SAS soldiers, known as “The Feather Men”, which is lead by Spike (Clive Owen).  Spike is tasked with keeping the targets safe and finds challenge in working against a rival professional.  It should also be noted that this whole espionage-action-escapade is apparently based on a true story, which I would assume includes the part where Jason Statham escapes capture by jumping through a window, while tied to a chair.

I can’t say that I was really let down by this film, as I pretty much got what I was expecting; however, I can say that I wish it was at least fun, which it wasn’t really.  I think the biggest problem with this film is how it decides to treat its action.  Some of the action feels more serious, such as the opening sequence and some other scattered moments, while at other times, you have Statham fighting, while tied to a chair or Statham jumping blindly off rooftops.  The constant here is Statham, who can look cool doing pretty much anything (I bet he even looks cool while ironing his jeans), but the situations around him seem all over the place.
There are some decent plot elements to this film, which at first seemed to be awfully convoluted, but eventually made its objectives clear during the enjoyable second act, only to feel like it overstayed its welcome upon reaching the third act.  There really are a few different films here, with one serving as a buddy film, another as a Mission Impossible-type assassin adventure, and another as a Spy vs. Spy-type film.  I just wish it stuck with one or two all the way through and made the whole thing tighter.  I was surprised to see the runtime was only 105 minutes, because it felt much longer.

I did find the film to be decently made for the most part.  Gary McKendry is making his feature length debut here and does so with some confidence.  While it does not have a whole lot in the way of memorable sequences, there are a number of compelling action sequences.  One involves an early showdown between Statham and Owen, beginning with a small car chase that had me excited due to the fact that this film had both The Transporter and the man who was once known for BMW action short films against each other.  Another scene involves a slick rooftop chase.  And of course you have the “Statham-tied-to-a-chair” sequence.  Again, the film does not amazing action, but there is some decent enough stuff here.  It also didn’t hurt that this film embraced the R-rating.
The added element that slightly elevated this film was the presence of Clive Owen and Robert De Niro.  It is just too bad that the film gives them little to add to it.  Clive Owen looks perpetually pissed off and is rocking a really ugly mustache throughout and De Niro gets to prove that he is of course quite capable anywhere, but just doesn’t seem to care about the projects he gets involved in.  With that said, Owen vs. Statham provides for a satisfying setup and getting to watch De Niro get involved on some action makes for a good moment or two; just do not expect much to come from his presence in this film. 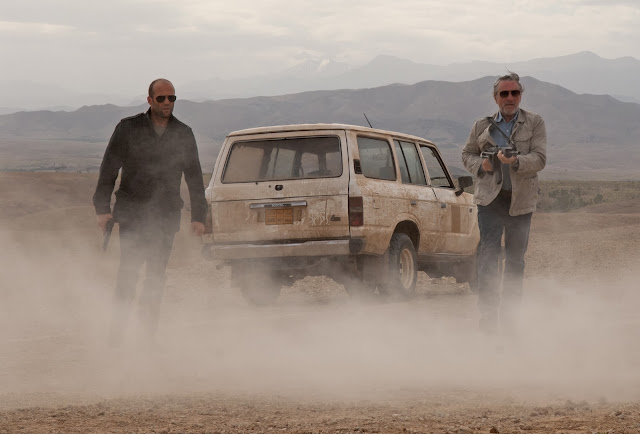 Killer Elite doesn’t land on its face, but it also isn’t a rousing success.  It is a fairly generic action film with some intriguing ideas for a plot and an above average cast.  For the sake of my own enjoyment of the reference, as much as I did enjoy seeing Jason Statham attempt to resolve his situation of being tied to a chair while fighting off a couple guys, it was not enough to make the film more worthwhile.  I’ll remain a fan of Statham’s, of course, but I still hope for something more compelling next go around, akin to Snatch or The Bank Job, or something really fun, like Crank 3: Don’t Touch the Lava.

Danny:  The war isn’t over until both sides say it is. 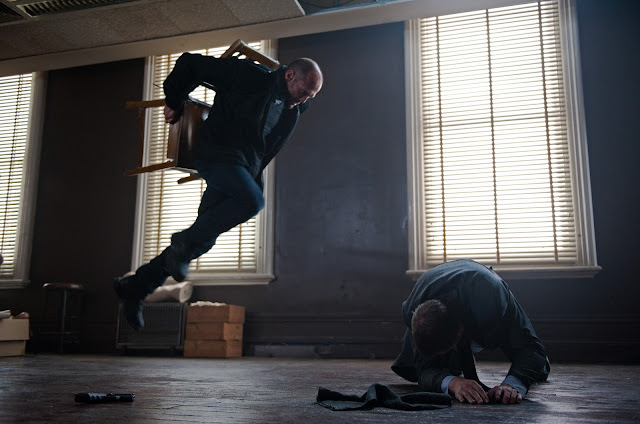