‘The Debt’ Is A Decent, Late Summer Distraction 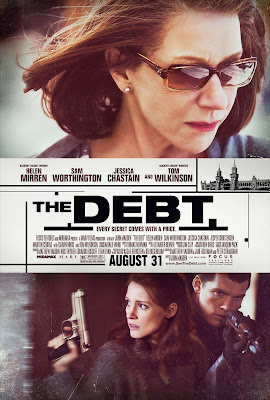 David:  What if we could go back?  Would it be different?
Rachel:  We can’t go back.

After a year long delay, The Debt has now arrived in theaters.  While at one time thought to be a possible Oscar contender, it now seems that it has been dumped into the end of summer release period.  While this is not something that necessarily matters in relation to my thoughts on the film, the positioning of this film’s release does seem expected at this point.  Despite its potential to have been something better (I should add that it is a remake of a 2007 Israeli film), it ultimately amounts to having some strong moments and a good cast, but does not manage to bring things together quite well enough by the end.  I was intrigued enough by the 70s-style espionage elements early on, but less so by the film’s conclusion.  The Debt maybe didn’t deserve to be dumped into theaters; it just doesn’t match its assumed prestige status. 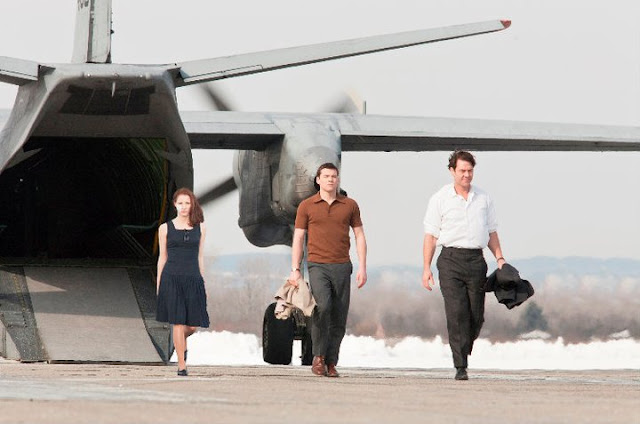 The film begins in 1997.  Retired Mossad secret agents Rachel (Helen Mirren) and Stefan (Tom Wilkinson) receive shocking about their former colleague David (Ciarán Hinds) during a special celebration. All three have been praised for decades by their country because of the mission that they undertook back in 1966, when the trio (played in their younger days, by Jessica Chastain, Marton Csokas, and Sam Worthington) tracked down Nazi war criminal Vogel (Jesper Christensen) in East Berlin.  Amidst all of the fame and praise they received over the years, Rachel’s daughter has now written a book about the events her mother and colleagues were involved in.  Before moving onto further events occurring in the 1997 timeline, much more attention is given to what exactly went down back in 1966.
During this time, the team was at great risk, and at considerable personal cost, but managed to accomplish their mission.  Or did they?  We find that there were various complications when it came to completing the objective, which included sheltering their despicable hostage and dealing with his mind games, as the trio waited for further orders concerning what next steps they should take.  It truly becomes tense times for all involved.  The suspense builds in and across these two different time periods, with startling actions and surprising revelations, leading to considerations that need to be made concerning the status of legend versus history. 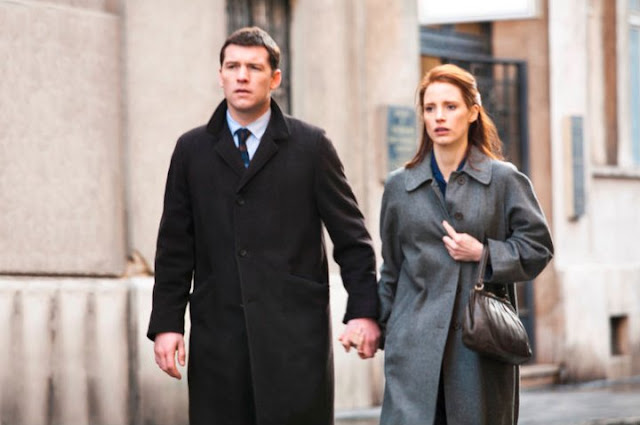 I really dug the vibe of the film when it decided to be an espionage thriller.  Not so much when it decided to be a dramatic love triangle story.  When the film settled into its more prominent 1960s setting, the film operated at an appropriately tense pace, especially in the mission-related moments.  Having the Rachel character essentially play as bait, in a pretty vulnerable way, as the team worked to capture the evil doctor was quite effective.  In Addition, watching that whole part of the mission play out as a heist plot gone wrong was also quite entertaining.  This is all followed by the meat of the film, which has a tied up Jesper Christensen (probably best known as Mr. White from the recent James Bond films) having a psychological battle with his captures.  It’s all fairly intriguing stuff that is paced just like a spy thriller coming out of the 70s.
Less impressive is how the film uses the romance aspect as more of a way to move the plot along then as something that seems to come naturally.  I like all the players involved for the most part, but the way this film makes them fall for each other in such an inevitable sort of way was a bit too much.  It did, however, make for an interesting way to stage things when it came to the 1997 time period.  Having a handle on how these relationships managed to work out could have made for a more interesting story if it were not for what this film does end up doing in its third act, which I will now get to. 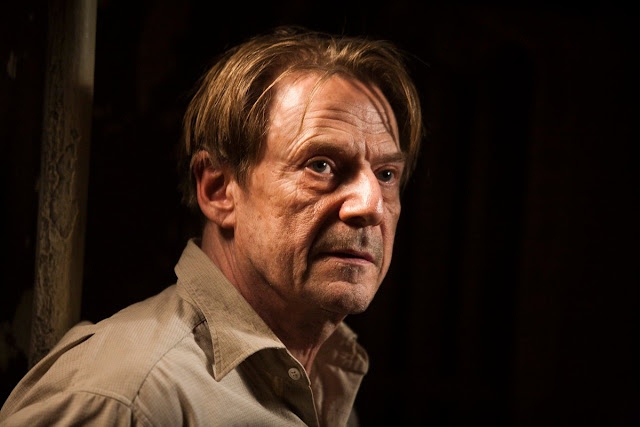 It is to the strength of having this older cast playing the older versions of these characters that the film does not fall apart completely at the end.  It is not a matter of being too ridiculous, but just that it follows suit in being a fairly conventional way to end a film that to that point was pretty interesting to watch.  Helen Mirren has all the talent in the world to keep herself elevated above the material that she is working with here, but there are still missteps that keep a good movie from becoming a better movie.  The Debt could have done itself more favors by scrapping the conventional thriller stuff and exploring more in the way of its themes concerning these characters’ guilt and facing up to truths in a way that didn’t involve Mirren being sneaky.  Sure the film is already pretty somber in tone, but I would have appreciated that follow through more.
The film was directed by John Madden, who has applied an old school-style to this film, which I was pretty into.  The pace is fairly relaxed, especially in its midsection, but comes alive during the more tense sequences.  The score by Thomas Newman was an element of the film that I did enjoy quite a bit and aided in my appreciation of the tone that this film was going for.  Curiously, the film was co-written by Matthew Vaughn and Jane Goldman, the team behind Kick Ass and X-Men: First Class.  Given how much I have been enjoying Matthew Vaughn’s work as a director, I would be way more interested in a version of this film directed by him instead (although given how cool the spy-like Magneto-related scenes were in X-Men, it seems like I already got my wish). 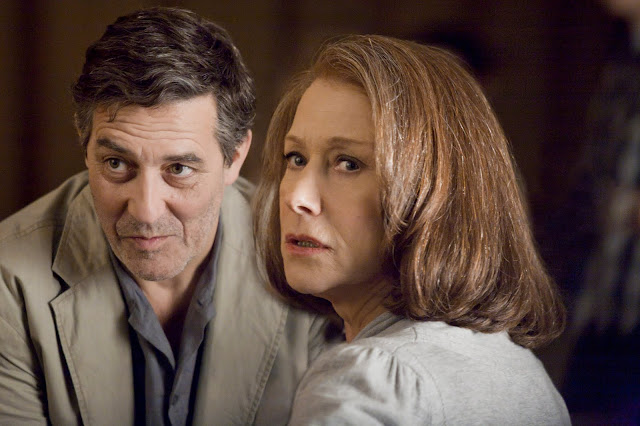 On the whole, I do think this film is pretty decent; however it has some pretty obvious issues.  While The Debt manages to have well cast individuals in the older roles, it does not give them a lot to work with.  The younger actors are fine enough, with Jessica Chastain continuing to make this her year as far as putting herself on the map.  There is a good portion of the film that is quite enjoyable and wonderfully tense; I just wish the whole thing could have balanced out properly.  Getting back to how I started, this film may just be entering theaters, before it moves quickly out of theaters, but there is enough here that I would say go and check this film out if you can, or wait to rent it, because it is solid enough as an adult-oriented spy drama. 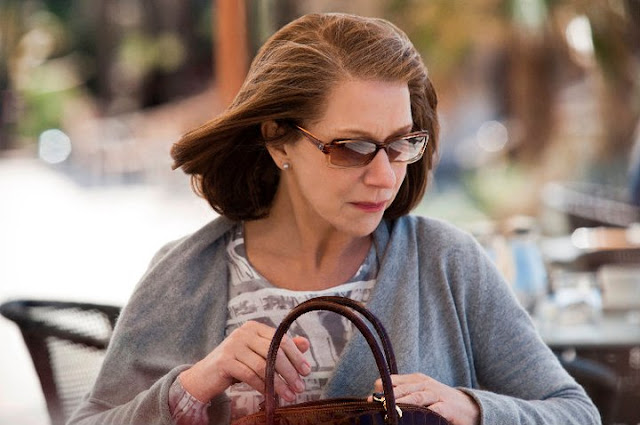